On 24 December 2020 the Fiscal Procedure Code in Romania was amended and several fiscal-budgetary measures were approved. This law came with many important changes in the area of fiscal law, but it also impacts, to a large extent, the field of white-collar crime.

One of these modifications refers to the fact that the suspicion of tax evasion will be presented in a report by the tax inspectors and submitted to the criminal investigations bodies:

‘The result of the tax inspection shall be recorded in writing in a tax inspection report, which shall set out the findings of the tax inspection body from a factual and legal point of view and their tax consequences – unless the findings are related to the perpetration of some deeds provided by the criminal law in connection with the means of proof regarding the establishment of the tax base that are the object of the fiscal inspection, for which are applicable the provisions of Article 132. The application procedure is approved by order of the President of the NAFA.’

‘The tax inspection body has the obligation to notify the competent judicial bodies in connection with its findings during the tax inspection, which could meet the constitutive elements of an offence, under the conditions provided by the criminal law.’

The novelty consists in the addition of the exception from the previous situation. Prior to this modification, there were often situations in which the taxpayer subjected to the tax inspection, when finding suspicions of tax evasion offences, would have parallel proceedings being carried out against them, both fiscal and criminal.

Moreover, these dual proceedings often resulted in contradictory solutions (ie the basis of Romania’s conviction for violation of Article 6, paragraph 1 of the Convention, at European Court of Human Rights in Lungu & ors v Romania [2014]).

In Lungu & ors v Romania, the applicants were subject to dual proceedings, fiscal and criminal. As a result of the fiscal dispute procedure, the Suceava Court of Appeal has finally ruled that the transformation and resale of the tyres were legal and gave the applicants the right to tax facilities.

In the criminal trial, based of a new expertise, the judge ruled that these operations were illegal and that based on this operation the applicants unduly benefited from tax benefits.

The European Court of Human Rights stated that:

This duality determined two different rulings with opposing conclusions about the same conduct of the applicants, which cannot be accepted in a state of law.

Lungu & ors v Romania is an eloquent example of the situations that can appear in a case with two independent sets of proceedings for the same conduct of a person in tax obligations matters.

The change of the Fiscal Procedure Code came as a sign of evolution and it is, indeed, a drastic improvement. Therefore, when the inspectors from the National Agency of Fiscal Administration (NAFA) decide a tax inspection and suspect that the taxpayer had committed an offence related to its tax obligations, they have the obligation to directly notify the criminal investigation bodies. In a situation like the one described above, the NAFA inspectors would no longer establish the amount to be paid by the taxpayer.

This modification of the Fiscal Procedure Code corrects a legislative error, which allows the taxpayer to pay its fiscal obligations following the taxation decision issued before its situation was clarified.

Practically, issuing the taxation decision at the end of the tax inspection in addition to the notification by the criminal investigation bodies of the suspicion of an offence – determines two procedures in parallel, which may have had contradictory outcomes, as happened in the case of Lungu & ors v Romania.

In its transitional provisions, Law No 295/2020 provides that this modification also applies to tax inspections in progress on the date this law entered into force.

In conclusion, this amendment corrects a legislative deficiency that could lead to unacceptable situations in a state governed by the rule of law, as happened in Lungu v Romania, and is relevant both for the fiscal and criminal law fields. In the end, the beneficiary of this modification is the taxpayer, who now has the chance to have its situation clarified and avoid the problems caused by the dual proceedings. 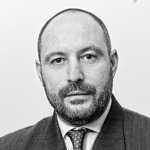