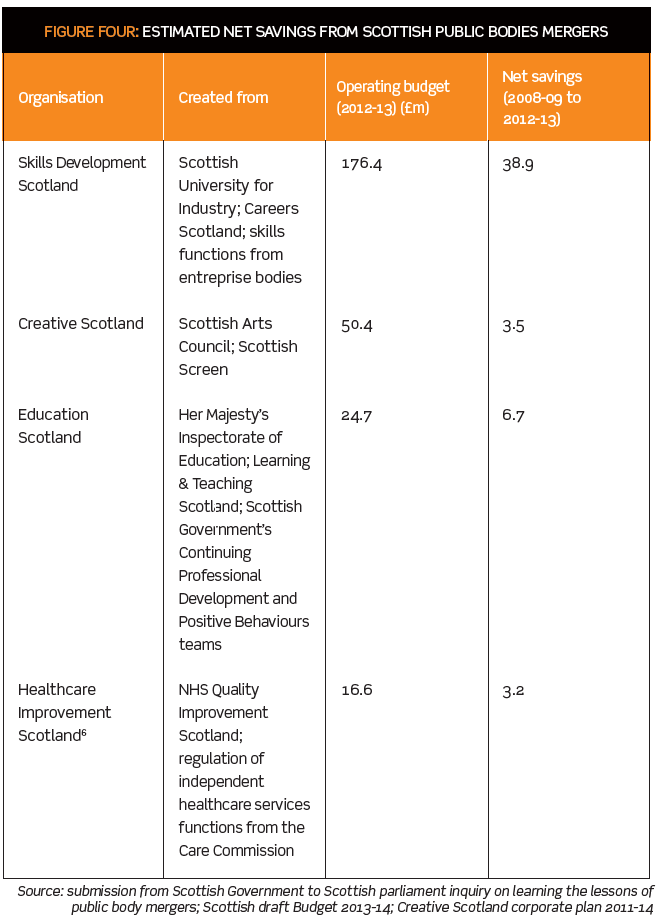 This article reviews the Scottish Government’s proposals to establish a Scottish Competition Authority in the event of a vote for Scottish independence in September’s referendum. It also identifies some of the potential implications of the proposals for business in Scotland as well as the many unanswered questions that remain.

In many ways the Scottish Government would be restricted in its choice of any new policies or enforcement action under competition law by the EU competition law regime. This would still apply to Scotland in the event of independence, assuming it became an EU member state. However, there is a clear preference for consumer protection as a priority policy in the relevant proposals. For this reason, one of the more interesting aspects of the Scottish Government’s  policy papers since February 2013 has been the analysis of the approach taken in countries such as Sweden, Denmark, Finland and the Netherlands as well as Australia  and New Zealand.

The Scottish Government paper ‘Economic and Competition Regulation in an Independent Scotland’ (February 2013) summarises its vision for regulation in the executive summary (page one):

At the end of the section on ‘Vision for Regulation’ in the February 2013 paper (page three), emphasis is placed on competitive markets as the central component of the Scottish economy:

‘Competitive markets are, and will continue to be, an essential component of the Scottish economy. They are of vital importance in delivering goods and services cost effectively to consumers. Well-regulated competitive markets can maximise consumer welfare and boost economic growth, creating jobs and driving innovation. When markets work well, firms prosper by providing what consumers want better and more cost effectively than their competitors. However, in some instances, when left to their own devices, markets will not necessarily deliver the best outcomes for consumers, companies or government. This is particularly the case for those markets with natural monopolies where there is a lack of competition or barriers to entry. A robust competition regime will give confidence to established businesses in Scotland, as well as to those wanting to set up here, that Scotland is a place to do business.’ In the February 2013 paper, the Scottish Government analysed two options in light of the evidence set out in Annex A of the paper, which confirmed that merged bodies tend to achieve financial savings over the operating costs of separate bodies. Consequently, consideration was given to integrating the required economic and competition regulatory functions into a single body, or at most two.

The option analysis in figure one highlights the various functional groupings which the Scottish Government has considered and discussed with regulatory experts across the UK, as well as with regulatory contacts in the Netherlands, Australia and New Zealand where similar models are established. The analysis considers increasingly integrating the economic and competition regulatory functions from the six individual UK bodies, through models of combined utility (energy, water, communications) and combined transport (rail, aviation) to, ultimately, one combined economic and competition regulator.

In Annex A to the February 2013 paper, the Scottish Government analyses UK and international regulators with a view to comparing the costs and staffing of the UK economic regulators and competition authority with those of various international bodies in other countries and the estimated net saving of Scottish public body mergers.

The three figures in figure two provide interesting information in the form  of the evidence relied upon by the  Scottish Government. Finally, a number of reports from the National Audit Office1 have found that the cost reductions from shared services, such as finance, IT, procurement, facilities management and estates management, can be as much as 20%. This is based on evidence from case studies undertaken by the NAO, UK government departments and the private sector.

Overall, the evidence gathered to date on the scope and scale of efficiency savings which may be realised from creating a combined economic and competition regulator in an independent Scotland suggests that:

‘We have considered two structural options for delivering the proposed integrated approach, both of which would ensure that:

Both the models would be supported by a separate overarching Consumer Ombudsman, which an independent Scotland could develop in a similar style to that of the Netherlands. Its “Geschillencommissie” system has a broadly unified system for all Consumer ADR bodies, with a separate Ombudsman structure for 18 financial services. Within the current UK landscape there is no unifying structure and the sectoral systems of 95 schemes over 35 sectors4 are a somewhat confusing mixture of models. However, a Consumer Ombudsman cannot resolve issues which fall to the courts or regulators and changing the rules is a matter for parliament, not courts and regulators. Systems, therefore, would need to be designed to enable all these levers to work together.

As the United Nations Conference on Trade and Development (UNCTAD) noted in its 2012 Report on Consumer Protection and Competition Policy5:

“… both competition and consumer policies act to protect consumers’ wellbeing and are mutually reinforcing. Competition policy seeks to spur suppliers to offer better deals to consumers.”’

The August 2013 paper, while primarily focusing on consumer policy issues and the desirability of a single Ombudsman replacing the 95 individual Ombudsmen currently in existence, left open the ultimate choice between a tripartite  and bipartite model for economic  regulation, competition regulation and consumer policy. However, it is understood that finance secretary John Swinney MSP indicated at the launch of the paper that the Scottish Government favoured the bipartite approach.

Then in November 2013, the Scottish Government published Scotland’s Future – Your Guide to an Independent Scotland. This did not add much on the proposed options for the structure of a competition authority in an independent Scotland though, in a single paragraph under the heading ‘Streamline Competition and Regulation Policy’, the guide did confirm the preference for a bipartite model:

‘Competition is a key driver of productivity, exports and consumer value and choice. An independent Scotland, as part of the EU, will  continue to meet the regulatory requirements associated with membership – many of which relate to the operation of the single market. We will also develop and deliver a streamlined and efficient regulatory model with a combined regulatory body with a single, strong voice, both in Scotland and internationally, on competition and consumer issues.’ (emphasis added) While Scotland’s Future favoured the bipartite model ‘separating economic regulation from consumer and competition regulation’, following in the footsteps of Ireland and the Netherlands, the details  of the regulatory model are sparse in  the guide.

The first question is when would the new competition authority be established? The Scottish Government envisages a transition period of 19 September 2014 to 23 March 2016 should it win the referendum, with ‘independence day’ on 24 March 2016. This is not much longer than was allowed by the UK Government to amalgamate the Office of Fair Trading (OFT) and the Competition Commission (CC) into the new Competition and Markets Authority (CMA) as of 1 April 2014. However, those institutions had been in existence for a long time and the challenge was one only of merger  and assimilation.

The next question is who would make up the staff of the new Competition Authority in Scotland? There has been little competition law enforcement in Scotland to date and very few stand-alone court cases brought before the Court of Session. There are of course competition lawyers in private practice, but few in the Scottish Government. It may be that competition lawyers and economists could be recruited from other EU countries or that Scots working in the competition law field  outside Scotland might return. It would  be essential for a new authority to recruit high-calibre personnel in order to avoid  a risk that the quality of enforcement  would be low both in terms of decision making and guaranteeing procedural safeguards. This in turn may have a negative effect on the respect required from business for compliance with the competition rules. The few indications as to the policy steers that an independent Scottish Government might give to a new competition authority suggest that business may have to deal with a new form of industrial policy, or market regulation in sectors such as  energy or transport. On the other hand,  the prioritisation of consumer protection policy might improve consumer outcomes  in Scotland.

It would be easy to make a longer list of what would need to be done in the event that Scotland had to establish a national competition authority. The Scottish Government’s competition papers (and guide) provide some detail about how  the proposed system would work in practice, but there are many questions  left to be answered.

Changes to the Immigration Rules 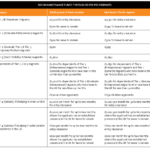 In April 2014, the government made a package of changes to points-based system (PBS) work routes to improve flexibility for applicants and help boost economic growth. The changes include amendments across all tiers of the PBS and some minor changes to the rules on family and private life with updates to the minimum salaries and …

END_OF_DOCUMENT_TOKEN_TO_BE_REPLACED

Collective actions can significantly increase litigation exposure for businesses. Progressively, collective action rules are being proposed and introduced in more jurisdictions. The last few months have seen steps at both European and national level towards the adoption of new legislation designed to facilitate actions for collective redress. Sarah Croft, of Shook Hardy & Bacon International, …