It is an undeniable truth that the regulatory framework and law in relation to anti-corruption in India has undergone a significant change in the last couple of years. Considerable amendments have been made that have tightened disclosure requirements in the light of swelling number of financial frauds in India. To that end, the government of India in 2020 continued to remodel the anti-corruption regulatory landscape. We have analysed below the two most crucial developments in recent times.

The FCRA regulates the acceptance and utilisation of foreign contributions or hospitality in India and was recently amended with the objective of enhancing transparency and accountability in the receipt of foreign contributions, with effect from 29 September 2020. The amendment was notified in the wake of austere government action suspending licenses of certain non-government organisations (NGOs) for non-maintenance of proper accounts and non-filing of annual returns.

Prohibition on sub-granting of foreign contributions

Among the changes introduced by the amendment, a significant one for NGOs is a complete prohibition on sub-granting of foreign contributions (as opposed to the erstwhile provision where prior permission was required for such transfers). Simply put, a registered NGO can no longer sub-grant any portion of a foreign contribution to any other registered or unregistered NGOs. Consequently, this has had a telling effect on smaller NGOs who are financially reliant on larger ones, and on Indian branches of international NGOs acting as intermediaries for funding other smaller NGOs. Given that the smaller NGOs generally lack the ability to attract foreign donors themselves, prohibition of their financial collaborations with larger domestic NGOs or international NGOs (through their Indian branches) may prove to be a substantial operational impediment.

Centralsing flow of foreign contributions through a designated account

The most contentious change however seems to be the requirement of receiving foreign contribution only in a designated ‘FCRA Account’ at a designated branch of the State Bank of India in New Delhi. While the Ministry of Home Affairs issued a public notice subsequently on 13 October 2020 clarifying that NGOs can activate bank accounts at the NGO’s nearest State Bank of India branch across India, this change clearly highlights the government’s intent of centralising the inflow of foreign funds for effective monitoring.

Ceiling on administrative expenses and mandatory usage of AADHAR

Another important change that was brought by the amendment is the reduction of the cap on administrative expenses (salaries, travel expenses, telephone charges, rent etc) that may be incurred out of foreign contribution from 50% to 20% in a fiscal year. This lower ceiling is aimed at constraining the diversion and utilisation of funds for non-designated purposes under the umbrella of ‘administrative expenses’. Further, the amendment seeks to lift the organisational veil by requiring natural persons who ultimately manage the NGOs (eg directors or key functionaries) to provide their AADHAR number (a form of social security number in India) for the NGO’s registration.

The amendment has stirred a fair amount of public discourse for its regulatory approach where the most common criticism appears to be that the amendment may stifle the autonomy of the non-profit sector. Companies whose contribution would be categorised as a foreign contribution under the FCRA should eliminate any sub-granting provisions in their arrangements with NGOs. Further, such companies will have to ensure transfer of funds exclusively in the designated ‘FCRA Account’ of the NGOs. Lastly, they must undertake reasonable scrutiny to ensure that the administrative expenses of the partnering NGO do not exceed 20% of the foreign contribution by explicitly recording this in the purpose of utilisation (schedule) and continued monitoring.

On 8 October 2020, the Securities and Exchange Board of India (SEBI), the regulator of the securities and commodity market in India, amended the SEBI (Listing Obligations and Disclosure Requirements) Regulations 2015, as amended (LODR Regulations). The LODR Regulations now require listed entities to make certain disclosures in case of initiation of forensic audits (by whatever name called), specifically:

Types of ‘forensic audits’ that must be disclosed

While failing to define what qualifies as a forensic audit in the amendment, SEBI has, in subsequent FAQs on the matter, clarified that:

Forensic audits initiated by the company must also be disclosed

SEBI has stated that forensic audits need not be necessarily initiated by third parties and that a disclosure requirement is triggered even if the management of the listed entity initiates a forensic audit. Since the amendment does not seem to indicate any retrospective effect, it will apply to all audits which are initiated and audit reports which are finalised after 8 October 2020.

As investigations by regulatory/enforcement agencies resulting in any material regulatory action are already covered under extant disclosure requirements, the amendment appears to plug the gap in the unequal access to disclosures. The amendment has nevertheless faced criticism, primarily because premature disclosures of this kind may harm the reputation of the company and create  stock volatility even if the final audit report is bereft of any actual wrongdoing or fraud.

Interestingly, the second limb of the amendment requires disclosures of the final forensic audit report along with management remarks except for reports initiated by regulatory/enforcement agencies. From SEBI’s agenda note of 29 September 2020, it appears that this exclusion was built in since the LODR Regulations already envisage disclosure of material actions resulting from regulatory investigations. Curiously, the language of the amendment suggests that while listed companies have no wriggle-room from reporting findings of forensic reports initiated by their management/third parties, they may refrain from disclosing the final forensic reports commissioned by enforcement agencies if they consider the findings non-material. While this point seems technical, one hopes that this is not aggressively interpreted by companies to withhold crucial findings resulting from regulatory investigations.

Irrespective of one’s opinion on this issue, this new disclosure requirement will certainly encourage listed entities to increase vigilance on matters relating to fraud, corruption or any form of financial impropriety. 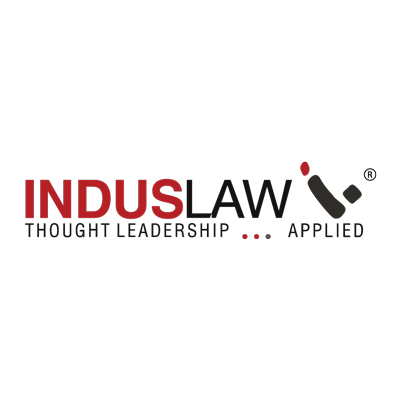 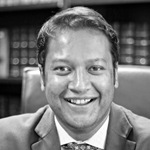 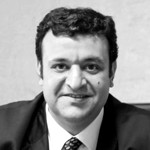 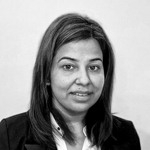