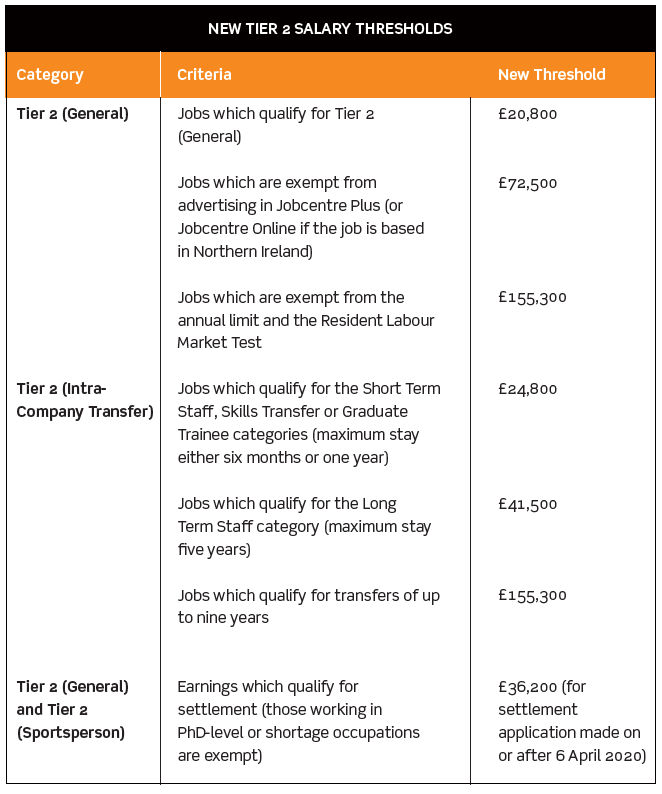 The United Kingdom has become one of the best places to live and work on the planet. This leads to a major source of population growth in the UK, but also  plays a significant role in the recovery  of the economy.

The economic, social and political aspects of immigration have caused controversy  for many years with no end to the debate in sight.

The rise in overall net migration to the UK in 2014 has shown that, regardless of the government’s endless efforts to curb migration, it remains an impossible task to reduce the numbers of foreigners coming to the UK in a free-market society.

The stronger economic growth in the UK than in other European countries is the  main factor for the increased arrival of  EU nationals.

The fact that non-EU net migration has fallen shows that the implementation of strict immigration rules has paid off.

On 26 February 2015, the Home Office published their Statement of Changes, which outlines further changes being made to the Immigration Rules as an ongoing attempt to manage migration. These changes came into effect on the 6 April 2015 and are likely to have an effect on employers who employ non-EU skilled workers.

The changes include an attempt at strengthening the Tier 1 process, amending Tier 2 to create greater flexibility for businesses and simplifying the existing rules to enter the UK as a visitor to help support economic growth.

This route will close for extension applications in April 2015.

The Home Office will continue to accept Indefinite Leave to Remain (ILR) applications made under Tier 1 (General) until April 2018.

Applicants will be given the option of how much leave they wish to apply for. Individuals will be permitted to apply up to the current maximum of five years, or five years and four months in the case of entry clearance applications.

This change will be made alongside the introduction of the NHS surcharge payments. Applicants who apply under this category can now come to the UK for shorter periods and will not be required to pay the maximum leave period surcharge payment.

The Tier 1 (Entrepreneur) category accommodates applicants who come to the UK to set up, take over, or be involved as directors in the running of a business in the UK.

Changes to this category will be as follows:

While previously this was not a mandatory document, all initial Tier (1) Entrepreneur applicants will now need to submit a business plan as part of their application.

The Tier 1 (Graduate Entrepreneur) category accommodates graduates who have been authorised by UK Trade and Investment or UK higher education institutions to establish business in the UK.

From 6 April 2015, in order to maintain consistency with the Tier 1 (Entrepreneur) category, these applicants will be restricted from engaging in businesses principally concerned with property development or property management.

The following major changes will be made to this category:

As long as the investor does not withdraw any capital, buying and selling investments will still be permitted.

Changes will be made to the Shortage Occupation List. These changes are  as follows:

After a recommendation from the Migration Advisory Committee, the government intends to make a further change to the Shortage Occupation List. This relates to graduate occupations in the digital technology sector, for recruits of scale-up companies.

Changes will be made to the annual minimum salary thresholds and appropriate salary rates for individual occupations (set out in codes of practice). These rates will also apply to settlement applications made by work permit holders.

The new salary thresholds are outlined in the table on this page.

The Tier 2 (General) annual limit will be rebalanced to increase the number of places available at the start of the limit year from 1,725 to 2,550. The overall size of the limit (20,700 places each year) will not be changed and unused places will continue to be carried over from previous months until the end of each limit year. A change will be made for applicants applying for leave to remain under Tier 4 on the Doctorate Extension Scheme and who intend to pursue a period of study or research in one of the disciplines included in Appendix 6. They will not be required to apply for an ATAS clearance certificate if the hold a valid certificate in respect of that particular course or research.

The British Council have requested that  the ‘UK-India Education and Research Initiative’ scheme is removed as this is  no longer in use.

The Visitor routes have been redesigned.  There are now only four routes as opposed to the previous 15 routes. The four routes are as follows:

In addition to this, new activities will be added to Appendix 3 of the new visit rules. These are follows:

The list of approved English language tests has been updated. It has removed many of the previously accepted tests.

The following test providers are no  longer listed:

The new test providers are Trinity College London (UK only) and IELTS SELT Consortia (UK and rest of world).

A seven-month transitional period has  been introduced to aid those who have already taken their test ahead of these changes. As long as the test was passed before 6 April 2015, the test results  can be used in applications up until  6 November 2015.

The changes in Immigration Rules have had a positive effect on immigration from outside Europe, but it is impossible for  any future government to reduce net migration from within Europe without negotiating a radical change to the principle of freedom of movement that underpins  the European treaties.

Skilled economic migrants from outside the European Union are contributing to the economy as they are highly likely to work and pay taxes. They have no right to claim any benefits and yet the government is still focusing on limiting these skilled people to come to the UK as they can easily control this category of immigrants.

A political solution may be to prevent EU nationals from claiming benefits in the UK unless they have lived and have been contributing to the UK economy for at least five years.

How correct is the total figure of net migration? There does not appear to be a reliable scientific method of measuring the numbers. Without knowing the exact numbers, it might be easy to use immigration as a scapegoat for mismanagement and under-investment, which leads to problems in the national infrastructure including housing, the NHS and education.

It is also time to acknowledge the contribution economic migration makes to the thriving UK economy which has seen a reduction of unemployment of 102,000. The unemployment rate remains 5.7% but it is at its lowest level since 2008 according to the Office for National Statistics.

Immigration has helped the UK by taking the edge off the massive national debt. Whether politicians have the political courage to make this case is of course another matter.

We should welcome immigration, not fear it.

END_OF_DOCUMENT_TOKEN_TO_BE_REPLACED

In our March article, we looked at the decision in Raymond Bieber & ors v Teathers Ltd [2014], where an e-mail in response to an offer simply saying ‘noted’ was interpreted as indicating acceptance of the offer. The legal principles relating to offer and acceptance have again been put under the spotlight in the Commercial …