Scotland’s export track record is strong, with the energy (both oil and gas and renewables) and food and drink sectors faring particularly well in recent years. Scotch whisky sales alone, which account for approximately 85% of Scottish food and drink exports, were worth £4.3bn in 2013, according to the most recent full-year figures. The oil and gas sector, through supply chain and overseas subsidiaries, generates some £11bn a year for the Exchequer, while the renewables sector currently employs 11,000 people across Scotland. Overseas investors, contractors involved in installation, supply and subsequent maintenance, as well as overseas parent guarantors are often involved in these complex renewables projects.

Most businesses in these sectors will deal with overseas entities on a regular basis, be they investors, contractors or even parent guarantors, but have they properly protected their rights and ensured that customers, suppliers and borrowers will comply with their obligations?

GETTING YOUR DOCUMENTATION RIGHT

So, how do you put yourself in the best contractual position? The following is a brief checklist to ensure you get the documentation right.

It is hoped that the above documentation checklist should ensure that the agreements entered into will keep all the parties happy. However, disputes do arise and it is important to consider, when entering into a contract, which jurisdiction would apply in the event of a breach.

WHY CHOOSE SCOTLAND AS A JURISDICTION FOR DISPUTES?

There may be many factors in deciding which jurisdiction for disputes should be applied in any given contract. Below are some of the advantages of using the Scottish courts.

However, litigation may not be sufficient when dealing with an insolvent counterparty.

WHAT IF THE WORST HAPPENS AND YOU NEED TO WIND UP YOUR BUSINESS IN SCOTLAND?

Scottish companies are wound up by the Scottish courts. However, it is also possible to wind up overseas companies in Scotland under Part V of the Insolvency Act 1986, subject to certain conditions being met. The rules in this area can be complicated and are, in respect of entities incorporated in member states of the European Economic Area, affected by their centre of main interests.

In secured transactions, what are the enforcement routes available in addition to formal insolvency process? While in some jurisdictions security can be enforced by agents such as administrators or receivers on behalf of the security holder, in Scotland fixed security is generally taken by a security holder and must be enforced by that security holder. The exception to that is the floating charge where, depending on the place of incorporation of the foreign company, and whether it has a centre of main interests in a relevant member state, you may be able to appoint an administrator or a receiver to enforce. The law in this area has been subject to piecemeal amendment over the past few years, resulting in some tortuous analysis being required to work out which enforcement routes exist.

The ability to enforce overseas security in Scotland is likely to be restricted. So, for example, an English law debenture may be sufficient to allow an administrator to be appointed in respect of a Scottish entity (depending on the terms of the debenture). Be wary, however. The security constituted by the debenture will generally not comply with Scots law requirements for a fixed security and, as such, may not be capable of being ‘enforced’ in Scotland.

Head of banking and finance

END_OF_DOCUMENT_TOKEN_TO_BE_REPLACED 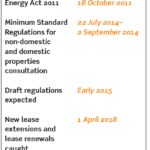