Contracting parties have increasingly been agreeing to commit themselves to some form of inter partes discussion prior to the issuance of formal proceedings. This is despite the courts’ historic lack of inclination to find such dispute resolution clauses to be enforceable. However, this looks set to change: in Emirates Trading Agency LLC v Prime Mineral Exports Private Ltd [2014] the Commercial Court distinguished the case from leading case law in this area and held that an obligation on the parties to enter into ‘friendly discussions’ before commencing formal proceedings was an enforceable term  of the contract.

In general, English law does not recognise an agreement to agree as an enforceable contract. This has historically encompassed agreements to negotiate and agreements to settle disputes amicably.

Walford v Miles [1992] has been the leading authority on the subject for the last two decades: here, the House of Lords found that a mere agreement to negotiate lacked the requisite certainty and was, therefore, unenforceable as a matter of law. Fast-forward twenty years to the case of Sulamérica CIA Nacional de Seguros SA & ors v Enesa Engenharia SA & ors [2012], and the position appears to have remained unchanged. In this case, the Court of Appeal held that an undertaking by the parties that ‘prior to a reference to arbitration [the parties] will seek to have the dispute resolved amicably by mediation’ was not an enforceable obligation, because it did not define the parties’ rights with sufficient certainty, primarily because the dispute resolution clause provided no details as to the mediator to be appointed or the mediation process to be followed.

However, legal challenges to this position in other commonwealth jurisdictions have yielded more positive results for those seeking to make the engagement of alternative dispute resolution methods a pre-condition to commencement of formal proceedings. In the Australian case of United Group Rail Service v Rail Corporation New South Wales [2009], the Court found that, although an agreement to agree was unenforceable, it did not follow that an agreement to undertake negotiations in good faith to settle a dispute under a contract was unenforceable per se.

The claimant, Emirates Trading Agency LLC (Emirates), entered into a long-term agreement dated 20 October 2007 (the Agreement) for the purchase of iron ore from the defendant, Prime Mineral Exports Private Ltd (Prime Mineral). However, Emirates encountered difficulties in finding a buyer for the iron ore and failed to lift the expected quantities during the first and second shipment years, as set out in the Agreement. Pursuant to the terms of the Agreement, which governed the parties’ behaviour in a breach situation such as this, Prime Mineral served notice of termination on Emirates on 1 December 2009. In doing so, Prime Mineral claimed liquidated damages in the sum of $45,472,800 and made its position clear: if Emirates did not make payment of the claimed sum within 14 days, then Prime Mineral would take appropriate steps to refer the claim to arbitration without further notice to Emirates.

The parties engaged in several meetings and discussions relating to the dispute between December 2009 (which is when the notice of termination was served on Emirates) and June 2010 (which is when Prime Mineral referred the claim to arbitration). However, no resolution was reached. Following the referral of the matter to arbitration under the International Chamber of Commerce (ICC) Rules, the question arose as to whether the arbitral tribunal did in fact have jurisdiction to hear the case in light of the dispute resolution clause contained in the Agreement; clauses 11.1 and 11.2 of which provide as follows:

‘11.1 In case of any dispute or claim arising out of or in connection with or under this [Agreement]… the parties shall first seek to resolve the dispute or claim by friendly discussion… If no solution can be arrived at… for a continuous period of four weeks then the non-defaulting party can invoke the arbitration clause and refer the disputes to arbitration.

Following the arbitral tribunal’s determination, Emirates brought an application under s67 of the Arbitration Act 1996 (the 1996 Act) seeking an order from the High Court that the arbitral tribunal lacked the necessary jurisdiction to hear the dispute by virtue of Prime Mineral’s failure to comply with its obligations under clause 11.1.

The key question faced by Mr Justice Teare was whether the obligation to enter into  ‘friendly discussion’ was unenforceable  as an agreement to agree.

Emirates argued that clause 11.1 was a condition precedent that must be satisfied before the arbitral tribunal could accept jurisdiction to hear the dispute. Given that the alleged requirement for a continuous period of four weeks of friendly discussions had not been complied with, Emirates submitted that this constituted a breach of the condition precedent and, therefore, the arbitral tribunal lacked the requisite jurisdiction to hear the claim.

Prime Mineral, on the other hand, submitted that the requirement to seek to resolve the dispute by way of friendly discussion first was unenforceable as it was merely an agreement to negotiate. It asserted, in the alternative, that even if such a requirement was enforceable, it had been satisfied by virtue of the parties’ meetings to discuss the issues in contention over a six-month period. Therefore, it had behaved properly in referring the matter to arbitration.

With regard to the construction of clause 11.1, it was held that friendly discussions were to be considered a condition precedent to the right to refer a claim under the Agreement to arbitration. The application under s67 of the 1996 Act was nevertheless dismissed as it was not accepted that there was an obligation to engage in friendly discussions for a continuous period of four weeks. In Teare J’s view, the condition precedent ought to be interpreted as meaning that if no solution could be found during the course of a four-week continuous period, notwithstanding the friendly discussions, then the matter could be referred to arbitration. He concluded that clause 11.1 did not refer to the actual discussions themselves, but to the minimum period of time that ought to have elapsed before formal proceedings could be commenced.

With regard to the enforceability of clause 11.1, Teare J noted the authorities to which he had been referred suggest that in English law, as it is presently understood, the obligation in clause 11 of the Agreement is unenforceable: the obligation to seek to resolve a claim by friendly discussions is no more than an agreement to negotiate with a view to settling the dispute between the parties. However, he went on to say that:

‘…where commercial parties have entered into obligations they reasonably expect the courts to uphold these obligations’.

He stated that where parties have agreed a dispute resolution clause that purports to prevent the parties from litigating or arbitrating a dispute without first seeking to resolve the matter by way of friendly discussions, then there was a public interest in giving effect to such a clause. A failure to do so would be in contravention of the parties’ wishes as at the time of concluding the contract.

Teare J distinguished, among others, Walford v Mills on the grounds that it did not involve a concluded contract, to which both parties had unequivocally committed themselves, and Sulamérica v Enesa Engenharia, as in the present case there was no lack of certainty with regard to the procedure suggested, as the parties were simply obliged to engage in friendly discussions. There were, in the judge’s eyes, no appellate authorities that could not be distinguished that bound him to find the clause unenforceable. He went on to note with approval the findings of the Australian Court in United Group Rail Services.

Finally, the question of good faith was touched upon: in Teare J’s view, good faith ‘connotates an honest and genuine approach’; on the facts of the case, it was apparent that the parties were seeking to resolve the issues in dispute without the need to refer the matter to arbitration.

Taking all of the above into consideration, Teare J held the Agreement to be complete, certain and binding and containing an identifiable, enforceable standard,  namely that the parties engage in fair, honest and genuine discussions with the intention of resolving a dispute within a specified time frame.

Given the growing focus on the cost of litigation and attempts by the courts to encourage parties to settle by alternative means, this judgment is perhaps not entirely surprising. That does not, however, make it any less important. These alternative dispute resolution clauses, that are often not given too much thought (in large part due to the court’s historic approach to them), must now be given due attention. If contracting parties are looking at including some form of pre-proceedings negotiation, they must be absolutely clear as to how the process is to work and how long they will be tied into that process. Consideration must be given to how this process is to interact with the pre-action protocol, and finally, whether the parties want to be restrained from taking immediate formal action for any amount of time in every eventuality. In many cases, the answer to this final question may well be ‘no’.

END_OF_DOCUMENT_TOKEN_TO_BE_REPLACED 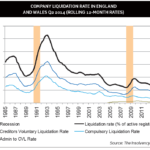