The enforcements of customs valuation and transfer pricing are the epitome of similar means and different goals to achieve the same end. The means of valuation and pricing are similar in the form of the valuation and pricing methodologies. However, the goals are at two ends of the spectrum: the former wants the highest appraised value of imports; the other, the lowest possible level to maximise taxable profits. Such paradoxical treatments are largely unregulated, not less due to regulators themselves being beneficiaries of the ultimate end in the form of higher revenue collection.

In recent years, Australian importers on the receiving end of such discrepancies have successfully pressured the Australian Taxation Office (ATO) and the Australian Border Force (ABF) to reform what most countries (including Malaysia) refuse to rectify: inconsistency in favour of uniformity. This article analyses the paradoxical treatments despite their similarities from a Malaysian perspective, as well as the rectifications made by the ATO.

The prima facie method for customs valuation is the transaction value of the goods imported. In layman’s terms, it is the price for which the goods are actually sold when sold by the foreign seller to the importer. Typically, Customs will readily accept values stated in the Customs K1 declaration forms for independent transactions. Related-party transactions, however, receive intense scrutiny. Regulation 3(2) of the Malaysian Customs (Rules of Valuation) Regulations 1999 stipulates that Malaysian importers bear the burden to show that the relationship with the seller did not influence the price paid for the goods. This comes in the form of evidence to show that the transaction value of the goods closely mirror the transaction value, deductive value or computed value of identical goods or similar goods. Such evidence must be prepared in the form of Customs valuation documentation prior to the importation. It might come as a surprise to many importers as Customs valuation documentation is practically unheard of in Malaysia, but recent audits by the Customs depict otherwise.

The selection of data and comparable companies in the documentation is less sophisticated than transfer pricing; nonetheless, the core principles and factors taken into consideration are similar, being the following:

It is, however, only limited to cross-border related-party transactions of merchandises and the services related therein. Standalone provision of cross-border services escapes the Customs’ scrutiny, but not transfer pricing.

Transfer pricing means that the price charged between related parties for goods or services is at arm’s length. The mismatch of rate of tax in different jurisdictions is the driving force behind the allocation of assets, payments and resources in the most tax efficient manner, which ultimately triggered the need for transfer pricing laws.

Parallels can be drawn between the CUP method and the “identical goods/similar goods” method used for Customs valuation, as uncontrolled transactions may be used as a comparable for the former should the comparability factors be sufficiently similar. Further, the deductive method in Customs valuation is also similar to the resale price method, whereas the same can be said between the computed value method and the cost plus method.

Nevertheless, despite such parallels, goods will always have a higher value in a Customs audit than a transfer pricing audit, owing to the different goals intended by both authorities. Higher declared value of the goods for Customs valuation purposes results in higher import duties and GST payable, whereas the opposite results in higher taxable profits for income tax purposes. This inevitably leads to different values attributed to the same product.

The ATO, being the world leader in finding opportunities for convergence between the two values, recently published a Practice Statement LA 2016/1 to assist taxpayers in obtaining refunds of Customs duties upon the making of transfer pricing adjustments on the purchase of goods from related parties. This remedy is a clear display of emphasis on consistency over revenue collection.

Subsequently, should a refund application be made to the ABF and that all details of the transfer pricing adjustments are shown in order, the ABF is compelled to conduct a transfer pricing valuation advice to determine whether the refund is available pursuant to the ABF’s practice statement No B_IND08.

In essence, the core principle in conducting the valuation advice is whether the transfer pricing adjustment meets the customs valuation requirements. This ties back to the valuation principles mentioned above in order to determine whether the value for transfer pricing can be adapted or further adjusted. More often than not, the value will closely mirror that determined by the ATO and a refund is subsequently issued for the excess customs duties paid for the goods earlier.

Instead, recent announcements on increased collection targets by both regulators further solidify the ultimate end intended to be achieved — not uniformity or fairness, but revenue collection.

This is evident through the establishment of the Collection Intelligence Arrangement (CIA), as announced by the Prime Minister in his Budget speech for 2017 recently. In essence, the CIA falls under the purview of the Ministry of Finance and it consists of both regulators, together with the Companies Commission of Malaysia. The regulators will be sharing data and information on taxpayers with the view of enhancing efficiency in tax collection and compliance. The CIA stops short of explaining how the issue of different values for the same goods established by both regulators will be resolved.

Attaining consistency and fairness will be fairly straightforward should both regulators be merged. Nevertheless, this merger is still far from reality as Customs remains a public department under the Ministry of Finance, whereas the IRB is already corporatised. It will only materialise if the Customs is also corporatised in the near future, which appears unlikely.

Although a general refund application is made available vis-à-vis s16 of the Customs Act 1967, this must be done within a year after the initial Customs duties were paid. This time frame will quickly be surpassed by the transfer pricing audit conducted by the IRB and the subsequent retrospective adjustments that can be made up until five years. In addition, even if an adjustment is made within the said one-year period and an application is successfully lodged, the discretion afforded to Customs in determining the outcome is extremely wide. Effectively, this poses as a significant hindrance from successfully obtaining a refund.

Australia’s treatment on this issue is commendable, and it serves as a model approach for jurisdictions like Malaysia that have two regulators for income tax and Customs duties, respectively. Much remains to be seen on whether the Malaysian silence will be broken once and for all. 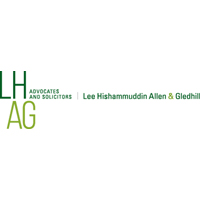 END_OF_DOCUMENT_TOKEN_TO_BE_REPLACED

When the goods and services tax (GST) was first introduced to replace the general sales tax and service tax regimes in 2015, the overarching concern for businesses was the implementation and administrative aspect. As companies scrambled to understand the rules and procedures in order to facilitate the rollout of GST, many, if not all, would have neglected or overlooked …