The UK government recently published its response to last year’s consultation on the reform of the UK competition regime. One significant plan is that it will no longer be a requirement to prove ‘dishonesty’ in order to convict individuals involved in a criminal cartel. The government believes that removing the requirement to prove dishonesty will act as a deterrent and will improve enforceability.

In the UK, an individual is guilty of a criminal cartel offence if they dishonestly agree with one or more persons to enter into a prohibited cartel activity. The prohibited cartel activities include: price fixing, limiting production or supply, sharing customers or markets and bid-rigging. This is set out in s188 of the Enterprise Act 2002 (the Act).

In order to bring a successful prosecution for criminal cartel offences, it is currently necessary for the prosecutors to prove ‘dishonesty’. This test is based on R v Ghosh [1982], and has two parts. The first question is whether what was done was dishonest by the ordinary standards of a reasonable and honest person and secondly, whether the defendant realised their actions were dishonest according to those standards. A jury must find beyond a reasonable doubt that the answer to both questions is yes. However, this has proved to be very difficult and in fact there have only been two criminal cartel prosecutions in the UK since 2003. In the first case the individuals pleaded guilty to the offence and as a result no trial took place. The second case collapsed when the Office of Fair Trading withdrew the criminal proceedings against the individuals. This was due to inadequacies in the prosecution’s disclosure, and was little to do with the R v Ghosh test. Some people believe the reason for the reform is not due to problems with the existing law but because of the way cases are selected and prosecuted by the OFT.

The government plans to remove the requirement of ‘dishonesty’ from s188 of the Act. This will mean that it is no longer necessary for prosecutors to prove an individual has acted dishonestly in order for the authorities to prosecute those individuals involved in a cartel under the Act. The government has said that if the parties involved in an agreement give consent to publish the details of the arrangement before the agreement is implemented, then they are unlikely to face prosecution. The publication would need to be accessible, for example in the London Gazette or a similar publication.

Other ‘economic’ offences, such as insider dealing and bribery, do not require prosecutors to prove dishonesty. Therefore, this proposal would, it is said, bring the criminal cartel offence in line with other economic offences. However, as with other ‘economic’ offences, there will still need to be proof of intention to enter into the cartel by the individual in order to secure a conviction. Civil competition law is, however, unlike bribery and corruption. Many ‘guilty parties’ do not realise they are violating the law. The analysis can be extremely technical. The government has suggested that there will be a short transitional period prior to amending s188 of the Act.

An individual who is found guilty of the criminal cartel offence under the Act is liable to a fine and/or up to five years imprisonment. The proposed changes will mean that directors and employees who are involved in criminal cartels are more likely to be individually prosecuted because it will be easier for prosecutors to bring charges against those involved in the cartel.

In the United States, this aspect of competition law is dealt with under the Sherman Act 1890, which does not require proof of dishonesty in order to prosecute those involved in cartels but it is expressed in plain terms. A large number of individuals have been successfully prosecuted under the Sherman Act or have chosen to confess on the basis of a plea bargain in the United States. Removal of the requirement to prove ‘dishonesty’ from the 2002 Act will likely see a similar increase in the number of prosecutions (and therefore successful prosecutions) in the UK. Whether the prosecutions succeed will depend upon juries, who may find it difficult to understand what the accused have done wrong.

As a result of the government reforms, it is more important than ever for organisations to have effective competition compliance programmes in place, which educate and inform directors and employees of their obligations and set out the consequences of entering into cartels. Directors and employees should be aware that, although they may be acting in a business capacity, they could be personally liable for their actions and liable to a fine and/or imprisonment if they enter into a cartel.

END_OF_DOCUMENT_TOKEN_TO_BE_REPLACED 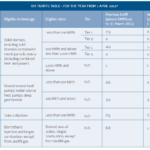