While we’re all accustomed to accusations of ‘smear campaigns’ and underhand tactics being bandied about in the political arena, we are seeing more examples of both companies and private individuals becoming the victims of such campaigns. They are often well-organised, well-funded, multi-jurisdictional in reach and with the express aim of causing maximum damage to the target’s business.

Campaigns such as these can often  involve the following: defamatory articles; the creation of anonymous websites to attack an individual business leader or their brand; the creation of anonymous blogs doing the same; damaging amendments to their Wikipedia page; and attacks via social networking sites such as Facebook and Twitter, on which would-be attackers can create groups specifically targeted at an organisation and do so in what they think is relative anonymity.

The speed at which material is proliferated over the internet and the plethora of social networking sites, means that companies and their directors, as well as other high-profile individuals, can face devastating damage to their reputation – often at the hands of a corporate rival/personal enemy.

There a number of things that can be done to counter such attacks, for example using the laws of defamation, confidentiality and copyright, but the focus of this article is to highlight another weapon in your arsenal – the much underused law of conspiracy.

The law of conspiracy is part of what are known as the ‘economic torts’. There has been a resurgence in these laws over the past few years, following a number of cases in the Court of Appeal and House of Lords, where attempts have been made to bring some coherence to what was once a rather obscure area of the common law. This growth has been championed by inventive litigators seeking new remedies where there is loss but no other cause of action.

The advantage of the economic torts is that they provide the possibility of a cause of action where there is no relationship between the claimant and the defendant, and therefore a claim based on contract or in negligence is precluded.

RISE IN THE LAW OF CONSPIRACY

There are four elements to a conspiracy claim:

There are two kinds of conspiracy, the elements of which are distinct:

However, the distinction between the two was succinctly elucidated by Lord Bridge in Lonhro plc v Fayed [1992]:

‘Where conspirators act with the predominant purpose of injuring the plaintiff and in fact inflict damage on him, but do nothing which would have been actionable if done by an individual acting alone, it is the fact of their concerted action for that illegitimate purpose that the law, however anomalous it may now seem, finds a sufficient ground to condemn their action as illegal and tortious. But when conspirators intentionally injure the plaintiff and use unlawful means to do so, it is no defence for them to show that their primary purpose was to further or protect their own interests; it is sufficient to make their action tortuous that the means used were unlawful.’

The key revitalisation to this area of law came from the decision of the House of Lords in Total Network SL v HM Revenue & Customs [2008]. This is discussed in more detail below, but essentially the court overruled the decision of the Court of Appeal in Powell v Boladz [1998] and held that the tort of conspiracy (in this case unlawful means conspiracy) does not require that the unlawful means must be independently actionable by the claimant. This decision set the tort of unlawful means conspiracy free from its previous shackles and left the legal profession wondering at the possibilities for such an action going forward.

The elements required to bring an action for unlawful means conspiracy are as follows:

A combination or agreement  between two or more individuals

An intention to injure

Resulting loss and damage to the claimant

The elements of this offence are the same as for unlawful means conspiracy detailed above, with the exception of the intention to injure requirement.

An intention to injure

Damages are the ordinary remedy. In conspiracy they are at large and the court is not over-concerned to require a claimant to prove precise quantification of its losses.

A claimant is entitled to recover as  damages for conspiracy the expense of managerial and staff time spent in the investigation and mitigation of the conspiracy, notwithstanding that no loss by way of additional expenditure or loss of revenue or profit can be shown. This is subject to the proviso that it has to be demonstrated with sufficient certainty that the wasted time was indeed spent on investigating and/or mitigating the conspiracy, ie that the expenditure was directly attributable to the tort4.

In Lonhro v Fayed (No 5) [1993], the Court of Appeal held that, in a lawful means conspiracy case, the plaintiffs would have to sue in defamation in order to claim damages for injury to reputation or feelings.

It’s possible in principle to obtain an injunction even in relation to true, defamatory statements. This was established by Gulf Oil (discussed above).

That is not to say an injunction will easily be granted. As the case of Femis-Bank (Anguilla) Ltd v Lazar Times [1991] demonstrates, in which the claimant sought and was refused an interlocutory injunction against the defendant, the court will take account of factors such as freedom of expression when exercising its discretion whether to grant such an injunction.

The most common means of running a smear campaign is through online postings from ‘anonymous’ bloggers. There are a multitude of companies offering privacy protection to would-be secret bloggers, but there are legal and investigatory steps you can take to identify your detractors.

Internet service providers (ISPs) and web hosts will hold certain information about those using their services or posting material onto a website. From this information, it may be possible to locate and identify the culprit. The legal method of applying for this information is through a Norwich Pharmacal order; this essentially unmasks the online wrongdoer by requiring the ISP or web host to reveal the identity and contact details of the poster. Such an order will allow you to identify the parties against whom you should be considering taking action.

Work with digital specialists who have the capability to track down who is behind an online slur campaign. It is also worth looking at who your detractors are online and whether your online brand value is being challenged by any negative comment associated with your brand search term on the first page of the search engine results. A potential solution to this is considered in ‘How to deal with online conspirators – a sticky problem’, opposite.

A well-run smear campaign can have a profound and long-lasting effect on an organisation or an individual’s reputation. A swift response to such an attack is essential before the damage proliferates too widely. Remember that the internet is not the Wild West; steps can be taken to halt the spread of defamatory material online and also to identify the culprits. Once the detractors have been identified, when you are considering the legal options that can be taken against them, remember that there is an extra weapon in your arsenal – the law of conspiracy. 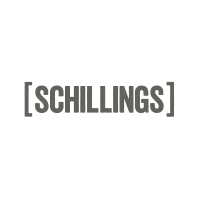 Schillings in The Legal 500

END_OF_DOCUMENT_TOKEN_TO_BE_REPLACED

In comparison with some other countries, the English court system operates relatively quickly. However, litigation in this jurisdiction still takes time. As a very rough guideline, and depending on the division where proceedings are issued, a commercial dispute of any complexity is likely to take 12-18 months to reach trial (from the date when proceedings …