A year ago, the Luxembourg government announced the introduction of a new type of guarantee which was intended to better meet the needs of the market in terms of certainty and robustness. The Luxembourg law dated 10 July 2020 (the PPG Law) introduced the ‘professional payment guarantee’ (garantie professionnelle de paiement) (the PPG).

The PPG was intended to compensate for the shortfalls of suretyships (cautionnement)1 and the lack of statutory authority for the independent/first demand guarantees (garanties autonomes ou à première demande)2, creating a creditor-friendly tool complementing well-known Luxembourg financial collateral arrangements3. Luxembourg practitioners expected that the PPG would reshape the Luxembourg guarantee landscape.

Although promising on paper (and despite no official figures being available), it appears that the PPG is still rarely used in both national and international transactions. This has been a true let-down for the Luxembourg government which hoped that the ‘PPGs become a key tool in national and international (re)financing operations alongside financial collateral arrangements’.

We believe that, as Brexit is slowly taking its toll on the European lending market and as more transactions are involving major continental European or local components, there will be more space for efficient local tools in the future. The PPG could become one of the beneficiaries of this new status quo. In particular, if investment funds, which have been beefing up their presence in Luxembourg in the past few years, discover this tool for themselves, it is clear that they will opt more frequently for PPG, as they offer a local solution.

The benefits of the PPG

The characteristics of the PPG cover all phases of the guarantee lifecycle:

The PPG’s features do not only solve the shortfalls of the suretyships (cautionnement) and independent/first demand guarantees (garanties autonomes ou à première demande) but they bring a unique robustness to Luxembourg guarantees, as they offer bankruptcy protection which is a rare feature for guarantees in Europe.

The national and international market conditions

Despite Covid-19 market turbulence, large and mid-cap transactions remain strongly sponsor driven in many sectors, due to unprecedented low interest rates, high levels of competition among lenders and underwriters, and a liquidity-rich market.

The market is very demanding, with deals being completed on tight deadlines, which means parties and principals (especially in large caps) often rely on precedents which do not offer a room for extensive commercial negotiation or additional tools (especially when they relate to local security or guarantees).

The multi-jurisdictional approach of the first demand guarantee clause contained within the LMA or US form loan agreement remains the default approach, as lenders have become accustomed to its associated shortfalls (however rarely court tested). However, security packages with a Luxembourg single point of enforcement – more commonly used on the large-cap financing transactions – might change certain players’ outlook in favour of PPG use. The fact that some lending institutions are not familiar with very efficient foreign (as in non-UK or non-US) tools, such as Luxembourg financial collateral security, the Dutch Scheme, the German Scheme etc, will lead to more of these being identified internationally as potential options for international financings and efinancings will be driven by UK or US law. This is particularly true in a distressed context.

Overall, the PPG undoubtedly reinforces the legal certainty of the Luxembourg independent guarantees and grants it long-awaited statutory recognition. Its contractual flexibility and bankruptcy remoteness should make it a frequently used tool, but it seems its attractiveness for creditors has not yet been noticed internationally. Time will tell if this further evolves and possibly the post-Covid state support era will be the ultimate test for its popularity as distressed and restructuring matters are likely to pick up and the market carefully look at the arsenal of remote bankruptcy tools. 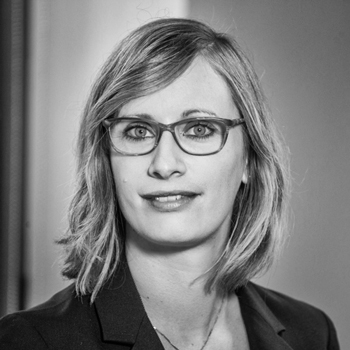 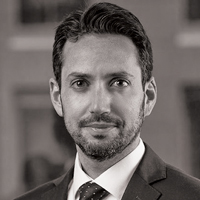