The L-1 intra-company transferee non-immigrant visa classification was introduced into the Immigration and Nationality Act (INA) with the passage of the Immigration Act of 1970. L-1 visas are available to foreign nationals who have worked for a multinational company outside the United States for one continuous year within the three years immediately prior to their proposed US transfer. The transferring employee must have served the company in an executive, managerial or specialised knowledge capacity and be transferring to the US in a similar position. The L-1A visa is accorded to executive and managerial personnel, and the L-1B visa is granted to employees with specialised knowledge – having been created to promote flexibility for US companies in an increasingly globalised and dynamic marketplace.

In March 2015, the United States Citizenship and Immigration Services (USCIS) released a draft policy memorandum in relation to the L-1B category, and accepted feedback on the memorandum from the business community until 8 May 2015. Following consideration of these submissions, the finalised version of the memorandum was released on 17 August 2015 and with effect from 31 August 2015.

The purpose of the L-1B memorandum is to provide clearer guidance to USCIS officers when reviewing L-1B petitions and to provide flexibility to petitioning companies as to how they can demonstrate, by a preponderance of evidence, that an employee possesses specialised knowledge.

Specifically, the memorandum provides clarification on the definition of ‘specialised’ or ‘advanced’ knowledge. The guidance states that for knowledge to be ‘specialised’, it must be distinct or uncommon in comparison to that normally found in the industry. Knowledge that is commonly held, lacking in complexity, or easily imparted to other individuals will not be considered specialised. To be ‘advanced’, the knowledge must be highly developed or further along in progress, complexity and understanding than generally found within the company.

For both specialised and advanced knowledge there must be a comparison of the individual applicant’s knowledge against that of other workers, although not necessarily within the company as the guidance also states that knowledge that is universally or widely held throughout a company can be considered specialised or advanced. While it is necessary to show that the specialised knowledge is not commonly held among other US workers, it is not necessary to conduct a test of the US labour market.

USCIS officers are instructed to take the following factors into consideration when determining whether a employee’s knowledge is specialised:

In its guidance, USCIS states that employers may assign work to L-1B employees at client sites provided that the petitioner retains authority over the manner in which the work is performed. If the employer provides clients with customised solutions, the memorandum states that the beneficiary’s knowledge of the client’s systems can be considered, along with the requisite knowledge of the petitioner’s products and its services, as either specialised or advanced knowledge under the L-1B category.

At this time, L-1B extension applications are being denied at a higher rate than initial filings. The guidance directs USCIS officers to give deference to the prior determination by USCIS. A re-examination of the petition should only occur where:

A number of exceptions to this rule, however, could lead to the readjudication of the applicant’s continued eligibility in the L-1B category. The guidance declines to direct adjudicators to give deference to cases approved by other US government agencies, including L-1 petitions approved by NAFTA, at the Canadian border by US Customs and Border Protection and blanket L petitions approved at US consulates worldwide.

There has been speculation as to the underlying cause of the sharp rise in denial rates for L-1B petitions since the economic slowdown in 2008. In March 2015, the National Foundation for American Policy (NFAP) released a study on the dramatic increase in L-1B petition denial rates and showed a disproportionate denial rate for Indian nationals, with 56% of these cases being denied. The denial rate for nationals of Canada, Britain and China was shown as 4%, 16% and 22% respectively. The overall denial rate reached an all time high of 35% in 2014.

In its analysis, the NFAP study found that although there has been no change in the law, USCIS has imposed arbitrary standards beyond the statute and regulations governing the L-1B visa classification. The shifting adjudication landscape has resulted in long delays and uncertainty for employers wishing to transfer staff to their US offices as it is unclear which cases are likely to be approved, which are likely to be denied and which are likely to undergo a lengthy request for evidence.

Congress has determined that the ability to transfer company personnel with specialised knowledge is important in fostering the growth and competiveness of US businesses, and has contended that companies should be able to transfer such employees to do business in an increasingly global marketplace.

However, the significant increase in denial rates and requests for evidence since 2008 illustrates that USCIS adjudicating officers are making it increasingly difficult for highly skilled foreign nationals to obtain L-1B status. Multinational companies and US companies wishing to employ foreign personnel have welcomed the policy memorandum and hope it will result in more equitable adjudications. It remains to be seen, however, if the USCIS officers will review applications less stringently or if their arbitrary standards will prevail. 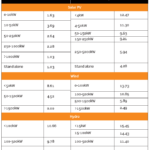 Following the May 2015 election, the UK government has commenced a wholesale reform of the way in which renewable energy is supported and incentivised in the UK. This reform appears to have been shaped by a drive to slash costs and, as with the early closure of the Renewables Obligation (RO) to large solar PV …