When asked what keeps him in-house, Nokia’s Richard Vary touts two key selling points of the job: travel and adrenaline. His role as head of litigation has placed him in some interesting scenarios over his ten years working for the multinational communications and IT company. ‘It was my birthday last year when I arrived at work and then discovered we had a hearing in India the next day,’ Vary told The In-House Lawyer.

‘My 43rd birthday consisted of buying a shirt and a pair of pants, and jumping on the next British Airways flight to Delhi, sitting there in 40° heat in this packed, humid courtroom in a woollen suit, trying to follow the details in a tax case in the most run-down, awful building. There were chickens and goats outside the door of this courtroom, and some guy asleep on the floor in the back row, just fast asleep, lying on the concrete floor in the middle of a trial. It was very odd.’

With a litigation team of around 20 lawyers, Vary and his group work alongside the company’s 449-strong legal team. Based in the Far East, Europe, the US, Hong Kong, Germany, the UK and France, Vary’s team visits these offices, handling litigation across the globe. Joining Nokia in 2006, Vary was headhunted from Linklaters where he was a managing associate in the intellectual property (IP) department, handling litigation and licensing, as well as the IP aspects of corporate transactions.

As part of the Finnish firm’s leadership and compliance team, Vary also gets involved with running a large business department. ‘A lot of my work today is management as much as legal and litigation work. It’s a question of budgeting, headcount, manning, forecasting and making sure that the right people are in the right places doing the right jobs.’

There were chickens and goats outside the door of this courtroom, and some guy asleep on the floor in the middle of a trial. It was very odd.

Former Nokia director of IP legal Ari Laakkonen offered Vary the job after he realised just how much patent litigation the company had on its hands. ‘At that point I thought I’d do this for a couple of years to get some proper in-house experience. Ten years later, I’m still here.’

Within the first few days of his job, he was on a plane trip to Munich studying a patent he’d never seen before, in anticipation of a trial the next day. The stakes were high – if Nokia lost the case, the company would be prevented from selling products in Germany.

He recounts: ‘There was none of this careful preparation or anything like that – I was thrown straight into the deep end. There was always something about to happen the next day and there was always someone trying to get an injunction to shut down the company. It was incredibly intense and that continued for nearly all the time we had the handset business. It’s quite easy to become battle-hardened. You become almost immune to the threat.’

Since his arrival at the company, Vary has led Nokia’s litigation team through a range of notable transactions and legal wrangles.

It was announced in April last year that Nokia had made a €15.6bn takeover offer to global telecommunications equipment company Alcatel-Lucent. The companies confirmed their combination in January. To date, Nokia has acquired most of Alcatel-Lucent’s shares, making it a majority-owned company but not yet wholly-owned.

The combination puts Nokia back as the number-one telecoms company in the networks market.

Vary was also involved in Microsoft’s acquisition of Nokia’s handset business in early 2014, although the deal was a flop, with Microsoft eventually writing off almost the entire value of the reported $9.5bn acquisition and shedding 7,800 jobs. At the time the deal was going through, however, news of the acquisition was kept between a select few people within the business.

The secrecy of the deal lent itself to some testing working methods. ‘It was effectively happening between about 10pm and 4am in the offices in Helsinki. Everyone else had gone and, of course, that was daytime for everyone at Microsoft in Redmond [Washington, US], but it was the middle of the night for us in Helsinki. We went nocturnal for about two weeks of negotiating all of this, living off cold pizza and cans of Diet Coke, sleeping in the day and working during the night. It was a challenging period. Trying to keep it a secret from everybody was very hard.’

At a glance Richard Vary

Vary lists Nokia’s ongoing tax battle with the Indian government as one of his most difficult and noteworthy legal challenges. He says: ‘Nokia faces state tax disputes in several states and a federal tax dispute. The question is whether Nokia should have paid the tax in Europe or in India and Nokia finds itself caught in the middle. To complicate matters further, the tax department seized Nokia’s Chennai factory, so it could not be transferred to Microsoft after its acquisition of the global handset business.

‘Our India tax case is a huge piece of litigation, stretching over many courts in [the region]. It involves many tax authorities where a number of the disputes stand over the tax payable and some of the amounts involved are huge.’

Vary was also involved in resolving a longstanding dispute with Samsung over its patent portfolio, which is needed to manufacture smartphones and other mobile devices. At the time of the resolution in February this year, Nokia said the settlement would help almost double the revenues it made to about €1bn in 2015. The deal is also predicted to bring in €1.3bn of cash between 2016 and 2018.

‘We had an arbitration with Samsung, the world’s biggest mobile phone manufacturer, which determined how much it would pay for Nokia’s patent portfolio. That was the largest patent portfolio in the industry so that was very significant.’

In his approach to the litigation work that Nokia delivers, Vary is set on embedding his in-house lawyers as much as possible into cases and external providers. He believes having his team on the ground within the law firm’s office as often as possible, working directly with a firm’s lawyers, ensures a better result for the company.

He reflects: ‘I don’t like the model of managing cases remotely from some central location, which is what many of our competitors do; they run cases out of their head office in Beijing or in California. If we sat in Finland and tried to talk to our law firms in other countries then we would do very badly.’

Asked whether he could leave the role he has found himself in-house, Vary says he could move on to a new challenge at some point. After sitting on a couple of hearings with a deputy district judge in the Intellectual Property Enterprise Court, he found the process ‘fascinating’.

‘I can really see why people go on to be judges. It’s an incredibly interesting job. I need another ten years and a few more grey hairs before anyone would take me seriously, but I’d definitely be interested in doing more judicial work.’

With a range of complex cases and a career that never seems to stand still, it is apparent the role of Nokia’s head of litigation may not be the perfect job for someone who wants the security of staying in one place, but for Vary, the job has kept him hooked for the past ten years. ‘The pace at which things happen, the thrill of being in a court and waiting for that decision – it’s high adrenaline,’ Vary says. ‘It’s the excitement. There is never a dull day; you have no idea at the beginning of a day which country you’re going to be in the next morning, or what next case is going to come in, who you’ll be dealing with… It’s tremendously exciting.’ 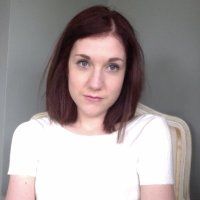