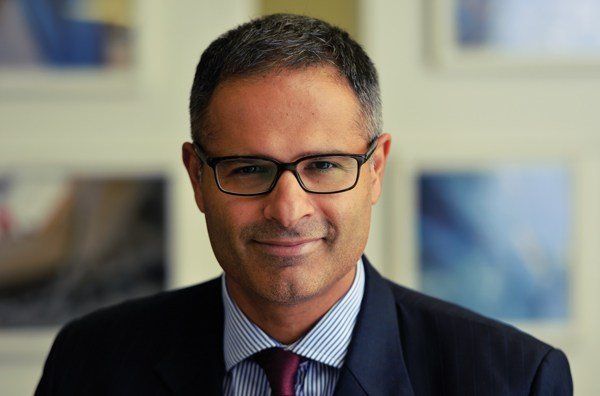 Rushad Abadan always knew what he wanted to do with his life. ‘I always fancied the idea of being a lawyer, even at school. I was one of those people who was very clear about their career path early on. Happily for me it worked out.’


Qualifying in India, his first job came with Mumbai-based Crawford Bayley & Co, which he describes as one of the pre-eminent Indian firms at the time. But Abadan’s ambitions lay elsewhere: ‘I wanted the experience of working in a large global firm and the Indian market wasn’t open to foreign firms. The only chance you got in India to work in a global professional services outfit was with a consultancy or one of the then Big Five accountancy firms.’

With options limited, he joined Arthur Andersen in 1999. For that year, Abadan undertook tax consulting for foreign multinationals as well as Indian clients.

But he knew he was devoted to the law and luckily Andersen was setting up an Indian law practice at the time. It partnered with local firm DSK Legal, now one of India’s top firms with 100 lawyers in Delhi, Mumbai and Pune.

He spent two years in DSK’s corporate team before a further stroke of luck facilitated his move to the UK. Scottish firm Dundas & Wilson (now part of CMS Cameron McKenna Nabarro Olswang) was part of Andersen’s global law network and it was through this mechanism that Abadan first found himself in the UK.

At RBS I crammed into nine years a lot of stuff that would have otherwise taken me a lot longer, or that I would never have had the opportunity to deal with.

He recalls a mixture of excitement and apprehension about his move but says: ‘I’m reasonably open to taking calculated risks. It seemed a great opportunity to work in one of the key legal jurisdictions in the world. I wanted to see if I could make a go of it.’

There was a significant contrast in legal culture between India and the UK. ‘There’s not so much of a disparity now, but in those days there was a reasonable difference in the level of professionalism and the use of technology. In India law firms tended to be family run and very traditional, whereas in the UK firms were very professionalised. It was a more structured environment.’

At Dundas, a lot of Abadan’s work saw him advise the large Scottish banks on various acquisitions, one of which saw the Bank of Scotland purchase London’s Savoy Hotel as part of a joint venture. Coincidentally, Dundas also worked on a large outsourcing for Standard Life as a client, but he plays down any links to his later decision to join the company: ‘There was a very large time lag between my decision and the work I did as a very junior lawyer.’

After spending four years at Dundas, Abadan reached a crossroads in his career. ‘I was approaching seniority as an associate and I thought my career was well placed at Dundas, so it was an option to stay there. But I was keen to see what was out there because it was a pivotal stage in my career.’

He was not short of alternatives. There were a couple of offers on the table from some ‘good London firms’, as well as the opportunity to go into another large bank in a business role. But Abadan opted to go in-house with The Royal Bank of Scotland (RBS) in 2006.

A key influence in his decision was his mentor and former Dundas managing partner Chris Campbell’s move to the bank as deputy general counsel the year before. ‘RBS was at its pinnacle in 2006, one of the five largest banks in the world by assets. It seemed to be going places: it was very internationalist in its outlook; there always seemed to be high-quality work to do.’

But RBS came under universal scrutiny at the height of the financial crisis in 2008, when the bank was bailed out by a UK government multibillion-pound rescue package. Abadan worked on that recapitalisation plan and recalls how tough the conditions were for the bank: ‘We were very closely scrutinised by the media and other public stakeholders. Everything you did needed to be assessed very carefully, which created a bunker mentality. Some people thrived in that situation, and grew as professionals and leaders, others found the pressure very difficult.’

Asked if he was a beneficiary of that bunker mentality, he says: ‘It brought out more good qualities than the other way round. It accelerated my development, technically and otherwise. I crammed into nine years a lot of stuff that would have otherwise taken me a lot longer, or indeed that I would never have had the opportunity to deal with.’

You regularly get hit with things from leftfield. You find yourself dealing with things you didn’t know about the previous day, but that makes it more interesting.

After working on a wide portfolio of mandates at RBS, including the sale of payment-processing company Worldpay to private equity houses Advent International and Bain Capital for just over £2bn, Abadan decided he wanted a step up. An opportunity to be group GC at Standard Life arose. ‘It was a very well-respected organisation in its own right – keen to grow with a strong reputation. It was also not in banking, which was important to me at the time.’

Upon arrival at the FTSE 100-listed fund manager and before its merger with Aberdeen Asset Management, the legal function numbered in the mid-60s. The team was structured in a multi-business group model, which saw the legal team split up and dedicated to certain parts of the Standard Life business.

Then in March 2017, Standard Life agreed an £11bn merger with Aberdeen, calling in regular adviser Slaughter and May to act on the deal. Corporate finance partner Jonathan Marks, head of M&A Roland Turnill and corporate partner Paul Mudie were involved for the firm.

Since the merger, Abadan claims that the structure of the legal team has remained largely the same apart from being ‘much more international now’, as Aberdeen brought with it significant capability in the US and Asia-Pacific. The team has since grown to around 140.

The newly-formed Standard Life Aberdeen does not have a formal external adviser panel, which Abadan says is primarily due to neither company having one before the merger. However, without going as far as describing it as a formal adviser review, he confirms that the company is ‘in the process of looking at our portfolio of firms on both sides and deciding which firms we want to continue to work with’.

The need for an external panel is also negated by the amount of work done internally, with Abadan claiming: ‘We’re reasonably self-sufficient. As far as BAU [business as usual] work is concerned, it tends to be some fund-formation activity and some bespoke investment advice that we go external for.’

He insists there is no such thing as an average day, which includes joint ventures in India and China, as well as preparing for MiFID II and the General Data Protection Regulation. ‘You regularly get hit with things from leftfield and you have to deal with them. Quite often you find yourself dealing with things you didn’t know about the previous day, but that makes it more interesting.’

As is to be expected after such a large tie-up, investor confidence has taken a hit. The company suffered $10bn in withdrawals from its mutual funds this year as doubts about the impact of its merger surfaced.

‘We’re optimistic. We believe in the strategic logic of the merger both internally and externally. With a merger like this there’s always some initial difficulties; it takes time for people to settle in. You just have to keep doing your day job well and then the uncertainty dissipates. I’m sure that will happen, but there’s just some inevitable near-term consequences of a merger like this one.’

Despite the difficulties, Abadan relishes his role. ‘It’s an enormous privilege to be general counsel in a firm like this and I never take it for granted. Being chief legal adviser to the board is just one aspect of it.

You need to be a role model for the values of the firm. You need to understand the business and you need to lead people. Quite often you need to be a troubleshooter on specific issues. Sometimes you make your biggest contribution when you inform someone else’s view of a matter. You can add value in lots of different ways.’

At a glance Rushad Abadan