Herbert Smith Freehills and DAC Beachcroft were among the firms to win spots on Sainsbury’s most recent legal panel, with the supermarket chain cutting its roster by a third with 11 spots reduced to eight. Morton Fraser was the third firm to be allocated a slot, while Addleshaw Goddard, Shepherd and Wedderburn and Cleaver Fulton Rankin, which were on the previous roster, no longer feature. Meanwhile, Linklaters, Dentons, TLT, CMS and Winckworth Sherwood all retained their spots. Sainsbury’s hopes the trimmed down panel will deliver cost and service benefits by ‘simplifying processes and concentrating volumes.’

Nick Grant, director of legal services, commented on the new roster: ‘I’m pleased to be able to appoint these excellent firms to our new panel. After a rigorous tender process I’m confident that we have selected a panel that will serve Sainsbury’s brilliantly in what remains a constantly changing and dynamic retail market.’ 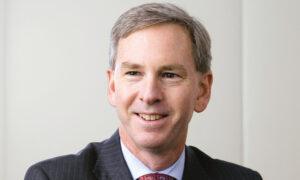 Banking giant Barclays announced in September the appointment of Stephen Shapiro as group GC, in addition to his pre-existing role as group company secretary.

Shapiro succeeded GC Powerlist regular Bob Hoyt (pictured) on 1 August after Hoyt stepped down following seven years in the role. The move means Shapiro is now a part of the executive committee at Barclays, reporting directly to group CEO Jes Staley in his capacity as GC, as well as group chairman Nigel Higgins in his role as company secretary.

Hoyt, meanwhile, will remain at Barclays until the end of 2020 in a vice-chairman role, acting as a senior adviser to the CEO and other executives on key strategic projects.

The Financial Conduct Authority announced a revamp of its legal panel in August following a delay caused by the Covid-19 pandemic, with 15 firms appointed to the new line-up.

The panel agreement is worth in the region of £8.6m. The announcement was meant to be made earlier in the year, with the tender process beginning in January. The panel got underway on 3 August and will run for four years with an option to extend for 12 months.

The company’s GC Tara Sherbrooke confirmed the process got underway in late September, with the company’s legal operations manager spearheading the project. While YouGov enjoys an existing relationship with many law firms, the company feels a formal panel is needed for its current stage of global development.

A key criterion for winning firms will be their commitment to diversity and inclusion. Sherbrooke will look at what efforts firms are making to identify how diverse their business is, what areas have been flagged as needing improvement, and how these areas are being addressed. SSE reviews panel for first time. 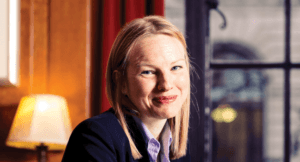 Outstanding in-house performance was again recognised as part of the this year’s Legal Business Awards, with teams and leading individuals from BT, Barclays, TP ICAP, and the Bank of England all receiving accolades as the Covid-delayed unveiling took place online over September.

Bank of England was named In-House Team of the Year, with the bank’s legal function on the frontline of untangling the regulatory puzzle of the UK’s departure from the European Union. Under the leadership of general counsel Sonya Branch (pictured), a significant part of the bank’s 150-strong legal directorate has been reviewing approximately 10,000 pages of legislation and tracking 39 statutory instruments. That’s 6,000 pages of binding technical standards and 6,000 rules, all to make sure the UK financial services sector had a regulatory framework fit for purpose on the point of exit.

Meanwhile, it was TP ICAP’s Philip Price who won GC of the Year. TP ICAP’s legal, compliance, risk and secretarial teams increased their headcount by 35% in the year to October 2019, while savings of more than £500,000 were achieved after the establishment in Belfast of a global centre of excellence for compliance monitoring. This, combined with a reduction in external legal spend of more than £2m, made Price the standout nominee for this year’s award.

This year’s Rising Star In-House Counsel of the Year went to Philip Aiken of Barclays, with the mental health and diversity champion recognised for his efforts in driving the high-profile Mindful Business Charter. The initiative has been lauded in particular for encouraging people to have conversations often avoided around mental health.

Finally, Most Transformative In-House Team of the Year went to telecoms giant BT, with the last two years seeing significant changes take place in the company’s in-house function. First, group GC Sabine Chalmers joined from Anheuser-Busch InBev in April 2018, replacing the widely-admired Dan Fitz. Then the team was restructured to mirror the shape of the wider business and then finally, a high-profile managed services deal was signed with newly-listed law firm DWF. 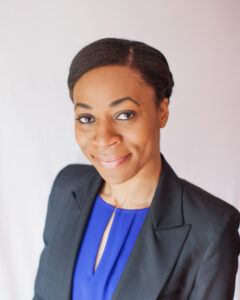