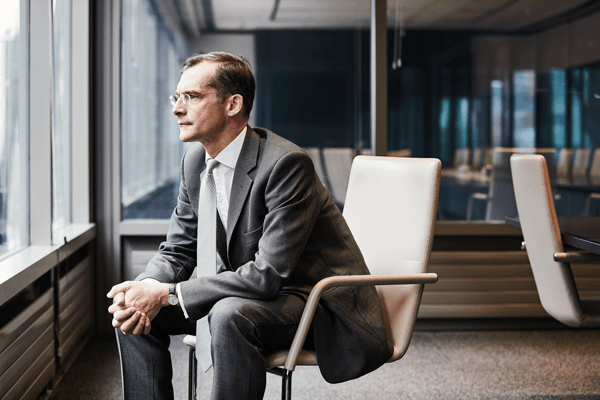 ‘We’ve disrupted the market – everybody knows about us now,’ says Quinn Emanuel Urquhart & Sullivan London co-managing partner Ted Greeno of the US law firm’s inexorable rise in the City.

The ex-Herbert Smith Freehills (HSF) partner, himself one of a string of high-profile recruits Quinn Emanuel made since its London launch in 2008, has a point. The disputes-only powerhouse now counts some 85 full-time partners and associates in London – a larger team than Slaughter and May’s litigation offering and not far off the size of Clifford Chance (CC)’s muscular City practice (see box).

However, Quinn Emanuel remains something of an outlier in the UK. While other practice areas such as private equity and leverage finance have seen US entrants shake UK firms’ dominance, the disputes market has to date seen less radical upheaval. Certainly, there have been hotspots of lateral activity in niche areas such as competition, bank litigation, arbitration and particularly white-collar crime, but the upper echelons of general disputes have largely remained with UK-bred advisers.

When The Legal 500 rankings come out this autumn, the top tiers will still be dominated by many of the long-established UK disputes leaders like HSF, the Magic Circle and Hogan Lovells.

But that is not to say it is not a practice in flux – just that the shifts are more subtle. Closer scrutiny reveals there has been considerable change over the last decade – the steady rise of Quinn Emanuel and longer-established White & Case, the growing presence of Latham & Watkins and Debevoise & Plimpton near the top end of the market, and the emergence of the disputes boutiques and firms geared towards claims against major banks and companies. Certainly, the range of firms operating in the City has never been more varied, aided by clients splitting work across multiple advisers. Underpinning such shifts, of course, has been the explosion in third-party funding as a mainstream tactic in the last ten years.

‘There’s a real trend in the market now,’ observes HSF disputes chief Damien Byrne Hill. ‘A lot of the litigation I do has a boutique or specialist litigation firm acting for the claimant, because most big firms won’t be able to act against the big banks, so can’t do that work.’

Post-financial crisis, in a world where banks are more careful to ensure their law firms cannot act against them, the challenges of growing and promoting talent in a disputes team that has been ruled out of large swathes of claimant work are more acute than ever.

The flipside has been a steady drip of high-profile exits to boutiques like Enyo Law, Signature Litigation and arbitration shop Three Crowns, and booming business at the likes of Quinn Emanuel and UK disputes specialist Stewarts – where some 50% of its work comes from conflict referrals. Other firms willing to take on banks, like RPC, have also benefited from the referral chain.

‘Clients are tougher than ever, and there’s more activity suing big-pocket defendants than there was 15 years ago, which makes conflicts more common,’ notes Byrne Hill.

Another change has been the sheer growth in the sector in recent years, which has seen a host of large and mid-tier City players invest to offset an increasingly erratic transactional market. Most notable of the large players is Allen & Overy (A&O), which is hoping to break into a top tier dominated by HSF, CC and Freshfields. Within that premier league, the debate focuses on whether HSF has regained its edge and historic dominance. The firm has by far the largest litigation practice and is generally regarded as having been on more confident form in recent years after previous wobbles. Many smaller firms have seen considerable growth in their disputes teams, among them RPC, Travers Smith and Bryan Cave Leighton Paisner. Certainly competition has increased with the size of the market.

But it is not all bad news for UK leaders fighting to maintain market share. The nature of disputes work means that, with the exception of bank defence work, much of it is long-running, one-off instructions rather than mandates coming in via partner-level relationships. This presents a natural brake on lateral hiring for broad-service US players.

A&O litigation head Karen Seward comments: ‘It is not as simple to jump ship in litigation as other areas of law. Hiring a top-flying partner without a solid practice hardly ever makes clients follow, especially in the middle of a court case.’ Big-ticket disputes require large teams of lawyers, meaning sizeable investment in people and technology – something which may constrain the growth of both US firms and the progression of smaller UK boutiques.

As Clive Zietman at Stewarts, which has more disputes partners in London than any firm except HSF, notes: ‘For firms like us and Quinn that are anti-bank and conflict-free, there’s more scope because we have the numbers to handle big conflict cases that some of the smaller players don’t.’

But change is coming. Premier contentious firms such as Boies Schiller Flexner and Gibson, Dunn & Crutcher are making an impact in City bank litigation circles, while Hausfeld is heavily involved in the booming competition disputes arena. Meanwhile, lateral movement in white-collar litigation is being limited only by the number of ex-prosecutors available to hire, with big UK firms as keen to recruit as their US rivals. Arbitration, meanwhile, continues its decades-spanning expansion.

And, while recruitment in general commercial litigation may have slowed in recent years, there have been a number of major moves, including Latham’s 2017 hire of former Olswang litigation head Martin Davies from Quinn Emanuel. And Latham intends to grow further, with Davies stressing the firm’s desire to ‘have a seat in cases that would historically have gone to the Magic Circle’.

John Reynolds at White & Case, widely regarded as one of the leading US disputes teams in London, comments: ‘US firms have quietly come in and reshaped litigation. They have good people and they are still growing. When I left Herbert Smith 20 years ago, it was rare to have a US firm in England doing litigation, but it goes uncommented now.’

The current pre-Brexit economic instability has led to a lot of focus on contentious regulatory work, but a post-exit downturn would prompt more disputes spurred by corporate collapses, stoking demand for general commercial litigators.

As demonstrated by Quinn Emanuel’s role for the official receiver on a case relating to Carillion’s collapse, there are likely to be more opportunities to litigate against banks and accounting firms. Meanwhile, the rise of group actions like the Mastercard competition case means there may also be more opportunities for US plaintiff-style firms, which have yet to enter London in force.

The real sign of success though would be high-profile defendant work ending up in the hands of a US firm. And so far in this regard most are not feeling nervous. As Linklaters disputes head Michael Bennett says: ‘Clients’ appetite for litigation tends to go in cycles. It isn’t cheap, but the big commercial litigation firms have the scale and resource for the mega-disputes when they arise – that’s why Linklaters and our larger UK and US-based competitors will always have a place.’

Bennett’s counterpart at Hogan Lovells, Michael Davison, puts it more succinctly: ‘Size matters. The cases we handle are very large and you want clients to feel you have bench strength.’

No. disputes lawyers in London: 318
% of overall firm income from disputes: Approximately 45%

No. disputes lawyers in London: 162
% of overall firm income from disputes: Approximately 25%

No. disputes lawyers in London: 150
% of overall firm income from disputes: Approximately 19%

No. disputes lawyers in London: 136
% of overall firm income from disputes: Approximately 33%

No. disputes lawyers in London: 130
% of overall firm income from disputes: 100%

No. disputes lawyers in London: 112
% of overall firm income from disputes: Approximately 20%

No. disputes lawyers in London: 110
% of overall firm income from disputes: Around 14%

No. disputes lawyers in London: 107
% of overall firm income from disputes: Approximately 18%

No. disputes lawyers in London: 85
% of overall firm income from disputes: 100%

No. disputes lawyers in London: 74
% of overall firm income from disputes: Approximately 11%

No. disputes lawyers in London: 48
% of overall firm income from disputes: Approximately 30%