Until recently, the lion’s share of follow-on claims in relation to large EU-wide cartels were brought in the English courts. The claimant is the one who decides where to bring the claim (subject to the chosen courts having jurisdiction) and the availability of broad disclosure and other aspects of English procedure have made England an attractive venue to claimants. In addition, the growth of claimant firms in London, the use of the English language and flexible attitudes to funding have helped attract litigants to England.

The Antitrust Damages Directive has helped to level the procedural playing field to some extent and some EU jurisdictions have introduced changes to their court systems to make them more attractive to international litigants.

We consider below some of the key features of the Dutch, French and German systems, before also looking at what the English courts are doing to maintain their competitive position.

The Netherlands is a well-recognised jurisdiction for bringing follow-on actions for antitrust damages (eg, in the paraffin wax cartel).

Dutch law allows special purpose vehicles (SPVs) to act as claimant for a group of parties that have suffered losses. These parties can either assign their claims to the SPV or authorise the SPV to act as their agent to litigate their claims.

In addition, Dutch law provides the possibility for a foundation or association to bring a collective action on an opt-out basis, although this does not at present extend to a claim for liquidated damages – legislation has been adopted to allow for damages claims on a collective basis but it is only expected to come into force in 2020. Until then, the object of the collective action will typically be a declaratory judgment that the defendant acted unlawfully, which may form the basis of a collective settlement agreement between the foundation/association and the defendant or may lead to individual damages claims.

Parties to Dutch litigation can request the court to allow them to access certain documents, both during and before the commencement of proceedings, but the request must concern specific documents.

Since 1 January 2019, parties can agree to bring international commercial disputes before the Netherlands Commercial Court (NCC). Proceedings before the NCC are conducted in the English language and judgments are given in English, except if the case is appealed to the Dutch Supreme Court, which gives judgments only in Dutch.

In France, the Paris International Commercial Court is seeking to attract international claimants by using English-speaking judges and allowing proceedings to be heard and decisions to be issued in English. Alternatively, the French language Tribunal de Commerce in Paris has a specialist chamber for antitrust matters.

In the French commercial courts, judges are drawn from the world of business, rather than from the legal profession. This means that they bring a commercial perspective to their decision-making.

French procedure provides for disclosure of documents (including in advance of a claim being brought on the merits) but the rules protect against the disclosure of trade secrets and generally do not permit disclosure to be given on such a wide basis as in common law countries.

France has a collective actions regime. However, the process, requiring a declaratory judgment setting out the conditions to be met by consumers, is cumbersome and the collective action regime remains undeveloped. At the same time, the internet is now used more frequently to help group together claimants with similar claims.

The German courts have also seen increasing numbers of antitrust damages claims over the past ten years, including recently in relation to the trucks, air cargo or sugar cartels.

Disclosure is available but the documents must be specified to a greater extent than is required in the English courts. The claimant can also seek pre-action disclosure of the evidence it requires to bring its claim. This may be useful to claimants seeking, for example, evidence of sales that may have been affected by anti-competitive behaviour before bringing a claim.

Consumer associations are allowed to pursue claims on behalf of consumers through a procedure that can either end with declaratory judgment or with settlement. If no settlement is reached, individual consumers will have to bring separate claims for damages. It is also possible for consumers to assign their claims to a separate entity to pursue them all together. However, the entity must have sufficient capital at its disposal to bear the costs of litigation if the claim is dismissed.

Litigation funding is also available in Germany and it is increasing in popularity for antitrust damages claims.

Faced with this increased competition, the English courts are also seeking ways to maintain their position as an attractive venue.

The Competition Appeal Tribunal or CAT has the twin advantage of being a specialist antitrust court and combining on a three-person panel High Court judges with ‘ordinary members’ who bring expertise in economics, accounting and other disciplines. This leads to a high quality of decision-making in complex cases turning on economic evidence.

The Consumer Rights Act 2015 introduced opt-out collective actions and collective settlement procedures. To date there is limited experience of the former but it is to be expected that claimant law firms will seek to make good use of it in future.

As mentioned above, the English courts have broader disclosure rules; they also place great importance on live witness evidence. Both are particularly helpful to claimants who do not have the benefit of an infringement decision and wish to bring a stand-alone claim. Likewise, the market for litigation funding is very buoyant and there are plenty of specialist claimant law firms in the London market ready to pursue claims. 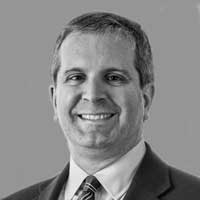 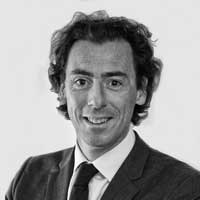 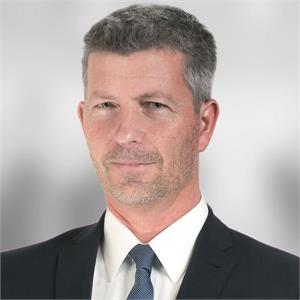 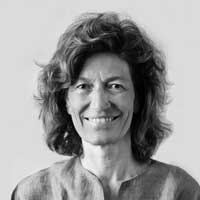 END_OF_DOCUMENT_TOKEN_TO_BE_REPLACED

Dealing with no deal

With a no-deal Brexit on 31 October now a realistic prospect, we assess how the top UK law firms are preparing