George Wilkinson, secretary to the Ashfords Foundation, outlines the positive benefits to law firms of getting serious about their charity work

I am frequently asked why Ashfords established a charitable foundation. Having explained the why and the how, almost invariably the next remark is: ‘Why didn’t we think of that?’

It isn’t that law firms are strangers to charity. They have been involved in pro bono work, in charitable giving, and in philanthropic activity for a long time – and, more recently, many law firms have invested in corporate social responsibility (CSR) programmes, which bring all these together. But every law firm approaches CSR differently.

In their 2015 study of CSR in large law firms, Birmingham Law School noted that ‘the majority of writing on CSR in law firms… suggest that the motivations of firms in undertaking CSR reflect the business case (partly demand-side driven, via specific clauses in tender documents and law firm panel appointment processes), positive impacts on law recruitment and staff satisfaction, together with some suggestions that law firms adopting CSR policies can lead to increased productivity.’ Another motivation is the moral case – that considering the impacts that a law firm has on the world is generally seen as the ‘right thing’ to do. So far, so good, and all of this will be familiar to law firms. But it is often the case that this activity amounts to little more than a public relations exercise, to make it appear the firm is doing the right thing. As the study author, Steve Vaughan, suggests, it is not clear ‘whether the public commitment to corporate social responsibility by some large law firms is a result of dedication by those firms to the principles of CSR, or simply a knee-jerk reaction to the implementation of CSR strategies by their competitors.’ In other words, one of the main drivers for CSR is the need to keep up with the competition.

What is clear is that the close relationship between a firm’s CSR aspirations and its public relations objectives, with business development also playing a factor, means the lines between the three risk becoming blurred.

Ashfords was no different to many other similar law firms. Alongside the usual charitable giving – whether it was fundraising on Red Nose Day, supporting runners in challenge events, encouraging staff to volunteer, and donating to good causes – the firm provided pro bono advice and, a decade ago, formalised its CSR programme, Community Matters. Nonetheless there was a growing feeling that not only could the firm do more, but what it did do could be done in a more focused way. Out of this came the decision, in 2018, to separate the firm’s charitable giving from its CSR programme by creating an independent charitable foundation, the Ashfords Foundation.

In common with many charitable foundations and their corporate sponsors, there is a close and necessary link between Ashfords and its Foundation. As Mark Lomas, Ashfords chairman, said:

‘We felt that a charitable foundation, independent of but supported by the firm, would not only allow us to make a real difference in the communities in which our partners and employees live and work, but that the opportunity of bringing all our charitable giving together in one place would build a sense of common purpose among our people.’

At the same time, the partners recognised that the Foundation would be a long term philanthropic commitment, for not only does the firm provide core funding but it has also agreed to match funds raised by employees for the Foundation.

Law firm partners are wary of handing control of even a little of their money to someone else – but that is exactly what the Ashfords partners were asked to do with the Foundation. For ensuring that the Foundation is legally independent from the firm is not only necessary from a charity governance perspective, but the Foundation has to be seen to be independent. So although it may be an Ashfords initiative, and the firm has driven its development, the Foundation’s governance arrangements are designed to allow it to develop its own identity. It is the trustees, not the firm, who have control of its strategy and objectives, are responsible for awarding grants, and monitor its effectiveness and impact. The power to appoint trustees is with the trustees. To get the Foundation up and running, four Ashfords partners became trustees but nine months on from its establishment, they are now looking at appointing independent trustees to the trustee board.

At the same time, the firm understood that employee engagement would be essential to the Foundation’s long-term success. As a result, employees play a key role through the Supporting Communities Committee, both recommending grant awards and promoting the Foundation within the firm. The real enthusiasm for the Foundation among employees was reflected when there were more than double the number of applications than were places on the Committee.

Nine months on from the Foundation’s establishment may be a little early fully to assess the impact it is making, but it has already made grants of some £110,000 through its two programmes, Supporting Communities and Preserving Communities. With a clear focus on supporting small charities, the Foundation makes small one-off grants to new charities and larger grants to established charities, to help them build capacity. Examples of the charities that have been helped are Exmoor Search and Rescue, St Mary le Bow Young Homeless, Exeter Samaritans, North Taunton Partnership, Caring in Bristol, and the Bereavement Counselling Service in Plymouth.

Establishing the Foundation was just the start. It has a lot more to do: there is money to be raised, grants made, and charities supported. At the same time, by focusing its charitable giving through the Foundation, independent of the firm, Ashfords can also concentrate on further developing its wider CSR programme. There may be no direct commercial benefit in philanthropy, but there are real advantages in getting the focus right.

Ashfords is a leading national provider of legal, professional and regulatory services. We combine legal expertise, commercial experience and our wider network to help our clients achieve their goals, providing value for time and value for money. Our experts possess specific industry knowledge which can help in-house lawyers in the retail sector. 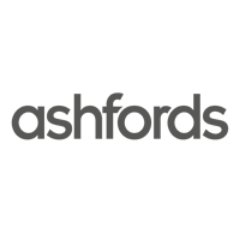 secretary to the Ashfords Foundation

END_OF_DOCUMENT_TOKEN_TO_BE_REPLACED

Dealing with no deal

With a no-deal Brexit on 31 October now a realistic prospect, we assess how the top UK law firms are preparing