Following a sustained period of low oil prices, stakeholders in the oil and gas sector are under increasing pressure to extract value from the contracts that they are party to. This can put strain on longstanding relationships and can lead to disputes that, in a better price environment, would not necessarily have seen the light of day.

One prominent category of stakeholders facing significant pressure in the current environment is the group of hydrocarbon-producing developing states which rely, sometimes to a very significant extent, on oil and gas revenues to balance their national budgets. The point at which the interests of these states intersect with those of private actors is an area ripe for disputes. Failing a significant rebound in oil prices in the coming months, a number of disputes between developing states and the oil and gas companies operating in those states could materialise. This article examines the legal relationship between hydrocarbon-producing states and private exploration and production companies, and focuses on the rights of redress available to the latter. That relationship is most often regulated by a well-established instrument with a long track record: the production-sharing contract (PSC).

After analysing the main features of PSCs and the kinds of disputes that typically arise under them, we look at how international investment law can assist private parties who may find themselves locked in a dispute that may, in large part, be politically motivated.

PSCs have many variations and are referred to by a multitude of different names: production-sharing agreements (PSAs), participation contracts, exploration and production-sharing agreements (EPSAs), to name but a few. In many cases, the party to the PSC will not be the government itself but another entity over which the government can exert a degree of control: for example, a ministerial agency or a state-owned oil company. On the private party side, there will typically be a consortium or a joint venture (JV). All PSC-type contracts share a core of important common characteristics, which it will be helpful to summarise briefly. Under a typical PSC:

Even at times of relatively high oil prices, PSCs have proved to be a fertile ground for disputes. As can be gleaned from the overview of key PSC characteristics in the preceding section, there is a broad range of PSC-related issues that can lead to controversy and the sums at stake will usually be considerable. What makes PSC disputes distinctive is that a prima facie commercial disagreement often will have political undertones or drivers. For example, a state’s refusal to consent to assignment of an interest under the PSC, or a refusal to approve a budget or a development plan, might be motivated by considerations that are not wholly commercial in nature.

Once a PSC dispute arises, it is crucial to explore whether the private party can benefit from protections under international investment law.

In the disputes context, it is important to remember that the PSC will, in almost all cases, be governed by the local law of the state party to the PSC. This potentially creates an imbalance between the parties, with the host state having the advantage of a degree of control over the regulatory environment. The governing law will often be a law with which the private party is relatively unfamiliar and, more importantly, over the development of which the state may exert influence if it so wishes. Adverse changes in regulation (particularly in relation to taxation and environmental obligations) may have a cloak of ‘legitimacy’ even when they are designed specifically to extract further economic benefits for the state party to the PSC. It is possible for such changes to have a significant economic impact on the private party and yet give it no possibility of redress under the PSC.

In addition, what may constitute legitimate government behaviour under local law may not necessarily be what the investor legitimately expected (and may not be justified under international investment norms). This might be the case, for example, if the government affords more favourable treatment to national companies or if its actions violate the expectations (for example, as to regulatory stability) that the government itself engendered when negotiating the PSC with the private party.

For these reasons, once a PSC dispute arises, it is crucial to explore whether, in addition to the contractual framework of the PSC, the private party can benefit from protections under international investment law. Quite often, the manner in which the investment is structured will make it possible to invoke protections under bilateral investment treaties or multilateral agreements, such as the Energy Charter Treaty. Such instruments may, in principle, provide a standalone right of redress (before an independent arbitral tribunal) in case the state’s actions fall short of the investment-protection standards enshrined in the treaty in question. At the very least, the existence of this right may provide additional leverage in any negotiations with the state regarding the dispute. Thus, investment treaty protections should not be forgotten when PSC-related disputes arise.

Private parties should also keep investment treaty protections in mind as part of the investment structuring process. Provided that a dispute has not yet arisen under a particular PSC, it will often be possible to structure (or restructure) the investment in question to benefit from additional investment protections. This can be a simple and inexpensive process. Given the uncertainty of the current outlook, it may be prudent to analyse existing PSCs now and investigate options. 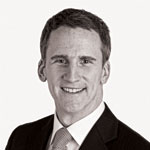 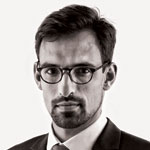