Austrian law regards directors and officers as fiduciaries of their respective company (or rather: its shareholders). This is because, as a basic principle, executives do not usually manage their own assets but rather assets belonging to third parties.

In light of this management function, executives are bound both by a duty of loyalty as well as by a duty of care. More specifically, directors and officers are required to exercise the standard of care of a prudent and diligent business person while carrying out their duties.

Especially due to executives’ integral role in the day-to-day business and the grave effect any misconduct may have on the company, companies and their shareholders have a vested interest that their fiduciaries abide by these standards. This is particularly true for larger companies and corporate structures managing significant funds and assets. At the same time, not all executives will gladly assume the potentially immense liability risk that comes with their executive position.

As a civil law jurisdiction, the core principles of Austrian substantive law are codified in statutes. Regarding directors’ and officers’ liability, the most relevant statutes are the General Civil Code, the Commercial Code as well as the acts specific to the different legal forms. In this context, the private limited company (‘Gesellschaft mit beschränkter Haftung’ or ‘GmbH’) and the public limited company (‘Aktiengesellschaft’ or ‘AG’) are the most relevant legal forms.

For historical reasons, Austrian company law shares a lot of similarities with German law. Accordingly, both German literature and legal commentaries as well as judicature are often consulted as an (additional) source in assessing legal issues of Austrian company law. There are, however, a number of more or less obvious deviations between the two national regimes, which should be kept in mind. One example concerns the taking out of insurance with the aim of indemnifying executives of their personal liability. In that respect, German law sets forth a certain mandatory threshold for an insurance deductible to be borne by the executive (see below).

First, the claimant must have suffered a recoverable loss. Second, this loss must have been caused by the executive’s acts or omissions. Third, these acts or omissions must qualify as unlawful conduct (ie violating a legal rule, contractual obligation or the standards of public decency). Finally and as a fourth prerequisite, the director or officer must have acted at least negligently.

Relevant Standard of Care – Application of the Business Judgement Rule

The test of whether or not a certain act or omission was in accordance with the mentioned ‘standard of care of a prudent and diligent business person’ is part of the third prerequisite – the necessary presence of unlawful conduct on behalf of the executive.

In this context, it is important to note that Austrian company law does not seek to burden the acting executive with the business’ economic risk. Thus, the stipulated personal liability is not construed as a strict liability, but allows the executive to prove that he or she – on an ex post basis – acted as any prudent and diligent business person would have.

In determining the adequacy of the act or omission at hand, the Austrian courts have long since applied the U.S.-American model of the Business Judgement Rule. Recently, the Business Judgement Rule has been incorporated into Austrian company law as a supplemental standard of evaluation. According to this legislative provision, a business decision by an executive is regarded as being in compliance with the applicable standard of care, as long as the executive was not motivated or influenced by extraneous interests and in fact acted on an adequately informed basis with the reasonable belief to be acting in the company’s best interests.

As indicated above, the interests of a company’s shareholders may diverge considerably from the interests of its board members. While the shareholders seek to minimize risk resulting from any misconduct by its directors or officers, the latter may wish to reduce their personal liability to the extent possible.

These diverging interests may be balanced by taking out Directors’ and Officers’ Liability Insurance (‘D&O Insurance’) covering pecuniary losses resulting from any misconduct or negligence by directors, officers or any other insured person.

The concept of D&O Insurance coverage stems from the Anglo-American realm and thus can be described as having gone through a ‘two-step import’ process. This is because, by comparison, the Anglo-American D&O model first gained importance on the German market. The significance of D&O coverage for the Austrian market emerged only later when policies and conditions were drafted – or more often, amended – based on the insurers’ experience gained on the German market. Today, D&O Insurance is widely popular in Austria and taken out by an increasing number of businesses as a matter of course.

Owing to their common-law origin, D&O Insurance policies are somewhat alien to the Austrian insurance market. The most notable difference concerns the product’s operating principle stipulating that insurance coverage is triggered on a claims-made basis. Thus, the insured event is not defined as the occurrence of the misconduct/negligence or the loss itself. Rather, the actual moment of a claims assertion vis-à-vis one of the insureds is decisive.

While there is definitely increasing demand for D&O coverage in Austria, both businesses wishing to take out such coverage as well as insurers looking to launch new D&O products in Austria, are well advised to consult with local experts first. This is not only because of the discrepancies in substantive law between different jurisdictions but also because of the considerable deviations in the scope of coverage of the D&O products already on the market.

The differences in scope of coverage as defined in the typical policies and conditions available may concern, inter alia:

Most D&O policies cover both claims of the insured company vis-à-vis an insured person as well as claims brought by a third person against the insured manager or executive.

As already indicated above, one notable difference when compared to German law concerns the mandatory insurance deductible. In accordance with the German Stock Companies Act (‘Aktiengesetz’), any D&O Insurance coverage taken out to the benefit of a public liability company’s board of directors has to provide for a deductible of at least 10 per cent of the loss or of at least 150 per cent of the insured’s fixed annual remuneration, whichever is higher. The provision aims at promoting more sustainable, long-term decisions. However, in practice insurers simply introduced a supplemental insurance product, allowing the board members to take out yet another insurance on their own expense regarding the deductible. A comparable principle does not exist in Austrian company law.

Directors’ and officers’ liability is of high practical relevance in Austria. The statutory provisions of Austrian company law provide for an executive’s personal liability in case of negligent or intentional misconduct. Such a liability claim requires, inter alia, that the executive has not abided by the standard of care of a prudent and diligent business person. This test is supplemented by the Business Judgement Rule recently incorporated into Austrian company law.

The rules on directors’ and officers’ liability seek to balance the interests of the company and its shareholders against those of its executives. The risk of such claims being asserted depend on the economic significance of a company, its business model and/or its exposure to the public.

As potential claims raised against any director or officer can quickly surpass such person’s private assets, the taking out of D&O Insurance is becoming increasingly popular. The market for D&O Insurance has grown considerably over the past decade. While D&O Insurance coverage cannot guarantee that misconduct by a company’s management is without (detrimental financial) consequences, the taking out of D&O Insurance with the proper parameters – especially an adequate insured amount – is highly recommended. In case a claim is raised against an insured person, a well-tailored D&O Insurance policy can be a vital asset, both for the company as well as for the insured.

In light of the developments during the last decades, particularly decreasing rates, broad scopes of coverage and the increasing number of losses, D&O Insurance premiums are presumed to rise again in the years to come. 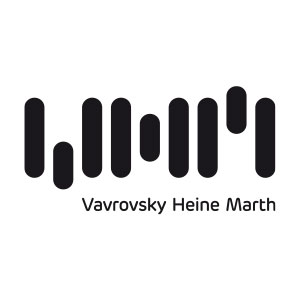