Nestled between the economic powerhouses of India and China, with a 51 million-strong population and rich in mineral deposits, Myanmar has been heralded as the world’s best up-and-coming mining spot. But how feasible is it to get involved with mining in Myanmar?

Put simply, far easier than it was several years ago. The new civilian government, the National League for Democracy, has implemented numerous reforms aimed at stimulating economic growth and attracting much needed foreign investment after five decades of military rule. Unsurprisingly given Myanmar’s abundance of natural resources, the mining industry is experiencing change under the new government.
In December 2015, major amendments to the country’s national mining laws were announced and the new Ministry of Natural Resources and Environmental Conservation (formerly Ministry of Mines) will publish new regulations to be read in conjunction with the amendments to the Mining Act.

The importance of the relationship between the company’s advisers and the local lawyers cannot be emphasised enough. It is a team effort.

To briefly summarise the headline changes: the government will no longer automatically take 30% of output; limits for mining licences have been extended; royalties for some minerals have been slightly lowered; permit sizes and licence fees are under review with certain licensing and approvals possibly being delegated to state governments. The underlying regulations will be published shortly which will give further clarity.
These changes should make investment and activity in Myanmar’s natural resources sector an altogether more attractive proposition. Here, I lay out what I consider key pointers for entering a frontier country such as Myanmar, taking into consideration the successful approach of Gowling WLG client, Unity Energy and Resources.

Unity Energy and Resources took the bold step to enter Myanmar while the old regime was in power and mining companies were subject to fairly restrictive laws. A key philosophy of the company, and one which all potential entrants would be well advised to remember, is that it was a guest in the country and would abide by whatever rules or restrictions Myanmar imposed.

Understanding that different cultures create different laws, corporate social responsibility was and remains integral to the ethos of the team, management and the company as a whole.

Exploration and mining inevitably take companies to parts of the world where legal systems are still developing, as is the case in Myanmar. While opportunities are ripe, getting the legal due diligence wrong can inflict irreparable damage on a company. Complying with local corporate and mining law is essential, but doing so can be a major challenge.

Tax structures, bilateral investment treaties, anti-bribery and corruption procedures and legislation from a variety of jurisdictions – importantly UK, Australia and Singapore – should all be front of mind when entering a frontier country. Also front of mind should be selecting the right local advisers, the importance of which cannot be understated. Unity Energy and Resources, for example, sought advice on Buddhist customs and practices, both to avoid any offence and to keep within the legislative regimes.

Even some of Britain’s, Canada’s and Australia’s most experienced and respected lawyers have been caught out in the past due to legislation being implemented, removed, or interpreted differently by local courts. From my experiences at Gowling WLG, a particularly common mistake when companies are entering frontier countries is to let their own advisers draft contracts conferring rights over exploration or mining titles without the advice of local lawyers.

It is, therefore, essential to find an appropriate local firm that has the necessary experience and reputation. A bonus would be a working relationship with the appropriate governmental departments which is relatively easy to achieve once there is a realisation that the company is keen to put back some profit into the local economy by way of CSR programmes. Once instructions have been given to the local firm, in-house legal advisers must take a keen interest to assess whether the advice given is up to the required standards.

Mining and exploration companies need to consider their legal strategy in order to ensure they are not left with permits and licences that are open to attack, or at the mercy of local companies or a government that wishes to claim ownership of a successful exploration project. All documentation should be run past local lawyers as well as the company’s in-house advisers.

As mentioned previously, companies must work closely with appropriate government and state departments. While this can be a time-consuming process, Gowling WLG and Unity Energy and Resources insisted that its geologists comply with all requirements without hesitation. The process may be slow, but the company has met with great success and mutual respect is evident from the assistance the company has received from officials.

A company must have its soul in the country

There are a myriad of problems that face mining and exploration companies operating in developing countries. Firms need strong legal teams who trust each other and the board of the company, to educate local lawyers in the standards of international bourses and to meet the rigorous demands of banks when borrowing money as the project develops.

The overriding pre-requisite is that of respect for the country, its people, its government and its cultures so that as a company moves from exploration to mining, the local population has already felt the culture, experienced the CSR programmes and had sight of the health and safety record.

Work in the mine will give families money and stability but to build a sustainable business, a mining company has to have its soul in the country. Lawyers must understand that and help the board engage with that notion to implement the correct approach.

Quentin Poole, head of international strategy at Gowling WLG, says: ‘Unity is one of the many companies Gowling WLG acts for in emerging and frontier countries. We see a great deal of potential in South-East Asia, including in Myanmar and we are committed to developing our firm and its presence in order to meet our clients’ needs in South-East Asia and beyond.’ 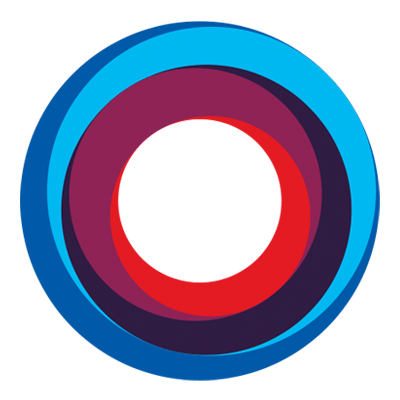 Gowling WLG in The Legal 500 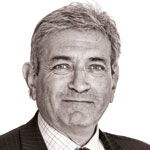