Real estate (and especially land) has traditionally been viewed in Russia as a special asset which significantly implicates the public interest. Therefore, real estate issues are subject to limitations both with respect of choice of law as well as choice of forum.

Russian law mandatorily applies to such issues as creation and termination of titles to real estate (ownership, easement, leasehold and mortgage rights), including but not limited to issues of title transfer. In addition, a Russian court (where it has jurisdiction) will mandatorily apply Russian law to contracts dealing with Russian real estate including asset deals. However, in other context, parties are normally free to choose foreign law to govern contractual issues (for example in construction contracts). Nonetheless, the real estate and especially the construction industry are subject to a significant number of rules that apply irrespective of the law chosen by the parties.

At times, the approach of Russian law is overly formalistic by international standards and can be surprising for foreigners. For example, a major peculiarity of Russian law is that the promise to pay in advance (eg, provide payment under a construction contract on a certain date prior to completion of works) is not specifically enforceable but may be protected only by damages. As another example, the Russian Supreme Court found that a contractor was not entitled to claim payment for variation orders instructed by the client because the orders were not based on amendments to the design documentation approved by state authorities in accordance with Russian law.

Although this was debatable in the past, the Ruling of the Russian Constitutional Court dated 26 May 2011 clarified that real estate disputes are normally capable of being submitted to arbitration (but normally not foreign state courts). This includes most private law disputes, such as those implicating legal title to real estate, disputes arising out of construction contracts and asset deals, etc.

However, despite the recent arbitration law reform which sought to rebuild the trust of Russian courts in arbitration, Russia is still not an arbitration-friendly jurisdiction and Russian courts have traditionally tried to retain control over significant disputes involving real estate. Therefore, even on disputes that may validly be submitted to arbitration, arbitral awards implicating real estate and construction issues are often subject to a pervasive review by Russian courts at the enforcement stage, at times requiring re-litigation of the merits of the case before a Russian judge due to the Russian courts’ expansive interpretation of the public policy exception under the 1958 New York Convention.

Disputes involving public procurement contracts are still non-arbitrable (this is often problematic especially in the construction industry, as the Russian state is the predominant client on the Russian market). The Supreme Court case law suggests that even disputes on private contracts financed using public funds may have to be litigated before a state court. In addition, recent statutory amendments have expressly allowed Russian parties that are subject to foreign sanctions (such as US or EU sanctions arising out of the Crimean controversy) to withdraw from arbitration clauses with foreign parties and seek anti-suit injunctions compelling foreign parties to litigate their cases in Russia under the pain of judicial penalties up to the amount in dispute. In a recent case, the Supreme Court clarified that the mere fact of sanctions against the Russian party is sufficient to invoke this statutory right, regardless of whether the sanctions in fact restrict the Russian party’s ability to arbitrate disputes abroad. This means that the risk of sanctions should be seriously considered when drafting contracts with Russian parties even as applied to dispute resolution.

Thus, even though international arbitration is normally the preferred solution for most international real estate deals and projects, it is not easy to fully avoid the pitfalls of Russian litigation in all circumstances. For this reason, Russian law counsel should ordinarily be involved in a real estate dispute well in advance of its coming within the reach of Russian courts.

Where a real estate dispute has to be heard by a Russian state court, the so-called Commercial (Arbitrazh) Courts generally have jurisdiction. The procedure is based on an active role of the judge and may appear quite inquisitorial. As a matter of practice, disputes are ordinarily resolved only by written evidence, and witnesses of fact are not normally allowed by Russian courts for oral testimony (although affidavits may be admitted especially in international disputes). Discovery is not allowed and document production is quite limited in practice. Thus parties are generally advised to collect written evidence of legally relevant facts (preferably bilateral or coming from a neutral party, since unilateral documents are often demurred by Russian judges) well in advance before any dispute arises.

Real estate disputes (especially disputes arising out of construction contracts) are often resolved largely based on the findings of a court-appointed expert (usually only Russian experts are allowed). It is not easy to challenge the conclusions of a court-appointed expert as the courts are hesitant to interfere with the merits of issues requiring specialised knowledge. Therefore, expert selection is often crucial for real estate disputes litigated before Russian courts. Expert reports furnished by party-appointed experts are admitted as evidence but are not usually decisive.

Russian judges are overloaded with cases and are subject to rigid rules on the speed of dispute resolution. As a result, most cases are disposed of rather quickly by international standards, but this impacts the quality of the process and makes state court litigation unsuitable for most complex disputes. In addition, Russian courts do not employ many procedural devices that are suitable for complex disputes such as bifurcation of proceedings or complex joinders/consolidation.

Trial usually takes place via a number of brief hearings (usually up to an hour in the busiest courts) held at a given interval (eg, once a month). A notable feature of Russian procedure is also that findings of the first degree court are ordinarily subject to lengthy appeals, which include an appellate court, a court of cassation and the Supreme Court, which hears cases on a discretionary basis. It is not uncommon for cases to pass several iterations through the court system before the dispute is resolved. 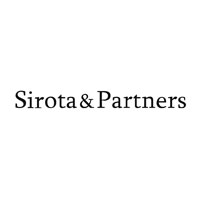 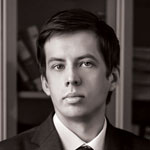 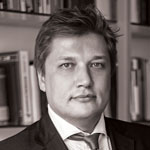