In the United States, the Department of Justice (DoJ), including the regional US Attorney Offices, have federal criminal enforcement authority. Certain state regulators including District Attorneys and Attorneys General have criminal authority for state-level offences. There are several federal regulatory agencies who are very active in regulating the financial services arena, but who are limited to civil enforcement such as monetary penalties and licensing restrictions, including the Securities and Exchange Commission (SEC), which regulates the securities markets and service professionals, the Federal Trade Commission (FTC), which facilitates competition, the Commodity Futures Trading Commission (CFTC), which regulates commodity exchanges and futures trading, and the Consumer Financial Protection Bureau (CFPB), which takes action to protect consumers in a broad range of financial products and services. Certain civil federal regulators frequently refer matters to criminal authorities for prosecution such as the Financial Crimes Enforcement Network (FinCEN) and the Office of Foreign Assets Control (OFAC), each a bureau of the US Treasury, which roots out money laundering and enforces US foreign sanctions, respectively.

During the prior presidential administration, aside from some modestly active antitrust enforcement and a spattering of other activity, federal authorities were historically quiet. Everyone expected a change with the Biden administration and now it has come.

Antitrust enforcement is picking up on the federal level. In a January 2022 speech to the New York State Bar Association, DoJ antitrust division Assistant Attorney General Jonathan Kanter noted that he is directing the division ‘to take risks and ask the courts to reconsider the application of old precedents to [modern] markets,’ seeking ‘new published opinions from courts’ instead of settlements. At the FTC, a September 2021 agency-wide memorandum from Chair Lina Khan forecasted an aggressive antitrust agenda that will challenge ‘dominant firms’ and ‘rampant consolidation’. As part of this strategy, the FTC adopted a new policy statement in November 2021 increasing its collaboration with the DoJ and committing to refer all evidence of criminal wrongdoing it collects in its antitrust investigations to prosecutors, with a particular eye to supporting criminal charges against individuals.

In a marked reversal of everyday practice, the FTC had regularly granted ‘early termination’ under the Hart-Scott-Rodino Act to provide comfort for deals to go through. Now, the FTC expressly reserves the right to question a transaction post-closing. In fact, the FTC recently ordered 7-Eleven to divest hundreds of stores after it completed its acquisition of Speedway.

Activity at the DoJ is increasing and the DoJ is now demanding admissions and extracting serious penalties from its targets. Recently, UK-based NatWest Markets pleaded guilty to wire fraud and securities fraud, and agreed to pay a $35m fine and submit to an independent compliance monitor for three years. Prosecutors tagged the company as a ‘repeat offender’ based on conduct that followed a 2017 non-prosecution agreement entered into under the last administration in which the company admitted no wrongdoing. Likewise, Balfour Beatty Communities LLC pleaded guilty to major fraud against the United States, and agreed to pay $33.6m in fines in addition to $31.8m in restitution to the US military, alongside a civil settlement under the False Claims Act and an independent monitorship.

The DoJ is once more highly focused on charging individuals for their role in corporate crime. Deputy Attorney General Lisa Monaco told the American Bar Association in October 2021 that ‘this department’s first priority in corporate criminal matters [is] to prosecute the individuals who commit and profit from corporate malfeasance’. While she recognises these cases are ‘some of the most difficult that the department brings, and that means the government may lose some of those cases… the fear of losing should not deter’ bringing charges. At the same time, Monaco announced that the DoJ will once more require corporations to identify ‘all’ individuals involved in the underlying misconduct to receive ‘co-operation credit’.

The SEC is much more active and sharpening policies both on the examination level and the enforcement level. SEC Chair Gary Gensler announced at the November 2021 Securities Enforcement Forum that the agency intends to ‘pursue misconduct wherever we find it. That will include the hard cases, the novel cases, and, yes, the high-impact cases.’ He remarked, ‘Some market participants may call this “regulation by enforcement.” I just call it “enforcement”.’ At the October 2021 SEC Speaks conference, enforcement director Gurbir Grewal stated that the SEC will require respondents to admit wrongdoing as a condition of settlement much more often, departing from the past practice that allowed settlement without admitting or denying the SEC’s allegations. There, deputy enforcement director Sanjay Wadhwa indicated the agency will curtail appeals up to him and the director of enforcement. Further, a new policy statement Acting Chair Allison Herren Lee issued in February 2021 indicates the SEC will no longer grant advance waivers as part of a settlement, providing no assurance that respondents in enforcement actions will ultimately avoid the automatic industry disqualifications certain violations impose absent intervention from the Division of Corporate Finance and Investment Management. Moreover, the SEC is pressing ahead with broad disgorgement theories despite the Supreme Court’s recent ruling in Liu v SEC (2020) limiting the scope of disgorgement that may be sought by the SEC.

More broadly, criminal and civil regulators have been extremely active in targeting cryptocurrency and other digital assets, staking out their authority over these evolving technologies and asserting the application of pre-existing – and sometimes conflicting – laws to this space. A very good example is the DoJ’s new National Cryptocurrency Enforcement Team (NCET). NCET brings together the substantial expertise of the Money Laundering and Asset Recovery Section (MLARS), the Computer Crime and Intellectual Property Section, and other prosecutors and staff from around the country under one umbrella. The DoJ will leverage this powerhouse team to support nationwide, local and international investigations that support existing enforcement efforts and supplement the agendas of US Attorneys from various districts, as well as NCET leading prosecutions of its own. NCET builds on the momentum from the DoJ Cryptocurrency Enforcement Framework published in October 2020 and the DoJ’s Cyber-Digital Task Force established in 2018.

Even long-established Bitcoin is under renewed scrutiny. The CFTC has long asserted that ‘Bitcoin, Ether, Litecoin, and Tether tokens are commodities’ under its jurisdiction. And, despite the SEC previously indicating that Bitcoin is not a security, enforcement director Grewal stated at the November 2021 Scott Friestad Memorial Keynote Address that the agency would take a fresh look at which cryptocurrencies and which products based on cryptocurrencies satisfy the definition of ‘security’ the Supreme Court established in SEC v Howey (1946). SEC chair Gary Gensler has likewise called for a crackdown in cryptocurrency, celebrating and planning to expand upon the 75 cryptocurrency SEC lawsuits in the preceding decade. The SEC is continuing its pursuit of Ripple Labs’ XRP cryptocurrency, while both the SEC and the CFTC target cryptocurrency exchanges for failing to register as a securities or commodities exchange, respectively.

While civil cases have been active in the past five years, there were much fewer private lawsuits coming from enforcement. As government enforcement picks up again, we should expect an acceleration of civil actions seeking private remedies for the conduct regulators allege in their enforcement actions. Further, the state regulators that expanded their efforts to make up for lax federal enforcement are not slowing down now that federal regulators and prosecutors have returned. 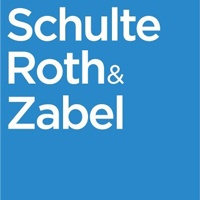 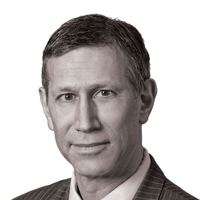 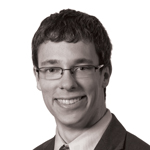