With its enactment of the new German Digitalization Act (GWB10) on 19 January 2021, Germany became one of the first countries to upgrade its statutory toolbox to tackle the (perceived) market power of digital giants. The most prominent tools aim to address behavioural and structural market deficiencies (paras 19(1a), 20(3a)) and ease data access (paras 19(2) no 4, 20(1a)).

In this article, Latham & Watkins provides an overview of the impact these changes will have on day-to-day business.

At the heart of GWB10 is a new tool to prohibit certain blacklisted conduct of companies with paramount importance across markets (para 19a). This tool revolutionises the FCO’s traditional intervention powers and thereby aims to tackle presumed under-enforcement in digital markets.

Prior to GWB10, the FCO could only intervene against abusive behaviour of dominant companies. With the novel concept of paramount importance, the FCO wields another threshold for intervention; while market dominance is one of the factors to be considered, it is no longer a prerequisite. The tool is primarily designed to tackle large digital platforms. However, it is applicable to all companies with a strong position on multiple markets (eg, B2B and B2C platforms and networks). Once the FCO considers a company to have paramount importance, the label will stick for up to five years.

Contrary to traditional abuse control and akin to regulatory mechanisms outside the antitrust universe (eg, telecommunications regulation), the tool empowers the FCO to prohibit certain types of conduct before ‘the crime’ is even committed. Specifically, the FCO may prohibit:

While the FCO considers the above categories as ‘typically harmful’, the exact scope of the blacklisted conduct is yet to be defined. Still, companies are not left defenceless. Relevant conduct can – on a case-by-case basis – be objectively justified. The burden of proof for any justification, however, lies with the company. Thus, in practice, in case of a non-liquet, the company has to bite the bullet.

The legislative reasoning behind GWB10 indicated that there will only be approximately three cases in the next five years. Yet six months past enactment, the FCO has already initiated four proceedings against the biggest players on the digital market. Time will tell whether the FCO will use its new powers in exceptional cases only or whether they will become the FCO’s standard go-to tool.

For now, the paramount importance tool leaves practitioners – absent any case law or practical guidance – with a significant deal of legal uncertainty. This uncertainty has only grown since the legislator cut short the appeals process to a one-stop-shop before the Federal Court of Justice. It remains to be seen how and at what speed the Federal Court of Justice – traditionally a pure appellate court – will assess the factual basis when reviewing a case.

With GWB10, Germany is pioneering in international efforts to address the perceived under-enforcement of competition law in the digital economy. Meanwhile, the European Commission has proposed similar tools for digital gatekeepers in the draft Digital Markets Act. Given pending European legislation, the GWB10 bears the risk of diverging national legal standards in the EU.

Tip(ping) of the iceberg – tool to prevent structural market deficiencies

As co-pilot to para 19a GWB10, which targets behavioural market failure, GWB10 introduces a new tool to tackle presumed structural deficiencies in digital markets (para 20(3a)). The tool enables the FCO to intervene at an early stage and prevent the tipping of markets into monopolistic or highly concentrated markets.

The new tool targets companies with superior market power active on multi-sided markets. Thus, the FCO is entitled to intervene before a company has reached market dominance. Superior market power is assessed in relation to other competitors active in the market (serving as a benchmark).

Under the new tool, companies may not impede competitors from independently realising network effects. Absent a clear framing or practicable examples, the provision appears to target the obstruction of (i) multi-homing and (ii) switching of platforms. Surprisingly, some familiar aspects commonly raised in this context (such as refusal of interoperability) are explicitly excluded as relevant conduct in the statutory reasoning.

Similar to para 19a, the tool softens the thresholds to justify FCO intervention. The provision only requires a risk of significant restriction of competition. The FCO does not have to wait until (and prove that) exclusionary conduct actually harms competition.

The developments of multi-sided markets are highly complex and subject to a variety of constantly evolving dynamics. Economic experts are engaging in heated debates worldwide on how to accurately predict the tipping of markets. In time it will become clear whether the FCO is adequately equipped for this exercise. Premature intervention may have the opposite effect and suppress innovation to the detriment of consumers.

Data has become the most prominently discussed ‘resource’ in the modern economy. GWB10 stipulates two separate provisions to break up presumed data sovereignty of certain companies (paras 19(2) no 4, 20(1a)).

The first provision targets dominant companies and expands the traditional essential facilities doctrine beyond physical infrastructure (para 19(2) no 4 GWB10). As one prerequisite, granting access to data must be objectively necessary in order to operate on the upstream or downstream market. This could, for example, cover proprietary data required for (post and predictive) maintenance and servicing of assets.

With the GWB10, the legislator acknowledges that companies may be dependent on data irrespective of the controller being a dominant company. This dependency may amount to superior market power. If a company has superior market power, the refusal to grant access in return for adequate compensation is deemed exclusionary conduct (para 20(1a)). The provision will also apply if the relevant data have not yet been commercially traded.

As the provisions significantly reduce the thresholds to access third-party data, we anticipate a notable increase of these types of requests. Practice will show what kind of data can be requested (eg, raw data, aggregated data, meta data, real-time data, etc).

Regardless, the provisions will require an enormous balancing act: while access to data may have pro-competitive effects, practitioners must equally safeguard data protection laws and business secrets. Excessive access may set false incentives and ultimately slow down innovation.

GWB10 amends the existing merger control provisions across all industries by (i) raising the relevant thresholds, (ii) extending the deadlines for the FCO to assess the deal, and (iii) providing the FCO with the power to request sector-specific filings.

The merger control thresholds have been raised significantly in order to filter out transactions of minor economic importance:

Overall, the changes aim to free the FCO’s resources for other enforcement priorities (including the tools discussed above). The number of notifiable cases is expected to drop by 20% to 30%.

The phase II review period has been extended from four to five months (para 40(2) second sentence). Practitioners must keep this extension in mind when planning the closing of a deal.

GWB10 introduces a new sector-specific obligation to notify. For a period of three years, the FCO may oblige a company to notify every acquisition if:

This provision seeks to target ‘killer acquisitions’. Given the high thresholds, however, in practice, very few companies are likely to be subject to such obligation. Nonetheless, six months past enactment, we have already experienced a significant increase in sector inquiries (specifically in the digital sector).

Co-operations are trending, specifically in the digital sector. Being under enormous time pressure to go to market, companies must usually assess potential antitrust risks within a short period. To increase legal certainty, companies that wish to enter into horizontal co-operations are now entitled to a formal decision of the FCO (para 32c GWB10). Upon application, the FCO has six months to issue a decision that there are no grounds for action.

GWB10 incorporated the former FCO guidelines for the calculation of fines. In doing so, both the FCO and courts are equally bound to the same principles. This change significantly reduces the risk of diverging calculation methods and of a reformatio in peius in the court proceedings.

In this context, compliance measures (prior and post infringement) are explicitly listed as mitigating circumstances (para 81d(2) sentence 2). This once more shows the importance of a solid compliance system (including trainings, internal guidelines, and self-assessments).

GWB10 significantly sharpens the FCO’s investigative powers in dawn raids. Most importantly, employees must – upon request by the officers – disclose information that allows access to evidence (para 59b(3)). Employees who refuse to comply with such requests are subject to fines. To the extent natural persons are obliged to cooperate, they must also disclose self-discriminatory facts if obtaining such information in any other way is significantly more difficult or unlikely. Such information, however, may not be used in criminal and administrative proceedings against that person or against a relative without consent. 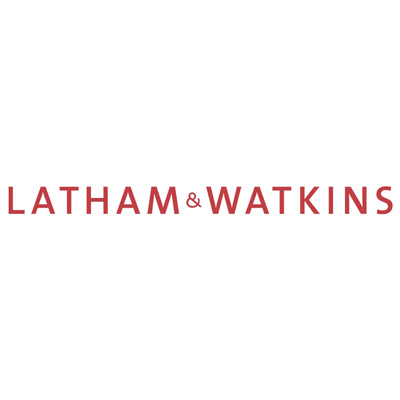 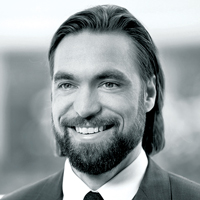 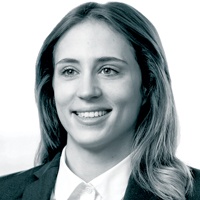