With global vaccination rates lifting consumer sentiment there are reasons to be optimistic about economic recovery from the global pandemic. However, new virus mutations, uneven vaccination rates, and reducing levels of government economic support measures all mean that the economic outlook remains uncertain and many market sectors will continue to face challenges in the medium term.

It is therefore very important for company directors, and those who advise them, to properly understand and manage their obligations when a company is (or is approaching) a point where it may be unable to pay debts as and when they fall due.

While this article is focused on the law of the Cayman Islands, similar principles will apply in other common law jurisdictions and virtually all well-developed legal jurisdictions have some mechanism by which a company can reorganise indebtedness so as to avoid the catastrophic failure of its business. The principles are therefore of general application, but are not a substitute for taking specific advice.

Directors’ duties are not codified by statute and remain governed by a combination of common law principles, certain duties found in statute1 and any additional duties prescribed in the company’s articles of association.

A director’s duties include the fiduciary duties to act in good faith in promoting the best interests of the company, to act for a proper purpose, to exercise independent judgement, and to avoid conflicts of interest.

Cayman Islands directors also have a duty to carry out their role with the care and skill that might reasonably be expected of someone carrying out the directorship at the time.

For this reason, insolvency in this context should not be analysed by a slavish observance of the cash-flow test (ie the inability to pay liabilities as and when they fall due3) or the balance sheet test (ie when the value of the liabilities on the balance sheet exceeds the value of assets), but by taking a more commercially pragmatic view as to when the company may be commercially insolvent, or where commercial insolvency is a real risk – the so-called ‘zone of insolvency’.

To facilitate a commercial assessment of solvency, the directors of a company should consider cash-flow insolvency in the context not only of those liabilities which are immediately due and payable, but also those which are due and payable in the reasonably near future (Re Cheyne Finance Plc [2008]). In considering balance sheet insolvency, regard should be had to contingent and prospective assets and liabilities (BNY Corporate Trustee Services Ltd v Eurosail-UK [2013]), with a healthy dose of realism applied to elements of uncertainty, for example the relative value of currencies over time or the collectability of ageing receivables. This allows directors (and those that advise them) to more appropriately consider whose interests are at stake, whether shareholders, creditors or both, and to act accordingly in making decisions with respect to the management of the company.

Although there is no point prescribed by statute at which a company must enter into a restructuring or insolvency process, and no requirement to show that the company is effectively beyond ‘the point of no return’4, directors can be made personally liable to the company for any losses which they cause to the company if they act in breach of their duty to act with regard to the interests of creditors.

Examples of such a loss may include any additional liabilities incurred when the director knew, or should have known, that there was no reasonable prospect of the company being able to pay those liabilities or avoiding insolvent liquidation. Certain statutory provisions prevent dispositions of assets which seek to prefer one creditor over others, dispositions of assets at an undervalue, or the carrying on of business with the intent to defraud creditors.

Once the company is at or near the zone of insolvency, the best interests of the company (including creditors) would usually require proper consideration of restructuring options.

Commonly, a restructuring will involve some or all of the following components:

The scheme of arrangement therefore represents a flexible mechanism for effecting a compromise or arrangement with creditors which does not require full approval from creditors to be effective.

The effect of the appointment of provisional liquidators is to bring about a moratorium on claims against the company, including any criminal proceedings, without the leave of the Grand Court. The moratorium prevents adverse creditor action and provides the company with breathing space so it can formulate and propose a restructuring arrangement. A number of recent cases have confirmed that the Grand Court will give priority to credible restructuring proposals, preferring to see companies avoiding an insolvent winding up process where possible.

The key advantages of a restructuring are that it preserves jobs, preserves value, avoids the need for a fire sale of assets and potentially reduces professional fees. Accordingly, directors of a company at or near the zone of insolvency (and those who advise them) should consider restructuring options sooner rather than later and should seek specialist professional advice at the earliest opportunity to protect both themselves and the interests of shareholders and creditors.

Campbells in The Legal 500 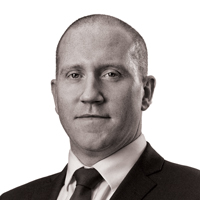 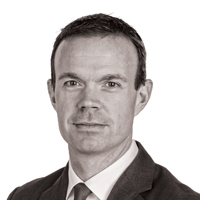 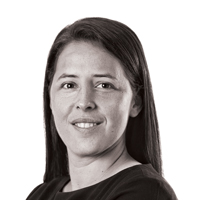