The Russian economy was greatly affected by the global epidemic and the decline in business activity. Economic performance was influenced by the OPEC+ oil pact, the drop in oil prices and the volatility in the dollar exchange rate. However, those difficulties were overcome relatively well, since the government implemented support measures to stabilise the economic situation. According to the Bank of Russia, GDP declined by 4% in 2020, but a steady growth is forecasted in 2021 as the epidemiological situation stabilises.

As for the general investment appeal of Russia’s economy, the aforementioned factors and an overall state of uncertainty forced investors to refrain from vigorous activity on the market. The real estate, consumer and transport sectors have been affected the most. During the year, the Bank of Russia adjusted its forecasts for capital outflows – the final scenario is hovering around $53bn, which is almost double the 2019 figure and slightly lower than the post-crisis 2015 figure. Nevertheless, the investors’ interest is expected to grow as the market recovers from the turmoil of the pandemic.

Overall, Russian M&A market indicators in 2020 confirm the global trend. According to KPMG’s Russian M&A Review 2020, the number of deals declined by 15% (to 567) in 2020 compared to 2019, while total deal value dropped by 5% to $59.7bn. At the same time, the fall of asset value creates new conditions for purchasers who are ready to accept increased risks in a situation of uncertainty. The main factor that offset the overall market decline was several major deals in the oil and gas sector worth $25bn including transactions with the participation of Rosneft, Independent Petroleum Company, etc.

Despite the loss of interest in certain sectors, the healthcare, delivery, online commerce, IT and TMT industries have seen a significant increase in investor interest. In particular, the number of deals in IT and TMT sectors increased by 9% and the healthcare sector showed the highest activity in the M&A market over the past seven years.

The epidemiological situation has facilitated some changes in the regulatory field, eg, any general shareholders meetings (GSM) in joint stock companies (JSC) or limited liability companies (LLC), including annual GSM, could be held in absentia upon the decision of the executive body or the board of directors, respectively. Therefore, any decisions could be adopted by voting via technical means. These rules are still in force in 2021.

However, it would be unfair to say that all of the novelties were related to the pandemic. One of the key legal developments in the field of M&A transactions in 2020 was an anticipated bill (Bill No. 972589-7, On amending certain legal acts of the Russian Federation with respect to convertible loans), providing for convertible loan agreements (CLA). A convertible loan is an instrument widely used in venture transactions for investment in startups abroad, however it is not specifically regulated in Russia. According to the bill, a borrower shall be a non-public JSC or a LLC. By its maturity date, the borrower – on the discretion of the lender – shall either (i) return the loan with accrued interest, or (ii), issue additional shares (in JSC) or transfer a stake in the charter capital (in LLC) to the investor. The payment for the shares or a contribution to the company’s charter capital is performed by set-off against the obligations under the CLA through filing a relevant request to the registrar or the notary. The legal definition of the convertible loan should facilitate structuring debt-for-equity transactions under Russian law and will potentially lead to an increase in the number of investments in startups.

As for the case law, one case draws special most attention. In June 2020 the Russian Supreme Court adopted a decision that established new rules for structuring corporate relations in non-public companies (primarily, LLC). According to the decision:

Despite the pandemic and other economic difficulties, the Russian M&A market is gradually recovering, including growth of venture capital transactions with the participation of investment funds established by governmental institutions and major corporations. It is expected to be characterised by the following features:

Large and financially stable companies, mainly large diversified holdings and state-owned companies (including banks), will become key participants in the M&A market and will be able to benefit from the impact of the pandemic by buying companies undergoing financial difficulties at low prices. 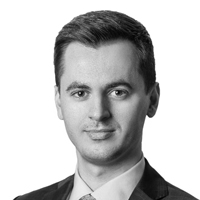 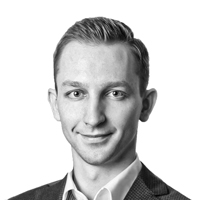