The CRC Energy Efficiency Scheme is to be abolished. Although that will be popular among the organisations affected (CRC organisations) there is – and how could there not be? – a sting in the tail.

On the plus side, after March 2019 CRC organisations will no longer have to forecast their energy use and buy and surrender allowances. Also on the plus side, the emissions reporting obligations they now have will be simplified. Exactly what that means we will not know until later in the year when a consultation on the new arrangements is published. What we do know is that the obligations of smaller organisations will be de minimis. We also know (another sting in the tail) that large public and third-sector bodies which fit the Energy Savings Opportunity Scheme (ESOS) criteria (employ 250+ people or have an annual turnover of more than €50m and an annual balance sheet of over €43m) are to be included among those obliged to make reports.

On the minus side, as the CRC scheme comes to an end the Climate Change Levy will be increased. In principle, the increase is to enable the Treasury to make up the shortfall it will lose as a result of allowances no longer needing to be bought by CRC organisations. So in principle, the change should be revenue neutral not merely for the Treasury but also for CRC organisations.

But – and it is not an insignificant but – the Climate Change Levy is to be ‘rebalanced’. At present, the levy is a tax on (inter alia) electricity and gas and is set at a ratio of 2.9 electricity to one gas. That will change in 2019 to 2.5 electricity to one gas and, by 2025, the ratio will become 1:1. So as the CRC scheme ends, not only will the rates of the levy rise, but rates on gas will become proportionately higher – and gas usage will be increasingly penalised.

What can CRC organisations do to minimise the impact of the levy? That isn’t a question that parties to climate change agreements need to consider just yet (their arrangements will remain in place for around a decade with no taxation or financial increases except for indexation). But it is a question for most non-intensive-energy-using businesses that are caught by the CRC scheme and it is a question, basically, that falls in two parts:

1) How can energy efficiency be improved at least cost?

2) And – much more importantly – how can gas usage be reduced?

The scope for energy efficiency improvements, at least, for those not involving the heating of large spaces, is always relative. It is relative to what an organisation has already done (eg, installation of lighting that goes off when no-one is around or automatic cooling facilities responding to sunlight), to an organisation’s mechanical processes that can be done more efficiently (by, eg, by super-efficient pumps or better refrigeration units) and to what else is necessary to achieve localised change, including structural changes to buildings (such as cladding).

The energy efficiency that really matters – reducing the amount of gas a CRC organisation uses for heating purposes – is not relative. There are a number of ways of doing it, most of which provide incomplete solutions in situations of retrofit, but there is one way that works in almost all circumstances: combined heat and power (CHP) generation.
The virtue of CHP generation is that, as the name implies, it produces both heat and electricity.

CHP generators come in many different forms and which form is chosen is likely to be dictated by site-specific features. There are really just two broad classifications in play for those seeking to minimise payment of the levy and considering CHP as a way to do so. There is ‘ordinary’ CHP and CHPQA, which is a CHP generator that reaches a Quality Index efficiency standard, known colloquially as ‘good quality CHP’. Under each of these two broad classifications there are many variants – but the variants are second order to the overall classification.

The important difference between these classifications is that a CHPQA generator’s output is exempt from the main rates of the levy while the output from an ‘ordinary’ CHP scheme attracts a percentage reduction that varies with its indexed efficiency. Simply, the higher up the efficiency index a CHP plant, the more free it is from the levy.

The obvious upshot would seem to be that a CRC organisation should consider the purchase of CHPQA electricity and heat from a third-party supply company. There is one small wrinkle: it is only if the supply is direct, ie, made directly with the operator of the CHP generator, that a third-party supply will attract relief from the levy. Alternatively, a self-supply will attract that relief – but most CRC organisations will not be looking to save costs by building their own CHPQA generation plants.
Many organisations, including some CRC organisations, already have arrangements with renewables generators on their sites.

The advice to CRC organisations looking to cut costs as the Climate Change Levy starts to bite on gas usage is to choose their heating supply carefully and make sure that it is green.

Typically, they lease a plot of land on their sites to a developer who will build, own and operate the generator, they will grant it rights to put cables across their land and will agree with it a power purchase agreement enabling them to buy electricity much more cheaply than is available to them via any other form of third-party supplier. The electricity is cheaper because the generator’s costs are lower than they would be on any other (independent) site, because excess output is fed to the network through the site owner’s connection so they bear no connection costs and because these generators avoid a number of charges that they would otherwise pay if they were directly connected to the public network. The builder-owner-operator can sell at low prices and still recover its costs.

The same arrangements generally apply to on-site CHP generators (with some obvious differences for those supplying heat to the site owner). As a consequence, the heat and electricity supplied is usually significantly cheaper than would otherwise be available to the site owner. In fact, CHP output (from a compliant CHPQA plant) should be even cheaper than much other on-site renewable output.

And, if the generator is CHPQA-compliant, not only will the energy be cheaper, but the supply will obtain levy relief, which makes it even more valuable to a CRC organisation. In addition the CHPQA plant can be fuelled by ‘green’ products – a reputational bonus for many CRC organisations.

The advice to CRC organisations looking to cut costs as the Climate Change Levy starts to bite hard on gas usage in 2019 is to choose their heating supply carefully and make sure that it is green, that it benefits from the levy exemption and that it provides them with cheaper energy supplies than are available on the open market. A CHPQA generator is a good place to start looking. 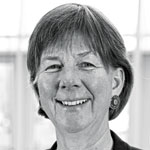