Being a director or senior officer of a corporate organisation has a number of responsibilities. With these is a corresponding liability when things go awry. These include the possibility of a prosecution if the criminal law has been breached.

White-collar fraud is a species of criminal behaviour with potentially serious consequences for those caught up in its description. The extent of such criminal behaviour is increasingly becoming part of the daily digest of court cases. What was previously regarded as ‘questionable behaviour’ is now more clearly defined in terms of the criminal law. That which previously was overlooked is now sometimes more clearly the focus of a police investigation.

The possibility of an innocent officer, director or senior manager being blamed or caught up in the dishonest conduct of others presents real problems. If it happened ‘on your watch’, it can be very difficult to simply say that you did not know what was going on. Such a response, is likely to be looked at with a degree of cynicism, the expectation being that if you had a right to know what was going on than you probably did.

The range of possible offences are wide and cover a spectrum of behaviour – insider dealing, money laundering, bribery and corruption, fraudulent trading and cartel offences concerning the fixing of market conditions.

As an example, fraudulent trading can cover a wide spectrum of behaviour with a corresponding range of culpability for those involved. At one end of the spectrum is a clear case of the company trading dishonestly or recklessly, with little or no regard for the interests of creditors. At the other end can be the case of the otherwise well run company that runs into financial difficulties, with the directors seeking to carry on in the hope that all will come good in the end. Their reckless disregard of the reality of the situation can lead to the same outcome for the company’s creditors and criminal liability for the directors who are responsible.

The prospect of proceedings for the ‘innocent’ director or officer can be onerous. The prosecution would have marshalled at their disposal considerable resources and expertise – specialist investigators, accountants, solicitors and barristers. The task of challenging such a case can be daunting. This is not just in terms of costs. You must always be sure to check the terms of your officers and directors insurance. Make sure it is comprehensive enough to help you when help is needed. The emotional strain of proceedings can also be daunting with court cases taking anything up to two years (and sometimes longer) to reach a conclusion.

I was recently involved in such a case where the directors and a senior manager of a company were indicted for conspiracy to defraud. The conduct complained of was the selling of investments to members of the public known as Rare Earth Metals (REMs).

REMs are metals and alloys used in many devices that people use every day, such as computer memory, rechargeable batteries and mobile phones. During the past 20 years, there has been an explosion in the demand for these items and correspondingly a market in the trading of REMs. This is however a very sophisticated type of investment and not to be entered into lightly by the uninitiated.

The enterprise, which was the subject of the court proceedings, looked credible at first blush. Detailed and persuasive brochures were published with convincing quotations from information verifiable on the internet and other sources. In this case, a small part of the truth was made to sound very plausible. The gullible investors failed to spot the full extent of the misleading terms in the promotional material.

Not only did this company sell REMs at inflated prices with exaggerated promises of high returns but, driven by greed, the practice soon developed of taking the money and not buying REMs at all. If any investor was paid out today, it was from somebody else’s investment paid yesterday. A classic case of robbing Peter to pay Paul.

The full extent of the fraud was circa £1m. The inevitable prosecution followed. Two directors and a senior manager were all prosecuted for conspiracy to defraud.

There was little doubt that a fraud had been committed. The issue to be determined in the court proceedings was who was dishonestly involved and who was innocent, trusting important areas of management and control to others.

The inevitable conflict in the trial arose between the three defendants. One director pleaded guilty. The other director said that he had little day-to-day control of events in that he had been duped by his dishonest co-director. The senior manager’s position was slightly different. He was not a director and had no control over the company. However, he controlled a large number of salespersons who were recruited and trained to promote the company’s marketing, often via telesales. All of this was commission driven such that there was a substantial incentive to continue to market these investments, in the expectation that the money would keep rolling in as indeed it did.

The position of the senior manager was that he was just following orders and did so being unaware of the dishonest activities of the directors. The jury found otherwise. He and the other director were found guilty. It has to be said that some of the employees could also have been prosecuted for being willing participants in the promotion of this dishonest scheme. The prosecution chose however not to include them as defendants, relying instead on these persons as witnesses as to how the company was run.

The sentences imposed were significant, ranging from six-and-a-half years to eight years imprisonment.

In addition, the prosecution started proceedings to recover the value of the monies fraudulently obtained. These are separate proceedings under the Proceeds of Crimes Act, the total loss being £1m. It is open to the prosecution to try to recover all of this, or as much as it can, from the assets of any of those persons found guilty. Failure to pay a confiscation order can in itself attract a lengthy term of imprisonment in default. The confiscation order still remains after a prison sentence and is never extinguished because of ‘time served’. The liability to pay the confiscation order continues until the final penny is paid over. 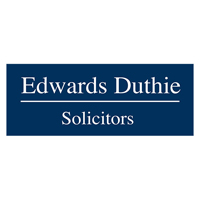 Edwards Duthie Solicitors in The Legal 500 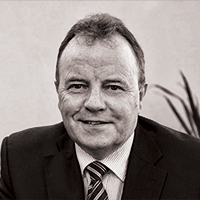