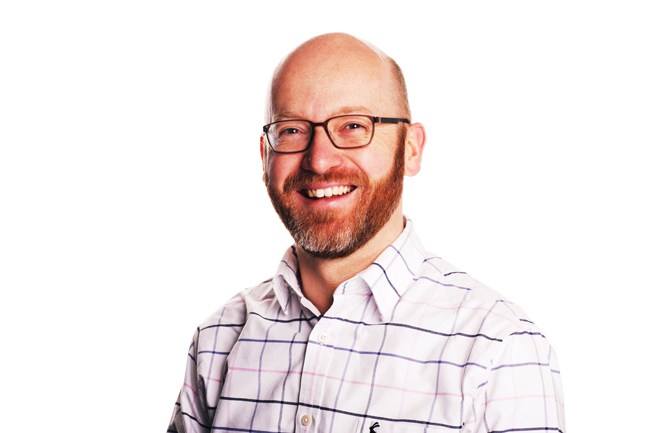 The London office of peer-to-peer lender Funding Circle is exactly what you would expect from one of the UK’s largest and most high-profile fintech businesses.

Open-plan, has meeting rooms with names like ‘Borough Market’, and staff play table tennis as you walk into reception. It feels like a fun place to work.

A cliché, maybe, but UK general counsel Martin Cook cites this jeans-and-trainers environment as a main drawcard for joining the business back in early 2015. He also talks at length about realising he wanted to work for a company that has a positive impact on society.

‘When I first started working, it was about going to a good place for your training and working hard and getting your experience. People still want that, and to develop as professionals, but they are a lot more motivated by the values of a business, the culture and the mission of the business. We’re a business, we’re not a charity, but we help small businesses do what they want to do and help create new jobs.’

Drill down into Cook’s even more recent work experience, however, and it becomes abundantly clear why he would be attracted to such a culture. Before Funding Circle, he was deputy GC at controversial payday lender Wonga Group for just over two years. He variously describes his time there as an ‘amazing learning experience’ and ‘stressful’.

It was a period of intense scrutiny for the ‘short-term, high-cost’ credit provider leading to redundancies and divestments, all while the company sought Financial Conduct Authority (FCA) authorisation. Then there was the time a television crew infiltrated the office.

We’re a business, we’re not a charity, but we help small businesses do what they want to do and help create new jobs.

‘They trespassed on the office pretending to be the regulator, for a comedy programme, and tried to interview staff members, so we had to deal with the fallout. I can’t remember the name of the show now, but there was weird stuff like that that you cannot predict.’

It has been quite the evolution for Cook, who never had a longstanding ambition to become a lawyer yet began his career at Slaughter and May in 2000 doing a combination of corporate and IP work. The clients and deals were big but he opted for a move to Travers Smith, seeking more variety. One of his highlights there was helping to set up Metro Bank in 2010, the first high street bank to launch in the UK for more than 100 years. Travers advised Metro from its inception, including on its fund raising, authorisation from the former Financial Services Authority, outsourcing contracts and the documentation for its product range.

Then he got married and became a father. His wife Kate, the UK and Ireland GC of French food-products multinational Danone, was already an in-house lawyer and advised Cook to do the same. He landed at Royal Mail.

‘I thought: “This is quite big and bluechip, which is maybe a good first in-house role with a reasonably sized legal team.” I did a mix of stuff on data like commercialisation, on IP issues around stamps and stamp merchandising, random meetings at Buckingham Palace. But the main part of the job was focusing on modernisation, putting more machines and automation into the mail delivery centres.’

There was also the privatisation and £3.3bn listing of Royal Mail in 2013, but Cook quickly sought a move elsewhere. The work was interesting but he became frustrated toiling in such a ‘big beast’, which meant some projects were never fully implemented. Cook thought working somewhere smaller meant he could have a bigger impact in a broader role.

This is where the aforementioned Wonga crops up, which Cook was unsure about at first. ‘In the end I took meetings with the people there, who were great. The offices at that time were in North London – Regent’s Park – they wore jeans to work, and I’d never really seen anything like it.’

Reflecting on his move in-house, Cook believes the key lesson he took from his time in private practice is the importance of high standards. ‘I do not miss the suit and tie, or timesheets, or the hours. But people shouldn’t be fooled by the trainers or whatever – our primary job is still as lawyers and to be a trusted adviser to the business and to protect the business and serve the business.’

He joined former Wonga GC and now Funding Circle global GC Lucy Vernall at the company more than three years ago and says it has been a period of rapid and exciting change. Funding Circle was founded in 2010 and has expanded into the US, Germany and Netherlands. Its financial matchmaking service has seen nearly 80,000 investors lend more than £3bn to businesses, earning £177m in interest. The company keenly touts research it commissioned, which claims this lending created 75,000 global jobs in 2017, while various capital raisings over the years have valued Funding Circle at more than $1bn.

We’re having to apply a body of law but to a new business model. The law is changing and we’re at the forefront of that.

The legal and compliance team has grown from eight people when Cook joined to 31 today. It is split geographically alongside the business, with 11 lawyers and six compliance staff in the UK – which accounts for 70% of the overall business. There is a specific capital markets legal team headed by former Dentons partner Tom Parachini.

Cook says the team tries to do most work in-house, only using law firms where they do not have internal expertise, such as property, or when they need a second opinion, such as a regulatory issue. In May last year, for example, Funding Circle received full authorisation from the FCA – the application for which was largely handled in-house over 18 months, with advice only sought externally on specific aspects.

Other highlight work he points to includes one of his first projects, listing the company’s SME Income Fund on the London Stock Exchange. The fund raised £150m from asset managers, pension funds and private wealth managers for loans to small businesses. There have also been product changes and launches, such as an ISA, which provides tax-free returns.

Cook comments: ‘We’re having to apply a body of law but to a relatively new business model. In some areas the law is new or changing, and we’re at the forefront of that and helping shape the direction of travel, what the future should be, so it feels like a real privilege.’

Given the company’s position in an emerging sector, a big part of his job is talking to government and regulators about the industry. Funding Circle was a founding member of the Peer-to-Peer Finance Association, which sets operating principles above those legislated for. Cook also sits on the government-backed Fintech Delivery Panel, again working through industry issues.

He sees a lot of untapped potential in the peer-to-peer lending sector and believes the legal function has a vital role to play in the company’s trajectory. The team requires potential employees to do cultural fit interviews before they are hired and sets goals on a quarterly basis, alongside every other team in the 900-employee company.

‘We need great lawyers but also have to be confident they will be positive additions to the wider community. Our voice carries the same weight as anyone else’s does, so we’re not just confining ourselves to legal and regulatory advice or topics. It’s about hiring people who are excited about the opportunity of working here and what it is and can become.’

At a glance Martin Cook

2000 Senior associate, Slaughter and May