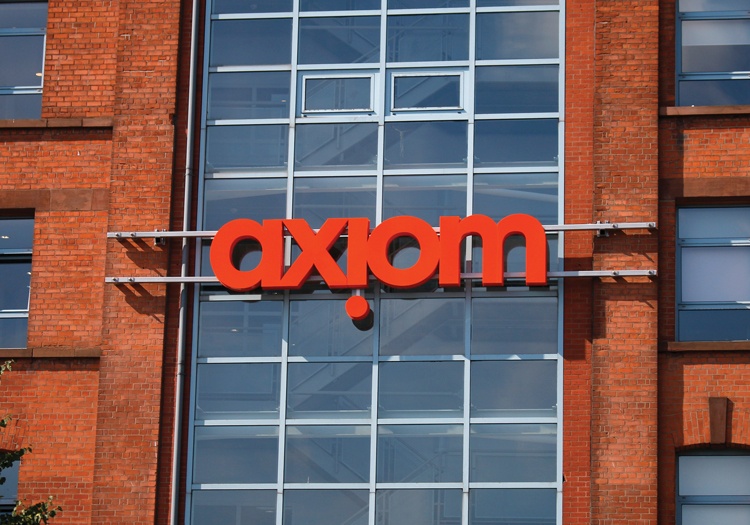 When Axiom announced in February its intentions to float, it was a seminal moment for New Law, with the pioneering flexible lawyering company established as the most prominent global brand in the sector. Back in 2013 one excited commentator forecast 2018 as the year Axiom would become the world’s largest legal provider (spoiler alert, it still wouldn’t make the Global 100).

However, the announcement that the company had submitted a draft registration document for a proposed initial public offering (IPO) saw a corollary disclosure: Axiom’s contract intelligence arm, Knowable, and its legal process outsourcing arm, Axiom Managed Solutions (AMS), have both spun off from the firm to create two independent businesses. Only Axiom, the core flexible lawyering platform, will be floated.

The flexi-lawyering side of the business was approximately 70% of Axiom’s overall offering before the split, and by many accounts, the company’s most profitable. Yet it is an increasingly mature business and one with a rapidly-emerging pool of competitors, both New Law and conventional law firms.

Given that much of the hype surrounding Axiom was that it could creatively marry providing individual lawyers with services closer to those of institutional providers, there is some scepticism over the move.

With Axiom tight-lipped, several clients contacted by The In-House Lawyer felt that Axiom’s newer divisions were failing to match expectations or even to work together effectively.

‘A lot of the newer parts of the business outside of personnel provision weren’t helping us much anyway,’ says one UK general counsel of a large client that has instructed Axiom. ‘Allen & Overy and other law firms, for example, offer similar capabilities [that are] cheaper.’

Though the float had been long expected, the three-way split was not previously flagged. According to one former Axiom staffer, the current model is not how the IPO was discussed in years gone by. Given that such IPOs tend to favour growth and businesses using technology to drive innovation, the move has been met with surprise by financial professionals.

‘One thing people want when you go to market is differentiation,’ says Peel Hunt head of IPO origination Indy Bhattacharyya. ‘If you have an interesting tech dynamic or something resembling a platform like Keystone, then you have a particular angle that is very helpful.’

For comparison, Keystone has seen a rise in its share price, which towards the end of last year rocketed to more than 400p from 191p at the time of the IPO. Another of Axiom’s competitors, Elevate, is itself eyeing up an IPO for 2021.

Elevate says it plans to maintain its current business structure, which combines multiple service lines. ‘We absolutely see the value in combining all parts of our business into one place,’ says Elevate president John Croft. ‘When someone comes to us we have it all there.’

However, there are murmurings that Axiom’s managed services side of the business was becoming a hindrance to a potential IPO. Says one partner at a UK private equity house that has invested in the legal sector: ‘The managed legal services side was at best flat, [Axiom] probably felt it was detrimental to going to market. Either they know something none of us know and there’s a reason, or there are skeletons in the cupboard.’

Detractors argue that as just a flexible lawyering arm Axiom will struggle to stand out or evolve its operation. Another GC of an Axiom client shared the commonly-held concern: ‘There’s a lot of lawyering services and not much differentiation, but there’s [fewer] managed services businesses. My criticism of the New Law providers is sometimes they try to be a little bit of everything to everyone.’

Another challenge is Axiom’s cost compared to its competitors. Axiom historically had a reputation for high quality but also high costs and three clients cited Axiom raising prices in recent months in what they interpret as pre-float positioning.

Nevertheless, as things stand, Axiom has a strong global five-year growth track. Between 2013 and 2017 UK revenues rose 73% from £28.25m to £48.9m. Firm-wide, Axiom generated $360m in its last disclosed year of results. If Axiom can craft a strong narrative to investors, the focus will be on if it can secure a unicorn-level valuation, in excess of $1bn, a benchmark that will turn on its growth and underlying profitability, which is difficult to ascertain from its disclosures.

‘It’ll be a material fundraising,’ says Arden Partners’ John Llewellyn-Lloyd, an adviser on legal IPOs. ‘It will exceed the private equity investments of their competitors.’

With peers like Lawyers On Demand gaining private equity backing last May from Bowmark Capital and alternative legal services currently achieving unprecedented levels of outside investment, Axiom’s float will certainly be a key chapter for the sector. Yet the feeling is growing that the IPO will also be the moment to discover if Axiom will remain the standard bearer for New Law or itself be disrupted.