Bosnia and Herzegovina (B&H) is yet to become a candidate for EU accession. The Stabilisation and Association Agreement (SAA) between B&H and the EU has been ratified and entered into force on 1 June 2015. Under the SAA, B&H has undertaken not only to harmonise its substantive law with the EU legislation, but also to ensure adequate and effective protection and enforcement of intellectual property (IP).

The protection of IP in general and trade marks in particular is at the core of every economy, and for B&H it is of special importance due to its geopolitical position as the first neighbour to the EU to the south-east. B&H is a significant route for movement of goods and ensuring protection and enforcement of IP should start at the border. Yet, ex officio enforcement is not yet prioritised and differs depending on the border crossings.

It is of utmost importance for the trade mark holder to be proactive. A very significant legal instrument in trade mark protection in B&H is the Customs Recordation, which prevents importing goods that infringe upon the right of the trade mark holder by tracking them at the border. Recording the trade mark with customs will be the basis for the custom officials and the Indirect Taxation Authority (ITA) to act in case of suspicious goods. For this purpose, the trade mark holder is entitled to appoint a legal representative/attorney in B&H who will communicate with the customs authorities and undertake specific actions within very tight deadline stipulated by the law.

If there is a suspicion that the temporarily seized goods are counterfeit and the importer cannot provide evidence that it has the adequate rights, the trade mark holder may require that the goods be destroyed subject to paying the costs of destruction. Having customs recordation in place is the first step in trade mark protection.

However, getting the courts to acknowledge and award damages for trade mark protection is more complex. In order to seek protection before the local court the trade mark needs to be either registered for the territory or well known as defined in the trade mark law and Article 6 of the Paris Convention.

Trade mark holders can opt to seek declaratory and/or condemnatory judgment(s) and the available remedies are: prohibition of further infringement; destruction of infringing objects; award of damages; publishing of the judgment. The trade mark holder has an option to seek penalty payment if the trade mark infringement was caused by express intent or gross negligence up to triple of the amount the holder would have received has the appropriate market value licence been paid. Penalties are difficult to prove, and the courts are reluctant to award them.

The basis for the award of damages are the law on torts and contracts and the trade mark law as lex specialis.

The law on torts and contracts distinguishes between material damages, which could be actual and/or loss of profit, and immaterial damage. Accordingly, any action taken by the unauthorised use of a trade mark by an infringer, constitutes a violation of trade mark holder’s rights.

To prove trade mark infringement, a preliminary analysis of the overall impression that the trade mark leaves in the minds of the average consumer, and whether the common features cause confusion among the consumers is necessary. In order to do that, the common characteristics of the registered trade mark and the opposing mark sometimes need to be compared by an expert witness. The trade mark in question must be observed as a whole, because in this way the average consumer usually experiences trade marks, without engaging in the analysis of their various details. Trade mark infringement cannot be evaluated by the judge, and this is why it is necessary that an expert witness estimates to what extent trade marks are similar or different by applying a comparative method. In rare cases, the judges will give preference to direct observation. The trade mark holder, the plaintiff should regardless provide clean and ambiguous evidence on the similarities.

Damages can be awarded under the law on torts and contracts or alternatively under Article 82 of the trade mark law, as ordinary royalties that would be payable in the course of lawful trademark usage. It is unclear why the courts do not use this method, which is much simpler than calculating damages under the law on torts and contracts. This is especially important in customs proceedings where it is very difficult to establish ordinary damage or lost profits, considering that the goods never reached the designated place. By using a more complex approach, the courts are unintentionally helping the infringers. To be awarded damages, the plaintiff needs to prove causality between the actions of the infringer and the actual loss of profit caused to the trade mark holder. Declaration of infringement will not guarantee the award of damages. There is an increase in cases where the courts have issued a declaratory relief for trade mark infringement without awarding damages as they were not proven in their substance or the amount.

The trade mark holder should avoid flat-rate sums, A detailed analysis of business and financial records and trends of both parties should be presented. The practice of the courts in the award of damages differs. The key to a successful claim is the evidence the trade mark holder as the plaintiff puts forth to the court because the burden on proof is on the plaintiff to show damages.

The courts are reluctant to award penalties because the plaintiff must prove that the trade mark infringement occurred as a result of the intent or gross negligence of the infringer.

Proactive protection of a trade mark is necessary in small markets where laws are adopted, but not well enforced. B&H gives its trade mark holders the possibility to protect their rights before the court, but for a quality court decision, good case preparation, which consists of collecting all the necessary evidence and proposing all crucial expert witnesses, is essential. Only in this way can the law be properly enforced, and a quality judgment ensured. n

If you have any questions regarding specific intellectual property enforcement mechanisms in B&H, please contact mirna@bh.legal 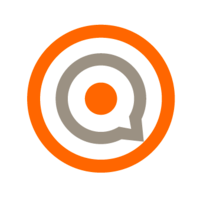