The rule of law, an independent judiciary and a trusted common law system, as well as a wealth of local and international legal expertise, ensure a comprehensive range of world-class legal services in Hong Kong, the best place in Asia for people and businesses to connect and excel. Since the establishment of the Hong Kong Special Administrative Region of China (HKSAR) on 1 July 1997, the city has operated with a high degree of autonomy under the principle of “one country, two systems” as implemented by the Basic Law. The Basic Law provides for the continued application of the common law system in Hong Kong and guarantees judicial independence. The common law is robustly applied in Hong Kong and court rulings are from time to time cited in other common law jurisdictions. In Hong Kong, cases can be conducted in either or both Chinese or English – the two official languages of the HKSAR.

The power of final adjudication rests with the Court of Final Appeal (CFA), which was established in Hong Kong on 1 July 1997. The CFA replaced the Judicial Committee of the Privy Council in London as the highest appellate court for Hong Kong. Eminent jurists from other common law jurisdictions may be appointed to the CFA as non-permanent judges (NPJs). Currently 14 overseas NPJs are appointed to the CFA and include the President of the United Kingdom Supreme Court and the former Chief Justices of Australia and Canada. A high-degree of transparency of the court system further enhances confidence in Hong Kong’s legal system. Hearings are generally held in open court and the media is free to report on proceedings. Written judgments are readily accessible on the Judiciary website. The Basic Law requires that all Hong Kong residents “shall be equal before the law”. More than 250 multilateral or bilateral treaties apply to Hong Kong.

Hong Kong arbitral awards are enforceable in over 150 Contracting States to the New York Convention and this is complemented by reciprocal enforcement arrangements with Mainland China and Macao. Intellectual property disputes are arbitrable in Hong Kong.

As Asia’s world city on the doorstep of Mainland China, Hong Kong is an internationally connected legal services node for the far-reaching Belt and Road Initiative and the Guangdong-Hong Kong-Macao Greater Bay Area. Hong Kong has so far concluded six arrangements with the Mainland concerning various aspects of mutual legal assistance in civil and commercial matters. Recent developments include an arrangement on reciprocal recognition and enforcement of judgments in civil and commercial matters, and a consensus on enhancement of co-operation in legal services between Hong Kong and the Mainland.

A Task Force on Belt and Road Dispute Resolution has been set up to advise on legal matters related to Belt and Road-related projects. Also, an Inclusive Dispute Avoidance and Resolution Office, established under the Department of Justice (DoJ) helps co-ordinate and pursue collaboration with other jurisdictions. A DoJ representative chairs the APEC Economic Committee’s Friends of the Chair Group on Strengthening Economic and Legal Infrastructure.

With a prime location in Asia, efficient transport infrastructure and world-class convention facilities, Hong Kong hosts a number of high-profile events each year. These events gather leading experts and stakeholders from various sectors to share the latest developments and expand their networks. Law-related events include UNCITRAL Asia Pacific Judicial Summit (2015, 2017 and November 2019) and annual Belt and Road Summit, Business of Intellectual Property Asia Forum and Hong Kong Arbitration Week. Looking ahead, Hong Kong will host the LAWASIA Conference 2019 (November 5-8) and the parallel biennial Conference of Chief Justices of Asia and the Pacific (November 6-8). Hong Kong has also been selected as host city for the International Council for Commercial Arbitration (ICCA) Congress in 2022. In Hong Kong, training courses are organised for judges, officials and lawyers from Belt and Road economies. And there are various arrangements between the DoJ and the Mainland of China’s Ministry of Justice to deepen legal services co-operation and promote mutual legal assistance. To keep pace with advances in the digital era, an online dispute resolution (including arbitration and mediation) and smart contract platform is being developed in Hong Kong.

Brought to you by Brand Hong Kong 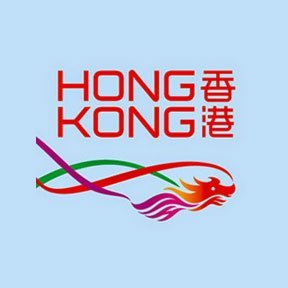