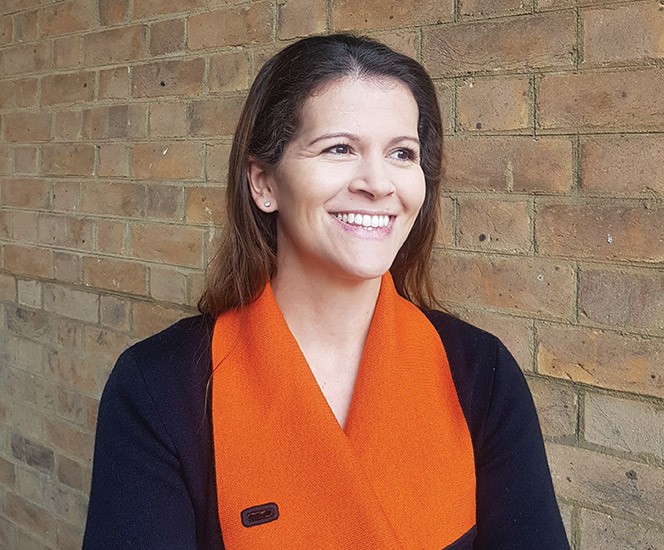 ‘I took the right decision for me,’ says Anna Cosgrave, head of legal at healthy snack brand graze, on her move in-house. ‘My husband – who is also a lawyer – and I needed one of us to be a bit more flexible and to take the lead with our children during the week. My office is a 15-minute drive from home and I leave work on time, almost without fail. Work/life balance is extremely important to us while the children are young, but – make no mistake – I am still very ambitious.’

Dispelling the tired myth of a cosy existence in-house, Cosgrave cut her teeth at some of the most competitive training grounds Big Law has to offer. After leaving Cambridge with a law degree, she trained in the high-pressure corporate practice at Freshfields Bruckhaus Deringer. It was there that she developed a taste for international work too, doing a seat in Hong Kong. ‘I realised then just how well English law travelled.’

Cosgrave then moved to Clifford Chance as an associate and ultimately spent seven years in various private practice jobs while in Dubai. Home – and a managing associate position in Addleshaw Goddard’s London office – came calling in 2014. By this point Cosgrave was a seasoned M&A lawyer, but her interest was not held for long.

‘I decided that M&A was never going to allow for a predictable work/life balance, and I wanted more time outside of the office. When I was on maternity leave, a friend spoke to me about the role at graze, so I decided to take the plunge.’

Graze was set up in 2008 by a group of seven friends brought together by LOVEFiLM founder Graham Bosher. The goal was to create a healthy snack brand that relied less on bricks-and-mortar and had more of a direct relationship with the end consumer.

Part-time doesn’t mean the role is shortened; it means I have to work with incredible efficiency on the days I do work.

Originally, graze only delivered its range of snacks directly to its customers, but in recent years has expanded into retail outlets in both the UK and the US. It is not uncommon to spot graze products, such as lemon drizzle flapjacks, Belgian speculoos and cocoa and vanilla protein bites at the checkout in Sainsbury’s, Boots or WHSmith.

In 2015, graze was listed as part of The Sunday Times’ Fast Track 100, a countdown of the UK’s fastest-growing companies, after sales hit £68.1m. Cosgrave became the company’s first in-house lawyer when she joined in 2016 and, as expected in a rapid start-up environment, she has been required to be a jack-of-all trades. ‘My role has been extremely far reaching and I’ve seen so much change. A lot of that has been driven by myself and other leaders in the company working together to further professionalise the business.’

She insists her straight M&A background gives her an advantage when being a generalist. ‘It has really helped. You get into the mindset of: “Let’s have a go.” You find some lawyers who aren’t flexible in that way, but in M&A you get exposed from an early stage in your career to many other areas of law, such as intellectual property (IP)/IT, real estate, employment and commercial. That has been excellent because it’s meant my approach to issues has always been very flexible.’

The role is not just a good fit in terms of enhancing Cosgrave’s legal attributes; it suits her active lifestyle too: ‘I love nutrition and health and keeping fit. The flexible hours mean that I can do a lot of exercise and I get to run to the office from home through Richmond Park every morning, which is lovely. We are offered fascinating talks internally from all kinds of in-house and external health and nutrition experts. We also get free healthy snacks on tap!’

She works part-time, three days a week, to accommodate her childcare responsibilities, but she is quick to dispel any notion of a reduced role: ‘It doesn’t mean the role simply becomes shortened; it means I have to work with incredible efficiency on the days I do work. It also means I have to say no to some things and have to devote proper time to assessing risks and prioritising them accordingly.’

Currently graze’s in-house legal function consists of just Cosgrave and one other paralegal, so there is a substantial reliance on external counsel, especially for specialist matters. She suggests there is scope to build out the in-house legal team in the near future.

Graze does not operate a formal panel arrangement and rather goes to firms as and when needed. Keystone Law is often drafted in for intellectual property advice, Shoosmiths for real estate expertise, Charles Russell Speechlys for M&A, Travers Smith for group structure counsel and specialist London firm mpm legal for employment.

Cosgrave’s role covers both the UK and the US, with Fitch, Even, Tabin & Flannery and Wilson Sonsini Goodrich & Rosati offering stateside IP and commercial/employment advice respectively.

Perhaps the most pressing legal matter at the moment for the team and the wider business is a piece of IP litigation that has just been launched against Lidl. Graze is alleging that Lidl has produced a ‘copycat punnet’ of its snacks that is being sold throughout its stores, with similar brand names and packaging. Keystone has been enlisted to fight graze’s corner.

For Cosgrave, the case reflects the growth of the company: ‘When I first joined it was all about not encroaching on other companies’ trade marks and other IP rights, but as the graze brand has grown so exponentially, we are now more focused on identifying people who are infringing on ours.’ She links this shift to graze’s entrance into the retail market in 2015.

Large plcs can analyse legal risk to the nth degree, but we have majority private equity backers who don’t allow cost to be wasted.

Outside of litigation, Cosgrave has been caught up in real estate matters, the most prominent of which was the acquisition of the Cotswolds-based Marshfield Bakery. Marshfield had previously made graze’s signature flapjacks and protein bites, but Cosgrave says: ‘We told them, “We can innovate through you if we buy you!”’ Graze is also slated to launch in Ireland later this year, a matter which has required a significant amount of her time.

Not unlike other GCs, Cosgrave has been forced to become adept at offering advice on risk to the wider business. The only exception with a small company like graze is it becomes a prioritisation discussion: ‘Large plcs can analyse legal risk to the nth degree, but we have majority private equity backers who don’t allow cost to be wasted. We really have to work out how to best spend our time and money.’

While there are no major hang-ups about swapping private practice for her in-house role, Cosgrave has fond memories of the collegiate atmosphere at a law firm. ‘I do miss being surrounded by lawyers who think in the same way as me. They understand where you are coming from without any need for explanation. That peer-to-peer idea sharing, that informal debate you get at law firms – I do miss that.’

It is clear that Cosgrave feels she has landed a job that plays to her legal strengths and suits her lifestyle. So what is her advice for those wishing to follow the same path? She concludes: ‘Get involved in anything offered to you. Do not become too pigeon-holed in your early years, get exposure in many different areas. I worked really hard as an associate and it paid dividends later on.’

At a glance: Anna Cosgrave