In the course of the assessment, the tax authorities perform a plausibility check of the tax returns. However, the returns will be reviewed in detail in the ex-post tax audit, which takes place at regular intervals. In practice, tax audits cover periods of three years and close with a final meeting discussing the findings of the audit and the issuance of the tax audit report, which serves as the basis for the adjusted tax assessments.

The taxpayer is entitled to file an appeal within one month after receipt of the new assessments following the tax audit, whereby the period can (repeatedly) be extended. An appeal will firstly be reviewed by the Austrian tax authorities themselves. However, if the tax authorities confirm their view, the taxpayer may request the submission of the matter to the Federal Tax Court.

II. Tax secrecy and exclusion of the public

The reputation of a taxpayer should not be harmed in the course of tax litigation, because no information on tax audits and tax disputes should leak out. Civil servants and other persons, such as experts participating in a tax or criminal tax proceeding, are subject to the tax secrecy, which means they are not allowed to publish or exploit any non-public information or circumstances that were disclosed or investigated within the proceeding. In addition, the public may be excluded from court hearings to the extent information is concerned that is subject to the tax secrecy.

Provided that any disputes cannot already be settled in the course of the tax audit, there are also options available at a later stage of the proceedings for a settlement, however, this requires that the taxpayer can put forward convincing arguments supporting their positions within the appeal against the tax assessment.

The following instruments enable a taxpayer agreeing on the tax treatment of facts in advance with the authorities in order to avoid any future litigation that could harm the reputation:

Since 2019 a ‘horizontal monitoring’ regime is available for companies with an annual turnover of more than €40m and for insurance companies and credit institutions in general. As a consequence of the voluntary participation in the horizontal monitoring the participant will no longer be subject to ex-post tax audits but instead will discuss risks with the tax authorities on an ongoing basis in regular meetings. Taxpayers have to meet certain requirements to participate, such as evidencing that they have an internal tax control system and proving that no criminal tax evasion occurred in the past.

To avoid future tax disputes, a taxpayer may request binding advance rulings for matters relating to reorganisations, tax grouping, international tax law, questions of abuse of law and, as from 1 January 2020, also for VAT matters.

Taxpayers may also obtain non-binding rulings being based on good faith, however, different to advance rulings there is no legal remedy available in case that the tax authorities do not issue an informal ruling or if the taxpayer considers the content of the issued ruling to be unlawful. Austrian tax authorities do not charge any administrative fee for the issuance of informal rulings.

On the basis of double taxation conventions, which contain a provision that reflects Article 25(3) of the Model Tax Convention of the Organisation for Economic Cooperation and Development (OECD MTC), cross-border advance pricing arrangements can be negotiated by the Ministry of Finance on a bilateral or multilateral basis. Within the European Union, the outcome of such arrangements is also subjected to a mandatory automatic information exchange system. However, the advance pricing arrangements should clarify specific issues of interpretation of double tax treaties (including fact patterns) on a rather generic level. 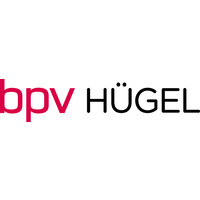