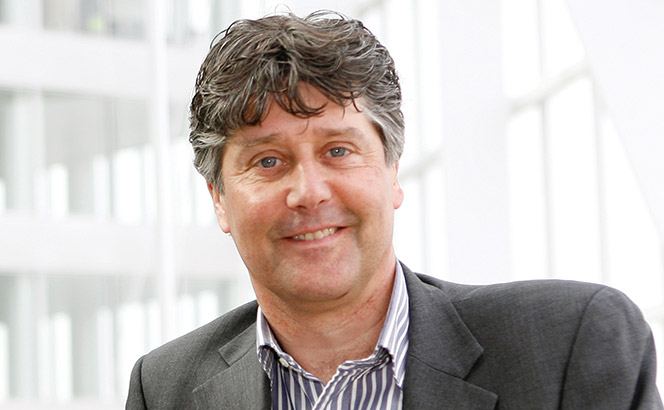 The often-cited but seldom-seen legal arrival of the Big Four has long passed into a professional joke, though renewed investment from the major accountancy groups in the last three years has given the debate fresh urgency. But, truly, something must have changed in the wind, as even that traditional hold-out, Deloitte, has signalled its intention to build a significant law presence.

Early steps saw Deloitte setting up its alternative business structure in January 2018 alongside its legal management consulting services line. In January this year, the firm announced the recruitment of Allen & Overy (A&O) banking veteran Michael Castle as head of its UK legal business after a four-month hunt.

The hire of Castle, an established but hardly standout name at A&O, suggests ambition, but is still a long way from bracketing Deloitte as a clear and urgent threat to major UK law firms.

‘Finding a person who understands the complex nature of UK legal, and crucially the world of UK banking and finance, is the big advantage of Michael,’ says Deloitte global managing director of legal, Piet Hein Meeter. ‘There are multiple criteria to look at. We saw real value in a GC, for example, someone who has led a legal arm of a global company. But the sheep with five legs we sometimes look for isn’t always around.’

Another advantage of an A&O partner is the existing relationship between the two firms, with Deloitte and A&O combining their efforts to create the successful tech-assisted derivatives and compliance business MarginMatrix, a product for major banking clients. Castle’s appointment dovetails with Deloitte’s aim of building legal managed services, of which financial institutions would be natural targets.

However, questions remain over how directly Deloitte will be willing to compete with traditional law firms, not least because it audits many of the City’s leading operators. As one former firm partner comments: ‘The difference between Deloitte and the others is that the other three have built what looks like little law firms, and it looks like Deloitte will be more of a law company, or alternative provider.’

That may at least partially mitigate the fundamental point that accountancy-tied legal firms have huge problems managing conflicts, both legal and commercial, given the vast majority of their revenues are concentrated in auditing, tax services and consultancy.

Even before the post-Enron regulatory crackdown on acting for audit clients – which shattered the original cross-selling model of the Big Four – former lawyers from the group talk of the huge problems managing internal rivalries and agendas.

But perhaps the real competitive threat to law firms will come precisely from Deloitte’s aim of building a legal business that crudely appears akin to a scaled-up legal process outsourcer fused with consultancy, rather than a law firm. As Meeter notes: ‘Building another law firm is not our aim. Only the client need is what drives us.’

Arguably, Deloitte’s professed model of consultancy targeted at in-house married with tech-driven legal and compliance tools appears to echo the US-based UnitedLex, which last year attracted record-breaking investment from CVC, more than it does its Big Four peers.

Certainly, Deloitte insists technology will be key to its legal business (it had looked at buying the tech-driven provider Riverview Law before Big Four counterpart EY acquired the business in 2018). There have been claims that Deloitte had previously also got close to acquiring a much larger UK legal business.

Michael Chissick, Fieldfisher managing partner, is unsure if any future acquisitions will take place. ‘You would have thought they would have by now if they were going to,’ he says. ‘They have the resources to scale things up themselves.’

Currently in the UK, Deloitte counts over 60 client-facing practising lawyers, with in excess of 125 fee-earners. Globally things have grown far more, with lawyer headcount increasing from 1,850 in 2017 to 2,500 this year, while the number of countries the firm operates in has gone up from 78 to 85 in the same period. Sceptics will note, however, that impressive-sounding global legal workforces often obscure the reality of disparate teams working in national silos, not the slick cross-border army the Big Four try to market.

Nonetheless, Deloitte has sustained a pattern of moderate investments. In July Deloitte secured an affiliation with US immigration law firm Berry Appleman & Leiden, and acquired its international operations. Meanwhile, in November of last year the firm launched a 25-lawyer Hong Kong arm.

The firm remains cagey on many details. While professing years of annual 15%-plus growth, the size of its legal business remains unclear and it apparently trails its Big Four rivals, suggesting a business that would get nowhere near the top 75 UK law firms in revenue terms.

And credibility takes time to build, something Nick Roome, head of legal at KPMG, believes Deloitte will have to develop before making serious inroads. ‘For us there’s been a maturing of the offering,’ he says. ‘We were seen as the new breed in the market and now acceptance has grown. That’s not something unique to just us, Deloitte will have to go through that. In a mature competitive sector there will be a case of the client base being cautious and taking time to see how your service evolves.’

Meeter, meanwhile, is hopeful the firm’s late arrival to UK legal will not hit performance: ‘With hindsight I’m not too concerned [about arriving late], but there have been days where I wanted a UK legal arm before we got one.’

With rivals so far ahead, the ultimate impact of Deloitte could turn on how radically it is prepared to break with aping old law in favour of its professed New Law playbook. No-one doubts Deloitte’s potential, but its will to make good on its ambitions has yet to be tested.