As we reprised Enterprise GC, Legalease’s prestigious two-day event at London’s Syon Park on 25 and 26 April, one thing was clear – the in-house community could scarcely have been more excited to be connecting in person again.

Needless to say, during the two-year hiatus to this red-letter event (for obvious reasons), much has happened to shape the industry, for better or worse. The sense of energy among GCs – verging on the downright emotional in some cases – was not totally down to the free-flowing vino at the gala dinner and after party that closed day one… although it might have contributed a bit.

One of the many virtues of Enterprise GC is that it provides delegates with practical, actionable intelligence on how to make your business more resilient. Of course, pundits have compiled lists on how to best tackle crisis situations since time immemorial, but up until recently that guidance has been largely academic.

Indeed, emotions could be forgiven for running high given that the event was packed with more than 150 in-house counsel, all of whom have lived through a real-life crisis in the form of the pandemic. More than that, it has been a case of sink or swim in extremely challenging circumstances – and there you all were, living to tell the tale.

You need look no further for lessons in resourcefulness in a time of crisis than our cover story, which features the indefatigable general counsel’s office (GCO) of airline easyJet. It is unsurprising that the team caught the eye of judges in last year’s Legal Business Awards – coming in highly commended in the In-House Team of the Year category, while Maaike de Bie scooped GC of the Year and Rebecca Mills was highly commended in the Rising Star In-House Counsel category.

Mettle was tested as the team led by de Bie had to mitigate a sophisticated cyber attack (that most dreaded of GC nightmares), and then there was the small matter of lawyering for an aviation company at a time no-one was allowed to fly. After the grounding for 11 weeks of the entire fleet of aircraft, there was more to come. Well, they do say existential threats come in threes.

Then, having to manage the fallout from an unfortunate public scuffle that ensued between easyJet’s founder and its board of directors, proved yet another reversal.

Of course, it’s not what happens but how you deal with it that counts and testimonials speak volumes. Ffion Flockhart of Norton Rose Fulbright said of de Bie: ‘She is smart, clear-thinking and always looks at problems from different angles to find the most creative solutions. The tone and culture she has set within the team is also reflected in the success of the new legal community developed under her leadership.’

‘Maaike and Rebecca approached these challenges with an incredible determination and sense of purpose. They continued to show – and instil in their teams – a sense of calmness, good humour and empathy which was all the more impressive given the scale of the challenges that they continued to face,’ noted Daud Khan at Clifford Chance.

It is heartening to know that – as fresh existential crises inevitably loom – GCs are fundamentally survivors. 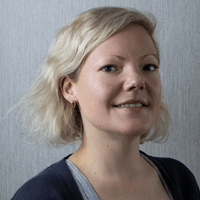