A considerable number of buildings in Romania operate without a fire safety permit. While this has been treated in the past as a minor issue, a night club fire in 2015 changed both the approach of the authorities and public perception. Currently, M&A buyers are reluctant to acquire facilities that do not hold a fire safety permit. However, the regulatory risk is not as high as usually perceived and there are options to mitigate it without derailing an M&A deal.

Fire safety has been regulated in Romania for several decades. However, supervision has been lax, so there was little concern if production facilities or office buildings (or schools) were not issued a fire safety permit. Everything changed in October 2015, when 64 people died and 147 were injured as the Colectiv night club in Bucharest burned to ashes. The public outcry led to the resignation of the then prime minister and to a lasting change in the approach of the public and the authorities towards this matter.

The fire safety authorisation process in Romania currently has two main steps: (i) the issue of a fire safety endorsement – in Romanian, aviz de securitate la incendiu (the endorsement); and (ii) the issue of the fire safety permit – in Romanian, autorizație de securitate la incendiu (the permit). Both documents are required for various commercial facilities with a surface exceeding 600 sq m, including factories and warehouses, office buildings, hotels, restaurants and theatres.

If any changes occur after the permit is issued (eg, the authorised building is modified, the destination of the building is changed or the fire safety requirements are increased as per new legislation), the permit is no longer effective and an updated one needs to be obtained. The beneficiary of the permit is obliged to ensure the continued fulfilment of the conditions on which the permit was issued.

If a permit is missing, the fire fighters (ie the supervisory authority) may apply a fine of up to approximately €11,000 or may even suspend the activity for certain types of facilities.

Prudent buyers quickly identify the absence of a permit as a key issue when performing legal due diligence on a Romanian business. Production and storage facilities, office buildings, restaurants or hotels often do not hold a permit. Moreover, there is a significant number of instances where, although a permit had been obtained, the building was modified to accommodate for additional equipment or its use was changed (say, from production to warehousing).

Thus, a buyer usually asks the seller to obtain a permit (or to update the existing one). This usually takes the form of a condition precedent to closing. Sellers often argue that this will delay the process since additional works need to be performed and, especially, since the authorities tend to delay the process of issuing the permit by several months. Even if carrying out additional works to meet fire safety standards is not a problem, obtaining the permit in a reasonable amount of time usually is. Therefore, sellers understandably have a strong preference towards removing this condition precedent from the sale-purchase agreement.

In response, compliance-minded buyers tend to view such an approach as unacceptable, since no-one wants to buy a factory or an office building that might theoretically be shut down one day after closing because a basic regulatory document is missing. This approach led to the collapse of a significant number of M&A and real estate deals in Romania during the last two to three years.

Is this really a deal-breaker?

There is no doubt that the absence of a permit is an important issue and that it should be dealt with properly. However, dropping a deal because of this may be excessive. There are two reasons for this: (i) as a matter of law, only certain types of facilities can be shut down by the fire fighters; and (ii) as a matter of practice, only a very small number of buildings have been affected by the suspension of operations due to the absence of a permit.

As regards the first point, the law governing fire safety matters (ie, the Fire Safety Law No 307/2006) provides that the authorities may enforce a shutdown if a permit is not available because of ‘material non-compliance with fire safety requirements as regards the endangering of life, affecting the stability of structural elements and limiting the propagation of smoke and fire within the edifice and the neighbouring areas, based on criteria established via government decision’.

The only government decision issued so far regarding the criteria for establishing material non-compliance with fire safety requirements (ie the Government Decision No. 915/2015) covers only the following types of buildings: (i) commercial (eg bars, restaurants, nightclubs, markets, shopping malls); (ii) cultural (eg, theatres); and (iii) tourism (eg, hotels). There is no government decision at this time referring to criteria for other types of buildings (eg, industrial and storage facilities or office buildings). Moreover, in practice, the fire fighters do not enforce shutdowns for other types of buildings (than the three categories set out above), even if the Fire Safety Law No. 307/2006 would allow for such an action, because – at least for the time being – no specific criteria have been enacted for other types of facilities.

As a matter of practice, the statistics on Romania’s central fire safety authority website indicate the following:

The elements above show that, while the absence of a permit should not be treated lightly, the likelihood of the facility being shut down by the fire fighters is remote.

A view on alternative solutions

Instead of insisting on having the issue of the permit as a condition precedent in the sale-purchase agreement, buyers might consider other options, especially if the target facility is not a restaurant, a shopping mall, a hotel or a similar venue.

The sale-purchase agreement might provide, for instance, that the seller must perform the relevant fire safety works but does not also need to obtain the permit in order to reach close. A specific indemnity (backed by an escrow amount) might apply if a fire occurs within a certain period after closing or if a fine is applied by the competent authority for the lack of a permit. Insurance policies specifically covering such events are also an option, provided the buyer is satisfied with the terms of the coverage.

Finally, a buyer might simply accept the risk that a permit is not available (as is still the case with 90% of schools in Romania, for instance), but start the remediation works immediately after closing. Such a decision – which ensures that the M&A deal gets through – should nonetheless be based on a thorough analysis and understanding of the case, both from a technical and a legal perspective. 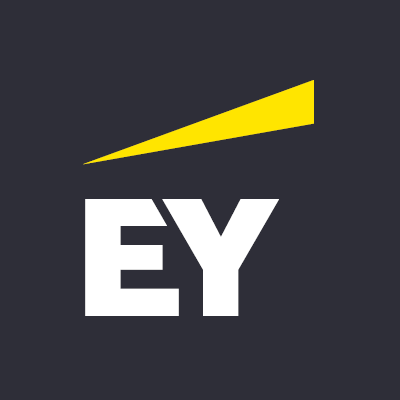