Israel has been, and continues to be, a highly desired market for foreigners to invest in. 2017 saw total Israeli exit transactions of approximately $23 billion, including Mobileye for $15.3bn. Though this is down in terms of volume, it is up in terms of value. This is perhaps an indicator that the Israeli market is maturing and that Israeli entrepreneurs are now more able and willing to grow their companies to the point of significant market share, or past an IPO, prior to exit, as opposed to historical trends of those entrepreneurs looking for a quick exit.

Even with 2017 being a bumper year for M&A transactions in Israel, 2018 has already started to seem like it could surpass it. The first quarter finished on a high note with California’s KLA-Tencor announcing its purchase of Orbotech for $3.4bn. The Orbotech purchase is the fifth largest purchase of an Israeli company ever and is a continuation of the bullish outlook investors have of the Israeli market in general and of Israeli hi-tech ventures in particular. Even company financing in 2018 is looking up as the first quarter has seen investments of $1.52bn in 181 transactions.

Looking to the future, the Law for Promotion of Competition and Reduction of Concentration, 5774-2013 (the Concentration Law), has created new M&A opportunities in Israel. The Concentration Law requires that control groups holding both substantial real assets (eg, retail chains and construction companies) and substantial financial assets (eg, banks, credit cards, insurance) sell off one class of holdings by 2019. Accordingly, there has been progress towards selling off these assets and the market is expecting numerous high value M&A transactions from non-tech companies.

As part of the same philosophy of decentralization, the Israeli parliament, the Knesset, mandated that Israel’s two largest banks, Bank Leumi and Bank Hapoalim, have to sell their credit card businesses. Bank Leumi has begun the process of selling off their credit card subsidiary, Leumi Card, and its sale is expected to occur at some point in 2018.

When looking to invest in Israeli companies by way of M&A, there are several key factors which must be taken into account and examined in the due diligence process. For example, Israeli tech companies have a propensity to take early funding from the Israeli government by way of grants from the Israel Innovation Authority (formerly known as the Office of the Chief Scientist) (IIA) pursuant to the Encouragement of Research and Development Law – 5744-1984. While this is an excellent source of early stage funding, as it is only repaid by way of royalties from future sales and licensing, it does constrain a later stage company as the funds are only granted with certain restrictions on the transfer of the funded IP and production to outside Israel. As such, unless a foreign acquirer is willing to pay a significantly increased royalty to the IIA, the M&A transaction will usually need to be structured in such a way as to leave the Israeli company intact (by way of a share acquisition) or purchased through an Israeli entity (by way of a merger). As is so often the case, the tail wags the dog and the deal structure is determined not by commercial considerations but by tax considerations.

Depending on what assets and IP are underlying the transaction will determine any deal specific issues which must be examined. For example, there are licensing requirements for telecommunications, critical infrastructure, and encryption software.  Dual-use technology is also regulated.

While not unique to Israel, antitrust considerations will need to be examined in almost any transaction.  Currently, if the total annual sales of the merging parties is at least NIS 150m, the merger requires the approval of the Israel Antitrust Authority. Currently, the Knesset, is considering an amendment to the antitrust law to raise this threshold to NIS 360m. This amendment would allow for increased flexibility in closing M&A deals in Israel.

In addition to diligence examinations, the mechanisms of how to make an M&A deal will depend on the structure of the selling company. To acquire a publicly traded company in Israel, the laws and regulations mandate that a purchaser must make a tender offer to all shareholders when the purchaser passes the 25% or 45% holding threshold in the public company. Therefore, most acquisitions of publicly traded companies are done by way of reverse triangular mergers – a process which requires the approval of a simple majority with certain remedies if a minority shareholder believes the price too low. As publicly traded companies in Israel generally have majority shareholder control, hostile takeovers are uncommon. In private companies, the process is much more straightforward and there is more flexibility regarding structures.

To guarantee the seller’s representations, warranties, and obligations under the M&A transaction documents, general practice in Israel is not to use warranty and indemnification insurance but instead to rely on a portion of the consideration being held in escrow. In deal where the founders are selling off their shares, part of the consideration is typically structured as an earn-out in order to ensure the founder’s continued participation in the company and the success of the tech.

The Israeli market remains quite attractive for M&A deals and the future looks bright. Given that the Tel Aviv Stock Exchange remains unattractive to local high-tech companies, M&A deals are currently the preferred exit route for Israeli companies and will probably remain so in the near future. 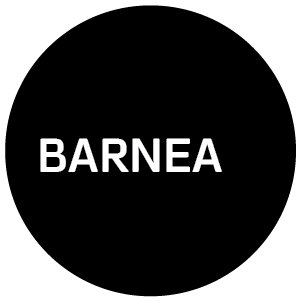