Perhaps there are no better words than those above of Paulo Coelho, Brazilian author, to describe how to approach Latin America when exploring investment in the region for the first time. There has been a notable shift in traditional international investment to more exotic locations, where new opportunities meet new challenges.

The term Latin America is somewhat misleading. Unlike Europe or North America, Latin America is more fractured and diverse. This can be illustrated by the existence of the two principal trading blocks: Mercosul, made up of Argentina, Brazil, Paraguay, Uruguay and Venezuela, or indeed the Pacific Alliance, made up of Chile, Colombia, Mexico and Peru.

One of the biggest barriers, or at least perceived barriers, to investment in Latin America is political instability. Chile being the notable exception, elections lead to new and sometimes radically different policies, regulation and economic decisions, which affect both local and foreign investment. Luckily for us lawyers, this is outside of our remit and I would always advise obtaining specific intelligence on mid- and long-term outlooks before investing.

The second barrier is legal uncertainty. Traditional dispute resolution can be costly, lengthy and unpredictable in most Latin American countries. The safest option for a foreign investor therefore is to resolve any disputes by arbitration, rather than being at the mercy of local courts. Whether or not specific bilateral investment treaties (BITs) or multilateral investment treaties (MITs) exist, the international commercial arbitration route is almost always an option.

In the context of arbitration, distinctions can also be drawn, for example by way of ICSID countries. Cuba, Mexico and Dominican Republic have not ratified the convention. Antigua and Barbuda, Belize, Dominica and Suriname also remain outside the jurisdiction. Brazil has neither approved the convention nor ratified any BITs, despite having signed many treaties. Bolivia was the first state to withdraw from the ICSID convention in 2007. Ecuador withdrew in 2010 followed by Venezuela in January 2012. Argentina threatens to withdraw.

In light of the above, it is more helpful to examine three specific jurisdictions, and draw your own conclusions on the region.

Mexico is the second-largest economy in Latin America, and 15th in the world. It has large energy, automotive and service sectors with increasing private ownership. Like most countries in the region, there are limitations on foreign investment.

In the energy sector, an amendment to the Mexican constitution in 2013 (Article 27 of the Constitution of the United Mexican States), opened the conduct of some activities, through concessions or assignments, by the private initiative such as extraction and exploration of oil and hydrocarbons; electric energy distribution and transmission; and the generation of nuclear energy and radioactive minerals.

The Mexican legislation also considers certain activities reserved exclusively for nationals or domestic companies, with a provision excluding foreign nationals the right to own land and waters, and obtain exploitation licences for mines and waters. The state may grant the same right to foreign nationals, provided they agree to be considered as Mexicans and not to invoke the protection of their governments in reference to said property, before the Ministry of Foreign Affairs.

Mexico has ratified 29 BITs and 15 other international agreements containing investment provisions, including the investment chapter of the North American Free Trade Agreement (NAFTA). It signed ICSID in January 2018, but has not yet ratified it.

Where disputes arise, it is open to the parties to chose any governing law, in principle. If the parties do not prescribe the law governing the substance of the controversy, the arbitral tribunal shall determine the applicable law, taking into account the characteristics and the nexus of the matter (Article 1445 of the Commercial Code).

Colombia is one of the most liberal jurisdictions where restrictions to foreign investment are concerned. Foreign investment is permitted in all sectors of the economy (Decree 2080 of 25 October 2000), except for defence and national security and processing and disposal of hazardous or radioactive products not produced in Colombia.

Colombia is a party to eight BITs and free trade agreements, for
a total of 16 international investment agreements. It ratified ICSID
in 1997.

Under Article 869 of Colombia’s Commercial Code, agreements executed abroad but performed in Colombia are governed by Colombian law, adopting the principle of lex loci solutionis. However, where parties elect to resolve their disputes by way of arbitration, Law 1563/2012 states that parties to a contract are entitled to choose a foreign law as the governing law of the contract. Therefore, parties to a contract may agree on a foreign substantive governing law so long as such agreement is included in an international arbitration clause.

Parties may agree to international arbitration with a foreign choice of law if one of the following conditions is met: (a) the parties to have their domiciles in different countries; (b) a substantial part of the obligations of the agreement is to be performed outside of the country in which the parties have their principal domicile; or (c) the dispute affects international commerce or trade interests.

Brazil is the largest economy in Latin America and the world’s
eighth. The greatest investment opportunities for foreign capital
lies in infrastructure and energy, especially renewable and upstream
oil and gas.

In Brazil, there are many restrictions on the acquisition of rural and Amazonian land by foreign nationals or companies controlled by foreign capital. The restrictions relate specifically to property investments to protect national sovereignty and limit foreign investment in an area (agriculture) regarded as strategic for the national economy (Article 1 §1° of Federal No 5.709/1971).

Brazil is a sharp contrast to other nations when it comes to international investment treaties. Fourteen BITs were signed, but
never ratified. In 2015, Brazil entered into a new phase when it signed co-operation and facilitation investment agreements with Angola, Chile, Colombia, Malawi, Mexico and Mozambique, which provides the template for Brazil’s alternative BIT.

In terms of commercial arbitration, Brazil has always been considered a relatively friendly jurisdiction for foreign investors. One contentious recent development is the law passed in the state of Rio de Janeiro (Decree 46.245/2018). It governs all arbitrations involving a public entity controlled by the state. The law imposes an obligation to seat the arbitration in the city of Rio de Janeiro and use Portuguese as the language. The application of Brazilian procedural law is mandatory.

The law also provides for the Attorney General’s office of the state to be responsible for drafting a standard arbitration clause to be inserted in public contracts, following São Paulo, which in 2015 prepared a model arbitration clause for public-private partnerships contracts. Other features include a provision which establishes that, where the public entity is the requesting party, the respondent must advance the costs of the reference.

As we can see even at a glimpse, we can find important differences from one country to another. There are risks involved in any new investment in the region. It is important to obtain proper advice when considering investment in Latin America for the first time. However, these risks can be properly mitigated by engaging with trusted local advisers or competent and knowledgeable advisers in your own jurisdiction. The British consulates or the Department for International Trade can be first ports of call. Often there are tax or other government incentives to investment in these regions and speaking with government agencies can be very helpful.

It is important to focus on a single project, do your homework and be brave. You cannot gain experience without entering the venture. It may be difficult to break into Latin America, but if you speak to anyone who has, they are likely to confirm it was worth it. 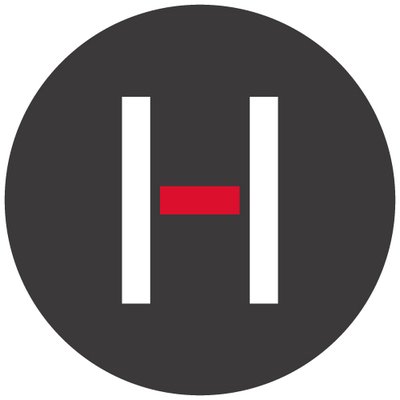