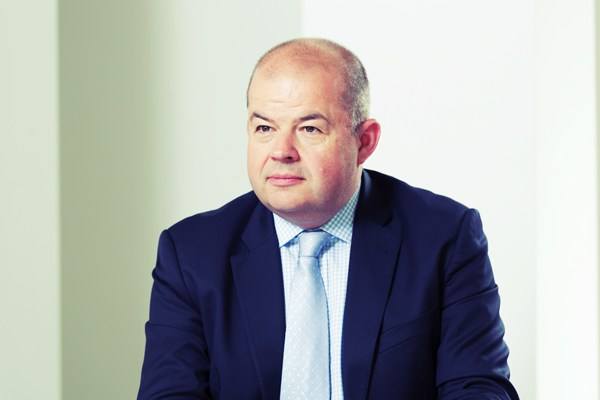 Daniel Toner had done his research. Before an interview to become head of legal at Bupa Hospitals in 2006, he noticed the company had shifted some of its non-hospital assets to a new division. At the interview he asked, tongue-in-cheek, whether Bupa was selling its hospitals division. He was told: ‘Absolutely not. That would never happen. They’re central to the Bupa philosophy.’ After getting the job, Toner recalls: ‘On my first day, I was called aside and told, “Right, we’re selling our hospitals division. Sign this NDA.”’

Rather than disappointment, Toner says he had to resist fist-pumping in reaction to the news. Since his days at PwC Legal, he had always wanted to be the head of legal at a private equity-owned business.

However, his career ambitions were not always so clear. Facing the usual occupational dilemma after graduating with a history degree from the University of Birmingham, he ended up turning to his then-girlfriend for inspiration: ‘She was more organised than me. She worked out that doing law would be a good thing to do and had the brochures for all the big City law firms. I didn’t know what I was doing, so I drove a van for a bit of cash for a while.’

Toner applied to the firm that paid the most – something that Gouldens had made a point of doing for years – after he realised ‘people would pay me to be a student for two years’. He got the job, but decided he needed some hands-on experience, opting to temp with Birmingham Magistrates’ Court for a few months. He then worked at a Birmingham-based criminal legal-aid firm, earning £100 a week as a non-legally-qualified graduate. Typically this meant attending Birmingham’s central lock-up in the early hours of Monday morning to deal with the weekend’s drunk and disorderly offenders.

I found myself empathising too much with people who had been charged with some serious things.

However, he occasionally found himself in close proximity to those charged with rape, murder and armed robbery. ‘I really enjoyed it, but it did put me off doing criminal law. Not because I couldn’t deal with the seedier side of human life, but because I felt desperately sorry for them, even the serial criminals. They’d had some tough breaks, made some stupid decisions and, once you’re on that downward slope, it’s nearly impossible to get off. I found myself empathising too much with people who had been charged with some serious things.’

After cutting his teeth at Gouldens, Toner spent a couple more years there. He describes Gouldens – which went on to become part of Jones Day – as ‘the last great drinking firm in London’ where he did some ‘great deals’ with some ‘great people’. He was given his own caseload for two years, which brought responsibility and freedom in equal measure – something he relished.

In 1996 he was headhunted to join Arnheim & Co, which later became part of PwC Legal. Toner remembers the stint as a good experience but claims that he was not being fully stimulated and craved a role where he could be close to business decisions, or as he puts it, ‘where you were a business person with a legal qualification rather than a lawyer stuck in a dungeon somewhere being thrown raw meat’.

It was not long before Toner went in-house, joining Laporte, a chemical conglomerate with operations in around 60 countries. His job was to cool things down after an investor revolt resulted in a new management team being brought in to refocus the business. As part of that management team, Toner was tasked with disposing of non-core assets.

‘They did things like clay from clay pits in Bedfordshire – quite low-margin, not very sexy – all the way to the little bits you get inside Coca-Cola bottles, which are quite high-tech. The idea was to sell the lower-margin stuff, buy more businesses at the higher end and then sell them on.’

Toner was keen to move to a more senior in-house role afterwards, but found himself rejected for preferred jobs due to his lack of Magic Circle experience. As a result, he went to Freshfields Bruckhaus Deringer to get ‘front-page-of-the-Financial Times kind of exposure’. He intended to stay for 12 months, but ended up there for over four years, chiefly because the work was enjoyable but also because ‘I was so bloody busy that I didn’t get the chance to think about what to do next’. Ironically, when pursuing in-house roles after Freshfields, Toner was told at in-house interviews: ‘We don’t want someone from private practice. We only want someone from in-house.’

Instead of being knocked back, Toner rallied and ended up landing a role at the Department of Health, which he says was ‘the last thing on earth I thought I would do’. He recalls: ‘I would often be the only person in a room of 40 trying to enact government policy to NHS trust members who must have thought I was outrageous. I used to come out of meetings feeling like I’d been beaten up.’

From there, Toner found himself as head of legal at Bupa Hospitals in 2006. Just a year later, it was sold to Cinven for £1.4bn and became Spire Healthcare.

He arrived as the sole legal presence and quickly discovered a startling lack of due diligence: ‘Absolutely none of the agreements were written down. All the arrangements between hospital groups and the insurers – there were no written agreements. If there were agreements they would be gentlemen’s agreements stated to be non-legally binding. These might represent several-hundred millions of pounds of turnover a year, but there was just a two-page specification, which isn’t legally binding.’

As a result, Toner was forced to sit down with a whiteboard and draw up a plan of what he describes as ‘the contractual nexus’ of the organisation. ‘There were gaps everywhere. It was fun, because you wouldn’t have thought that a company in 2006 worth several-billion pounds didn’t know the basics of where legal liabilities sat.’

Under his supervision, Spire has grown its legal team to ten lawyers currently. Among them are a few regulatory specialists, a couple of litigators and four commercial lawyers. He says that the day-to-day legal work he and his team are faced with has been moulded by a period of professionalisation in the industry.

At the Department of Health I would often be the only person in a room of 40 trying to enact government policy to NHS trust members. I felt like I’d been beaten up.

He points to the years following the infamous Mid Staffs scandal (the Staffordshire hospital that saw between 400 and 1,200 patients die as a result of poor care between the years of 2005 and 2009) as ushering in much-needed tighter regulation. He describes the resulting Care Quality Commission as ‘a regulator with teeth’.

‘We’ve had to professionalise with that, whether that means putting in place rigorous governance arrangements or writing a new manual for our registered managers or having clear escalation processes. It’s all obvious stuff, but we want clinical and corporate best practice.’

The in-house team at Spire is largely made up of ex-private practice lawyers and Toner believes this informs the policy when it comes to appointing external counsel. ‘We don’t have a panel. We’re pretty sophisticated purchasers of legal services, so we tend to follow individuals rather than firms. So far that’s worked really well.’

It is common practice at many corporates for lawyers and other executives to spend time on the shop floor to get a feel of the business, and Spire is no different. All of Toner’s team spend a week working at a hospital each year, to learn more about the business but also to engage with the doctors and nurses.

‘I got a text from one of my colleagues at 6am saying: “Dan, I’m just about to go into Cambridge Lea Hospital, and I’ve got a morning ahead of me changing patient beds and cleaning and doing the tea round…I love it!”’

When asked about the key to making a success of an in-house legal career, Toner stresses: ‘Trying to maintain a sense of humanity and a sense of perspective, and treating all the people you deal with with respect is key to running a successful team. Talking to a lawyer is quite a daunting thing. Secondly, you’ve got to have fun. You’ve got to enjoy what you do. Yes, it will be challenging sometimes and you can get desperately fed up, but if you’re not passionate about what you do then you’re not doing the best job.’


More in this issue