White-collar crimes have not only increased in scale but have also become increasingly sophisticated. Individuals, companies, and financial institutions have been outflanked by criminal attacks. Furthermore, with advancing technology and complex transactional structures, the proceeds of white-collar crime have become easier to dissipate and move. Accordingly, alongside combating the criminals, finding new and effective ways to trace, secure, and recover assets is now firmly at the top of corporations’ agendas.

This article elaborates on the current legal framework applicable under Turkish law on asset recovery from a criminal and civil law perspective. It aims to address different advantages and outcomes for the victim.

Confiscation is regulated under the Criminal Procedural Code (CPC) in respect of immovable assets, rights and receivables, derived from white-collar crimes, including: theft, aggravated theft, breach of trust, fraud, fraudulent bankruptcy, forgery of money, forming an organisation in order to commit crimes, fraud in fulfilling of obligations, bribery by force, bribery and embezzlement as defined in the Banking Act (Articles 22/3 and 4). Even before establishing guilt, immovable assets, rights and receivables can be confiscated during a long-lasting criminal investigation or proceedings to protect the victim from any further harm.

Obviously, this legislative approach works both as a deterrent to white-collar crimes and as a protection for the victim. The mechanism simply eliminates the potential economic benefits of the crime and can be used to prevent criminals moving the proceeds out of reach.

Whether the respective provisions and confiscation procedure can be implemented effectively is the real test of whether this mechanism can deliver its promise in practice.

Article 127 of the CPC sets out that confiscation of assets can be ordered by the criminal court; however, in matter of urgency, the public prosecutor, or, in their absence, the head of law enforcement can also issue an order. In the latter case, the confiscation order would only be of a temporary nature – within 24 hours, a court order approving the public prosecutor’s or head of law enforcement’s order is necessary.

According to Article 128 of the CPC, although finding of guilt is not a condition, confiscation can be used only in the presence of strong suspicion on commission of crime and concrete evidence that such relevant assets are the proceeds of the alleged crime.

Article 128 allows confiscation of the followings owned by the suspect or accused:

b) Transport vehicles of land, sea or air

c) All kinds of accounts in banks or other financial institutions

f) Shares in corporations or companies

g) Contents of a rented safe

h) Other assets belonging to the suspect or accused

The same provision sets forth a prerequisite for confiscating the assets, according to which, a report, indicating the value attained from the crime, should be obtained from the Banking Regulation and Supervision Agency, Capital Markets Boards of Turkey, Financial Crimes Investigation Board, Ministry of Treasury and Finance, or Public Oversight, Accounting and Auditing Standards Authority, whichever is relevant. The competent administrative authority is obliged to prepare this report within a maximum period of three months, although an extension of two months can be granted if required in exceptional circumstances.

This final prerequisite renders this mechanism self-evidently disadvantageous for the victim, since during the long-lasting period attributed for obtaining the report, the suspect might easily move the proceeds of crime.

Regardless, if confiscation is successfully implemented, the confiscated assets can be returned to the victim, so long as these are originally owned by the victim and are no longer needed as evidence in criminal proceedings.

Cumbersome procedure, proving that the assets are proceeds of the alleged crime and potential time loss in confiscation in criminal proceedings would inevitably force the victim to develop more effective strategies and alternative mechanisms for seeking out recovery of assets. Another motivation to move to civil proceedings could be the inability to locate the whereabouts of the suspect especially in crimes with cross-border elements involved, whereby different methods may be applied to notify the absent suspect.

Initiating proceedings before civil courts and requesting interim measures for freezing the criminal’s assets would not only prevent moving or dissipating the proceeds of crime, but also allow the victim to recover its losses suffered due to the alleged crime either based on breach of contract, tort or unjust enrichment depending on the specifics of the respective case.

Turkish law permits two types of interim measures, provisional injunction and provisional seizure, which can be obtained before or during the court phase. In all cases, the courts review and evaluate these requests in an accelerated manner.

For both measures, the applicant must provide a deposit, which generally corresponds to 10% to 15% of the claimed amount in practice, for the damages likely to be suffered by the debtor or a third person. The exact collateral amount is at the sole discretion of the court.

If the traced asset is money or a monetary receivable to be secured, the provisional seizure must be the applicable remedy. If the criminal is a debtor in a separate execution proceeding initiated against them by a third party, provisional seizure obtained by this third party will prevail the provisional injunction to be obtained by the victim due to its executory nature. In such a case, the traced asset can easily escape from the victim’s domain and can be paid to a third party who can be a creditor of the criminal in a separate execution proceeding.

As an inevitable result of being struck by a white-collar criminal, the victim faces the risk of losing its assets, unless an effective asset recovery plan is put in place.

Apparently, due to the adversities identified in the confiscation procedure, the interest of the victim in many cases would be to initiate and pursue parallel proceedings before criminal courts and civil courts to ensure all possible legal remedies are sought for in all available legal avenues. The preferred mechanism would indeed depend on the particularities of the respective case each time. Nevertheless, in all efforts chasing white collar criminals it would be ideal to initiate asset recovery efforts as early as possible, to avoid loss of precious time, which may work in the advantage of criminals, while the victim is manoeuvering among different proceedings. 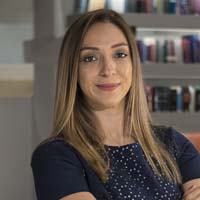 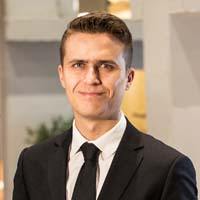