In the last five years, some Brazilian companies became well known internationally due to their involvement in some of the world’s largest corruption schemes.

As contradictory as it may seem, some of the companies involved in these scandals were highly regarded for their compliance rules and/or were listed in the Novo Mercado segment (which means the new market segment) of the Brazilian stock exchange known as the ‘B3′, which has the highest level of corporate governance requirements.

The direct involvement of these companies in corruption scandals of such magnitude put the credibility of the Brazilian companies at stake in the investors’ eyes.

Which institutional investor and financial institution would like to have their names directly linked to companies involved in Homeric frauds and, sometimes, cross-border schemes? Will Brazilian companies ever be able to gain their trust again? Why did they fail to comply with integrity and corporate governance principles?

These are just some of the questions that we have been reflecting upon since the scandals came to surface.

To mitigate the risk of future ‘bleeding schemes’ from happening again, to preserve public resources, and, perhaps one day, restore the credibility of Brazilian public institutions, and trust among foreign investors, the federal government enacted, in 2016, Federal Law 13,303 (also known as the State-Owned Enterprise Law), which is, as general rule, applicable to state-owned, to state-controlled enterprises and to their subsidiaries (state-owned enterprises).

Important best practices in corporate governance that were already followed by companies listed in the Novo Mercado segment of the B3 were replicated and became mandatory to state-owned enterprises, among which were the periodic assessment of managers and the appointment of independent members to the board of directors of these enterprises. At least 25% of the members of the board of directors of a state-owned enterprise shall not have any relation with the enterprise (including as a client, supplier, manager, staff member) and cannot be married or related to (up to the third degree) the chief of the executive power, to a minister of state, to a state or municipal secretary or to a manager of state-owned enterprise.

Compliance rules were also reinforced by Federal Law 13,303 and since then state-owned enterprises are obliged to create and apply integrity programmes which shall be implemented, monitored and supervised by internal auditors, and statutory audit committees.

Despite criticism, Federal Law 13,303 represents a landmark regarding compliance and corporate governance in the public sector.

As corporate governance principles proved not to be sufficient and not to be embedded in the spirit of certain listed companies, in 2017, after an extensive work conducted by the B3 alongside market participants, listed companies, and the Securities and Exchange Commission of Brazil (Comissão de Valores Mobiliários), a new Novo Mercado listing regulation was approved.

The new listing regulation, which came into force in 2018, reinforces transparency and accountability, and expressly requires the creation of compliance mechanisms and the disclosure of the assessment of the board of directors, its committees, and the executive officers.

In both cases, corporate governance and compliance requirements were strengthened and they are now two sides of the same valuable coin. Codependent guidelines and principles for companies listed in the Novo Mercado and for state-owned enterprises match, as they should have always done.

The management must do its best to transmit to stakeholders (shareholders, staff members, clients, service providers and suppliers) the company’s values, vision, social responsibility, and corporate governance and compliance rules and principles. The first step a company’s manager must take is to walk the walk and to act as a role model so others feel compelled to follow in their footprints.

Our experience in Brazil proves that if principles are not rooted in the company, and if managers are not looked upon as righteous leaders, corporate governance and compliance programs just become a matter of ‘ticking the boxes’ and ‘just for show’, and, therefore, are likely to be violated.

Machado Associados in The Legal 500 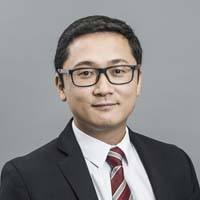 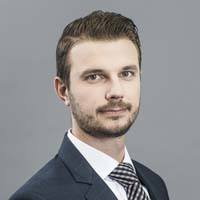