The opportunity to appoint two or more directors in a company, who exercise their authority jointly or severally, has been available in many foreign jurisdictions for a long time.

However, until 2014 Russian law stuck to the approach that only one person may hold the position of CEO and be indicated as CEO in the state register of legal entities (the register). This restrictive approach led to some difficulties for joint ventures with international investors and subsidiaries of foreign companies who were used to the ‘two-key’ principle in their home jurisdictions and tried to implement the same approach in Russia.

As part of corporate law reform, amendments to the Russian Civil Code set up legal grounds for the appointment of two or more people as CEOs with joint or separate powers. Unfortunately, the legislation on the registration of legal entities had not provided a technical procedure for recording the joint or separate powers of respective CEOs in the register. In 2015, The Supreme Court of the Russian Federation provided clarification, according to which, if the register contains information about two or more directors of a company, it is presumed that each director is entitled to act independently. This clarification had de facto nullified all the positive effects from the introduction of the two-key principle in the Russian Civil Code.

On 1 September 2020, new laws amending the procedure of registering legal entities will come into force. These amendments introduced the possibility to record information about the joint or separate powers of each director in the register. Anyone can easily obtain an extract from the register for any company. If the information in such an extract shows that the directors can act only jointly, third parties will no longer be able to refer to their lack of knowledge about the joint nature of the directors’ authority.

These amendments have completed the introduction of the two-key principle for Russian companies. This new opportunity will be used not only by foreign, but also by Russian, investors.

Most Russian small and medium legal entities are managed by one director who, as a rule, acts as the sole executive body. Establishing a board of directors is mandatory only for public companies, ie joint-stock companies whose shares can be acquired by an unlimited number of persons. Given the extensive powers of a sole director, it is important to regulate their liability for possible damages caused to the company.

Russian law declares that company directors shall act reasonably and in good faith. A company and its shareholders, acting in the interests of the company, are entitled to claim damages (both direct loss and lost profit) caused to the company by the unreasonable or bad faith conduct of their directors.

Before 2014, there were only a few successful cases related to the recovery of damages from directors. After the Russian Supreme Court clarified some difficult issues concerning the application of management liability in 2013 and further legislative changes in 2014, the number of shareholder claims against company directors increased significantly. It is worth mentioning that even if a particular act causing damage to a company was duly approved by the shareholders’ meeting or the board of directors, a director is not automatically released from liability.

The imbalance between the value of company assets and the personal assets of directors, as well as the practicalities of enforcing damage claims against directors, are the biggest hindrances. Even if a court awards compensation to a company, most directors will not be able to pay that compensation due to a lack of personal assets. Considering the high risk of personal liability, in a tricky situation most directors prefer to refrain from making decisions for which they can be held liable in the future. This situation does not help companies whose business is based on daily high-risk decisions.

Issues related to excessive director liability could be solved by directors’ and officers’ liability insurance (D&O). The Corporate Governance Code – approved by the Russian Central Bank in 2014 as a set of rules recommended to be applied to public joint-stock companies – contains the recommendation to insure the liability of members of the board of directors and company management.

The clear regulation of D&O insurance is a necessary step for reasonable allocation of the risk between shareholders and directors of Russian legal entities. Otherwise, the interests of both directors and shareholders will be insufficiently protected. 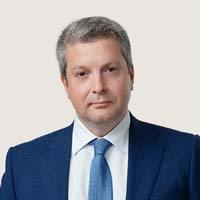 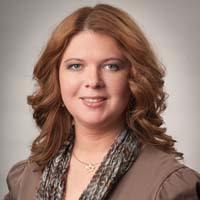 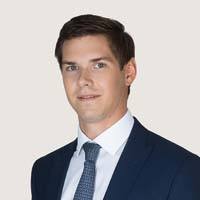