That companies with reputable brands have consumer trust implies on its own that these companies run a successful business. These companies can easily enter new markets and expand market share in existing markets, whereas competitors suffer from this encroachment and face entry barriers to new markets. Embedded within these reputable brands is the consumer trust that stems from the experience of having used these brands. Consumers’ brand evaluation travels by word of mouth and has the power to influence consumers who lack such user experience to trust these brands. This is the most essential asset that a company could possess. On the flip side, it is inevitable that competitors would attempt to free-ride on the reputable brands in the market or tarnish that brand reputation out of envy.

We have already heard many cases where consumers were lured with trademarks that are likely to cause consumer confusion. Recently however, brand disputes have been occurring in even more diverse forms. In this regard, brand disputes take place in the areas of not only trademark and unfair competition, but also copyright, patent, labeling and advertising.

Below, we provide several case examples that recently garnered public attention in Korea.

Warehousing of trademarks that abuse the first-to-file system

The Seoul Central District Court held in the above ice cream case as follows:

‘Although the form and exterior appearance, interior design, decoration and signs, among others, of a business place constituting a specific business are not protected as individual elements by the individual provisions of intellectual property laws, when these individual elements are taken as a whole or combined and they could be evaluated as trade dress as a whole image of a product or service since they are equipped with qualities of distinctiveness, non-functionality and likelihood of source identity, unless there are otherwise particular circumstances, this is an “output as a result of considerable effort and investment of a certain enterpriser” which shall be protected by the Article 2(i)(j) of the Unfair Competition Prevention and Trade Secret Protection Act (UCPA). Thus, this is an unfair competitive act.’ (Seoul Central District Court Decision No 2014 Gahap 524716 rendered on 27 November 2014).

At the time, court decisions could only rely on general provisions of the UCPA as the UCPA had not specified trade dress as the mark of origin of products or services. Thereafter, the UCPA was amended. For example, Article 2(i)(b) and (c) of the amended UCPA clarified the existing provision, ‘a mark indicating another person’s business that is widely known in Korea’ to clearly include ‘overall appearance of a business place, including signs, exterior appearance and interior decorations.’

The Korean terrestrial broadcaster SBS recorded a reality programm Pair whereby male and female participants sought their partners through self-introductions, games and dating, while they lived together in a limited space for a certain period. Pair enabled the audience to observe the participants’ plain interactions with narration while they lived together and acted in accordance with the rules of the production team. Once Pair became immensely popular, there emerged an adult comedy programme and game promotional materials that parodied this programme. Therefore, the crux of the issue in this case became whether parody materials infringed on the plaintiff’s copyright.

In this case involving the parody of the Pair programme, the Korean Supreme Court held that the programme is entitled to protection under the Copyright Act as follows:

‘The individual elements constituting the plaintiff’s video work in and of themselves are insufficient to recognise creativity as they belong to the realm of ideas or are already used in other programmes as well, among others. However, on the basis of the plaintiff’s accumulated broadcasting production experience and knowledge, the plaintiff’s video work selected only the elements deemed necessary in light of the nature of such programme and arranged them in accordance with its own editing policy. Apart from the issue of creativity of each element, the plaintiff’s programme possesses a sufficiently creative characteristic that is expressed in its specific selection of constituent elements or arrangement that distinguishes it from other existing broadcasting programmes.’ (Supreme Court Decision 2014Da49180 rendered on 9 November 2017).

In another case, the British game company, King.com developed and released a mobile game with a match-three format with agricultural produce as its basic character and gained popularity. This game enhanced the immersion effect by properly combining the constituent elements of the game, including the shape of the node icon indicating levels of the game, booster for achieving goals and screen flashing effect in the hero mode. However, another company released a similar game that was characterised by similar game rules and constituent elements as this game.

In this case, the Korean Supreme Court held as follows:

‘Apart from the issue of creativity of each element, the game possesses a sufficiently creative characteristic that distinguishes it from other existing games, wherein such creative characteristic was manifested by selecting, arranging and organically combining its major elements that were converted into a digital format pursuant to the specific intention of game development and scenario. Therefore, this game is a work entitled to protection under the Copyright Act.’ (Supreme Court Decision No 2017Da212095 rendered on 27 June 2019).

The following event occurred in the Korean beer market. ‘T’ company newly released a beer bottle with a design of a whirlwind at the top of the bottle. Among various factors, the bottle design caught consumer attention as it gave the image of pouring beer without blockage. Then, the patent holder of the whirlwind design on top of the bottle filed a patent infringement suit seeking injunction. The suit is currently pending.

Further, there is another case involving the same beer product. This time, a competitor raised issue with the expression ‘100% pure lager’ in the product advertisement. The Ministry of Food and Drug Safety (KFDA) and Korea Fair Trade Commission (KFTC) are each deliberating on whether such expression is deceptive to consumers. What are your thoughts? 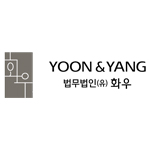 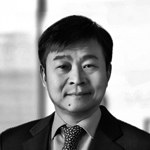 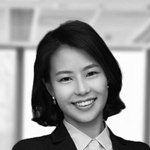