The Coronavirus pandemic is an enormous stress test for the Brazilian economy. Brazil has been struggling since 2014 with the effects of a deep recession (with short periods of minute growth) and a huge and persistent unemployment rate. After a presidential impeachment, public accounts in messy imbalance, a political polarisation preceded by a profound corruption investigation whose effect was to paralyse the country and bring disarray to its business environment, Brazil was particularly fragile and vulnerable to this unexpected shock of apocalyptic proportions.

After Dilma Rousseff was ousted, her vice president Michel Temer took power with a limited mandate which was described as a ‘bridge for the future’ – a short-term presidency with a reformist policy agenda. In short, Mr Temer’s tenure would be focused on pacifying the country after the impeachment, introducing reforms to bring austerity to the public accounts, and allowing the business ecosystem to foster private investments. As the reforms were to be voted on, Mr Temer himself got involved in an embarrassing corruption scandal and, without any political support or credibility, all he could do was sit out the time waiting to transfer his power to Jair Bolsonaro who took office in January 2019.

The transition from Dilma Rousseff to Jair Bolsonaro meant a resurgence of policies of privatisation, strict control of the monetary base, initiatives to form an independent central bank, more flexible labour laws, an attempt to reduce taxes on employee payroll, and realignment in the international arena with the United States. Meanwhile less attention was paid to cash-transfer programs and there was reduced emphasis on environmental monitoring, approvals and control.

As a result of the new policies, BNDES (the National Bank for Development) adopted competitive market interest rates and shrank its balance sheet by returning sizeable amounts of funds to the Treasury. The local capital market was perceived as an alternative to raising funds and indeed capital markets and the stock exchange were revived with real estate funds accessing the local bond market and increasing volumes of IPOs being launched. Covid-19 froze several upcoming IPOs and brought a severe decline in small investors, individuals who were attracted to equity investments by the steep decline in the country’s interest rates.

Over the past six years, despite political turmoil and economic uncertainties, Brazil has experienced important advances, particularly in real estate financing, healthcare and the digital industries. A significative market for real estate projects was mobilised by hardy and yet flexible regulation under the scrutiny of the Brazilian Securities Commission (CVM), fintechs were supported by the Central Bank of Brazil as an alternative to the incumbents of the traditional bank system and, under regulation passed in 2018, were allowed to conduct peer-to-peer and small credit transactions. Proposed changes limiting the presence of the public sector promoted private entities to venture into a sector previously dominated by the public sector, which provides a universal but flawed system. For example, restrictions on foreign participation in healthcare were lifted, as were restrictions on the ownership of local airlines. A fairly modern statute was adopted last year to regulate concessions for water and sanitation systems.

In the infrastructure sector, the Bolsonaro administration privatised airports, ports, roads and renewable energy. In parallel a process to regulate the free access to pipelines and the natural gas market in general, together with the privatisation of Petrobras’ downstream assets, brought about the first signs of development of the natural gas industry in Brazil. Changes in the international oil and gas markets, in the near future or perhaps in years to come, may draw attention to this market in Brazil, which has the potential to be profitable for a period longer than had been expected.

The current crisis may bring opportunities, although investors must be aware that acquiring a business in Brazil has been facilitated by the simplification of rules governing the registration of investments and the divestment and repatriation of funds, which are all monitored by the Central Bank through a declaratory system. Two preferred legal forms are sociedades anônimas (corporations with capital represented by shares) and sociedades empresárias limitadas, or simply LTDA, (partnerships formed by articles of association). Both afford limited liability, but have distinct legal personalities. Attention must be paid to tax, environmental and labour liabilities which, besides the risk of labour and tax succession, do not normally fall within the confines of company liability and therefore may expose shareholders. Fraud, thin capitalisation and commingling of assets are also reasons for piercing the corporate veil.

Investors must also be aware of the complex regulatory system in place in the country. Acquisitions above certain thresholds (BRL750m and BRL75m gross revenues, achieved by at least two different economic groups involved in Brazil in the year preceding the transaction) must obtain the prior approval of the Brazilian antitrust authority (CADE) for a valid and effective share purchase agreement. Investments in specific sectors (eg, finance, health, ports, telecoms and mining, among others) may also be subject to the approval of different regulatory agencies. A binding arbitration clause is perfectly valid and enforceable in Brazil between private parties or in contracts with the public administration. Brazil has adopted a data protection law (LGPD) very much in line with the European directive (GDPR) which will come into force in August 2020, although there are already draft bills at Congress to postpone the date because of the international Covid-19 crisis. Investors should also consider conducting internal investigations and/or a thorough due diligence when acquiring assets or companies in Brazil which may have been involved in corruption or bribery schemes in the past, as the level of enforcement by authorities has increased significantly after the Lava Jato cases.

Brazilian tax legislation is complex. Despite the government’s efforts to reduce and simplify the tax system, there still exists an extensive body of tax regulations and a large number of taxes in force. Most local entities are required to pay two corporate income taxes by the application of two methods of calculation – the ‘actual profit method’ or the ‘presumed profit method’ (application of the percentage varies pursuant to the activity performed, being the percentage applicable on the gross revenue obtained by the legal person). Corporate income tax (IRPJ) is assessed at the fixed rate of 15% on annual taxable income. Taxpayers are also subject to a surcharge of 10% on annual taxable income in excess of BRL20,000 per month or BRL240,000 per annum. The social contribution on net profit (CSLL) corresponds to a true corporate income surtax at the rate of 9% (except for financial institutions, private insurance, as well as certain other prescribed entities, which are taxed at the rate of 20%). Investors must be aware that among the corporate income taxes, Brazilian companies are also subject to additional federal, state and municipal taxes.

The impact of Covid-19 on the Brazilian economy is still unpredictable, but it is likely that it will deeply affect the country’s recovery after several years of recession. The federal government has been responding to the crisis by implementing several measures to provide direct cash payments to low-income earners, relax the bureaucracy surrounding labour legislation to the extent possible and postpone payment of some labour obligations, such as the one-third vacation premium and the severance fund (Fundo de Garantia por Tempo de Serviço) during the Covid-19 pandemic period. It has also offered credit lines to companies to try to avoid massive layoffs in the upcoming weeks or months, so as not to worsen the already high unemployment rate in the country. In addition to its initiatives for reducing salaries through individual or collective negotiations in an effort to preserve jobs, the Ministry of Economy is projecting the injection of at least BRL700bn in the Brazilian economy in the next three months in order to mitigate the impact of Covid-19. These are challenging times for Brazil and other economies around the globe and it is imperative that both the government and the private sector be conscious and take the necessary co-ordinated measures as early as possible for the recovery of the economy after the health crisis passes. Law will also play a decisive role on this front as renegotiations and disputes will occur with respect to contractual obligations assumed before Covid-19. Distressed M&A deals will likely increase as will financing and judicial or extrajudicial proceedings for the recovery of companies. 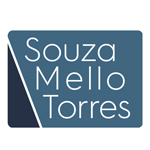 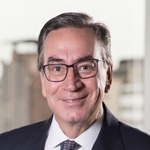 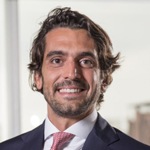 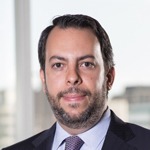 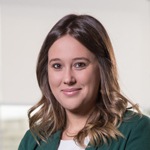