A focus for Chinese trademark law and practice in recent years has
been strengthening the fight against malicious trademarks. On 1 November 2019, the amended Trademark Law of the People’s Republic of China (the Trademark Law) was officially implemented, in which Article 4 primarily embodies China’s determination to strengthen the fight against malicious trademarks and significantly lowers the threshold for fighting against them, while also serving as the latest weapon in the country’s crackdown.

Article 4 of the Trademark Law stipulates that ‘malicious registration applications for trademarks not for the purpose of use shall be rejected’. A short time has passed since this legal provision came into effect, but the China National Intellectual Property Administration (CNIPA) has actively invoked this legal provision to strike a blow against malicious trademarks; notably, against one US dental company that submitted an application for invalidation
against a Chinese company over a trademark on electronic switches goods. In addition, one UK company submitted an application for invalidation against another Chinese company for a trademark on cosmetics goods. The CNIPA actively cites Article 4 of the Trademark Law in analysing the maliciousness of disputed trademarks, an example of which is presented in the following ruling:

‘In the situation that the respondent repeatedly applies for registration of the same trademark in multiple product categories, and the respondent fails to defend and prove the source of the disputed trademark design, we reasonably believe that the respondent has the purpose of making a profit by improperly utilising the trademark of the applicant. This kind of rushed registration violates the principle of the acquisition of the trademark
right stipulated in Article 4 of the Trademark Law of the People’s
Republic of China, which should be based on necessity for actual use.’

Under the framework of the Trademark Law, Article 4.1 and Article 44.1 are the operative provisions of law primarily aimed at fighting malicious trademarks. However, the threshold in Article 4 for ‘malicious’ is lower compared to Article 44.1.

The important requirements in Article 4 of the Trademark Law are: ‘not for the purpose of use’ and ‘malice’. The requirement of ‘not for the purpose of use’ can be judged, for example, by whether actions have been taken to prepare the trademark for use or if the registrant actively defends the trademark. For the second element, ‘malice’, relevant judicial interpretations identify malicious circumstances, such as:

As in the above cases, it can be proven that a respondent meets the two requirements of Article 4 at the same time if the disputed trademark for registration is the same as that of a previous registrant of the trademark which has a strong influence, or the respondent has no explanation for the origin of the trademark and has repeatedly used it in the same product category as the previous registrant. Thus, although the owner of disputed trademarks does not apply for hundreds of trademarks (or more), but only repeatedly files for fewer than ten marks the same as the opposer’s distinctive trademarks – according to Article 4 of the Trademark Law – their bad faith can now be confirmed by the CNIPA.

Compared to Article 4 of the Trademark Law, in Article 44.1, the provision ‘other improper means’ protects the public interest rather than individual civil rights and interests. Therefore, the malicious registration of a trademark by an applicant must be considered to have resulted in ‘harming the public interest’ to a severe degree, such as hoarding hundreds of marks. In the trademark invalidation case ‘Sheer Love’, the court applied Article 44.1 to reject the registration applications of the respondent, who had copied over 700 trademarks of others for sale.

Before the implementation of this amended Trademark Law, Article 44 could only be applied when the number of trademarks an applicant had hoarded in bad faith was especially large (such as hundreds or thousands) or the applicant’s conduct was particularly malicious. Article 4 of the Trademark Law lowers the threshold for attacking malicious trademarks and allows for action to be taken against particular malicious trademarks which have not reached the level of harming public interests. In light of the amended Trademark Law, the key point for us is to make full use of the relevant judicial interpretations to clarify the two elements of ‘not for the purpose of use’ and ‘malice’, so as to effectively and accurately strike against the malicious trademarks. 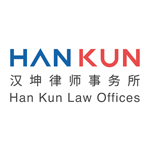 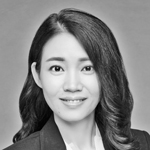 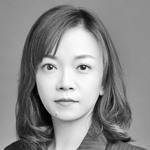