On 1 January 2020, new regulations came into force as a consequence of several amendments published in the Mexican Official Gazette on 9 December 2019.

Among these regulations, the legislative branch introduced new powers to the Federal Tax Code under which the tax authorities will be entitled to restrict, and eventually cancel, the tax certificates used by the taxpayers to issue deductible tax receipts.

The objective of this legislative decision is to broaden the legal spectrum on which the tax authorities will be able to obstruct the billing cycle of companies, as this has proven effective in compelling taxpayers to regularise their tax situation.

However, some of the new powers introduced into tax law could be very dangerous for companies and may become an instrument for some inexcusable abuses from the tax authorities.

Since 2014, the tax authorities in Mexico were entitled to cancel the certificates used by the companies to issue tax receipts in four scenarios: (i) the omission of three or more tax returns; (ii) the disappearance of the taxpayer during an administrative enforcement proceeding or tax audit; (iii) simulation or false operations detected during a tax audit or (iv) infringements relating to the Federal Taxpayer,s Registry, tax returns or accounting records.

As a consequence of several objections regarding the lack of legal framework to avoid the cancellation of tax certificates, in January 2020 a new procedure was introduced. Under this procedure, the tax certificate can still be used while the taxpayer tries to demonstrate before the tax authorities that the supposed irregularities did not take place.

Approach to the problem

The new regulation has some serious implications because, although the taxpayer will have the opportunity to explain or refute the irregularity observed during an explanatory procedure, once such procedure concludes, if the tax authorities did not agree with the taxpayer’s arguments, it will have to litigate its case before the tax courts with no possibility to continue issuing tax receipts.

Under these circumstances, some taxpayers could be unable to carry on any further judicial procedure against the invalidation of their tax certificates, as their activity will be completely paralysed as a consequence of the impossibility of issuing tax receipts.

Therefore, the measure under analysis could make it virtually impossible to prosecute the tax authorities for the potential illegal cancellation of a tax certificate.

The situation gets worse if we consider that, in the newest modifications to the Mexican Federal Tax Code, the legislative branch included several new potential scenarios in which the tax authority can restrict, and eventually cancel, the certificates used by taxpayers to issue tax receipts.

The new scenarios are: (i) the issuance of a negative resolution of a procedure to determine the non-existence of operations for tax purposes; (ii) the designation of an incorrect tax domicile; (iii) discrepancies between tax returns and tax receipts; (iv) the designation of false or incorrect contact data and (v) the improper transmission of tax losses.

Consequently, it is almost certain that the cancellation of tax certificates will increase as a measure to fight improper conduct by taxpayers.

The collateral damage will be that several taxpayers could receive illegal resolutions determining some of these new irregularities, and they will be obliged to fight such illegal resolutions before the tax courts with no possibility to continue issuing, in the meantime, tax receipts.

These circumstances could seriously affect the taxpayer’s right to an effective defence, as they will be unable to continue their billing cycle during the whole judicial process.

Traditionally, the tax courts have considered that no precautionary measure was appropriate against the cancelation of a tax certificate, as a consequence of the importance of fighting tax avoidance.

However, given the gradual increase in cases in which the tax authority can invalidate a tax certificate it would be valuable to reconsider such stance, as precautionary measures against illegal resolutions issued by the tax authorities could become very important to guarantee the taxpayer’s right to a legal defence (given the fact that, a taxpayer who cannot issue tax receipts could be unable to prosecute all the corresponding legal actions before the tax court).

Finally, in case of any contingency derived from the cancellation of a tax certificate, constitutional measures such as an amparo lawsuit should be considered, although – once again – the main problem will be the difficulty of enduring the whole constitutional process with no possibility of issuing tax receipts.

Therefore, in this case, the taxpayer’s right to an effective legal defence rests, fundamentally, in the willingness of the courts to grant precautionary measures against potentially illegal resolutions issued by the tax authorities. 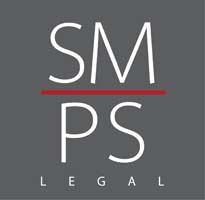 SMPS Legal in The Legal 500