In 2018, Russia was the host country of the FIFA World Cup. That was an extraordinary and successful event for our country, taking place in 11 cities across Russia. FIFA – the world governing body of football and the organiser of the World Cup (held for the first time in 1930) – undertakes lengthy preparations for the event, including organisational and administrative activities. Among other issues, IP protection plays an essential role in the tournament’s commercial success.

It is a general practice to obtain appropriate trade mark protection for the names of such major sporting events that consist of the name of the host country and the year in which the event takes place. FIFA owns exclusive rights to tournament names in many countries around the world, including Russia, for example Brazil 2014, South Africa 2010 etc. The designations Rossya 2018 (Russia 2018 in Cyrillic), and Russia 2018, are no exceptions and they were duly granted protection by the Russian patent and trade mark office.

It goes without saying that by registering such trade marks, FIFA does not intend to prevent bona fide traders from using the country name elements separately. Such registrations are done, first of all, to counteract possible misuse or imitation of the official FIFA symbol.

In 2018, as a result of FIFA enforcement litigation, a Russian brewery ‘Afanasy’ was declared liable for breaching competition law. As a countermeasure Afanasy filed an invalidation action against the Russian part of FIFA’s international trade mark registration for Rossya 2018 as this trade mark formed one of the grounds for FIFA’s successful litigation against Afanasy.

Afanasy’s claims against the registration of the Rossya 2018 trade mark were based on the following: the contested registration contradicts public interests and principles of humanity and morality; the mark is misleading as regards the product or its manufacturer; and the mark is not distinctive.

As a result of consideration of the case at the Russian patent and trade mark office (chamber for patent disputes) Afanasy’s claims were rejected in full. According to the Russian legislation, the designations which contradict public interests are those containing offensive words, expressions, depictions, words and expressions of foul language, designations in which the official symbols are used improperly and any other designations which are directed against the public order. Obviously, the contested registration does contradict these and there is nothing in the mark that may be viewed as threatening the public order.

Under designations that contradict public interests, principles of humanity and morality, we normally mean unlawful, hateful, offensive words, or expressions and depictions containing religious symbols, as well as other designations which have negative connotations. The contested mark does not qualify as one of those designations as there is nothing offensive, hateful, unlawful or negative in the context of the registered mark.

Afanasy insisted on the fact that by registration of the mark, FIFA is trying to monopolise use of the elements Russia and 2018 and therefore was abusing the exclusive right. To the contrary, the registration of the contested mark should not be considered as abuse of rights as there is no decision by the Russian component bodies confirming such abuse. The mark is registered as a whole and FIFA was not trying to monopolise use of the word Russia and the numeral 2018 separately from each other, but merely aimed at protecting a designation that identifies the FIFA World Cup tournament. Therefore, the legal monopoly in relation to the mark as a whole shall not prevent any party from using the elements in isolation in a descriptive manner during their commercial activity.

The misleading ground for opposition was based on the fact that the subject trade mark incorporates the word Russia whereas its owner originates from Switzerland. Afanasy’s statement was not well grounded as the subject trade mark is intended to be used in connection with the FIFA World Cup held in Russia. The event was widely covered by the Russian media and, hence, the accompanying trade mark Russia 2018 – being the official symbol of FIFA – is strongly associated with its owner, FIFA. Therefore, consumers cannot be misled as to the place of origin of the applied goods and services. Besides, the opponent failed to produce any evidence of prior intensive and longstanding use of a similar mark for similar goods/services by other enterprises in Russia which could potentially serve a basis for arguing that at the priority date the contested trade mark was associated in the consumer’s mind with a different entity. On the contrary, internet searches clearly confirm that the contested mark is used in connection with the FIFA World Cup 2018 that took place in Russia. The contested mark is officially recognised to be an official FIFA symbol of the FIFA World Cup 2018 which is inextricably linked to Russia as the host country and therefore consumers in Russia are well aware of this event and the accompanying signs. They were not misled as to the origin of goods and services.

Furthermore, the mark is distinctive enough due to the fact that the mark must be viewed as a whole. If considered in such a way, it is associated with a particular FIFA event that took place in Russia in 2018. That event and its official symbols, including Russia 2018, were extensively covered by the Russian and international media and promoted in Russia for a long time. They therefore have acquired additional distinctiveness among Russian consumers.

Last but not least, the contested mark is one of the official symbols recognised and enjoying protection in Russia by virtue of the unique Russian Federal Law on FIFA World Cup 2018. The law in particular establishes FIFA’s exclusive right in such sign. Registration of the contested mark is aimed at protecting one of the main official symbols of the World Cup 2018 organised by FIFA and reputation of Russia as a host country of this event. 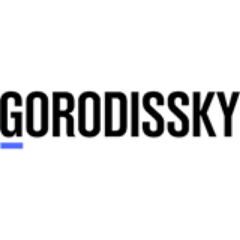