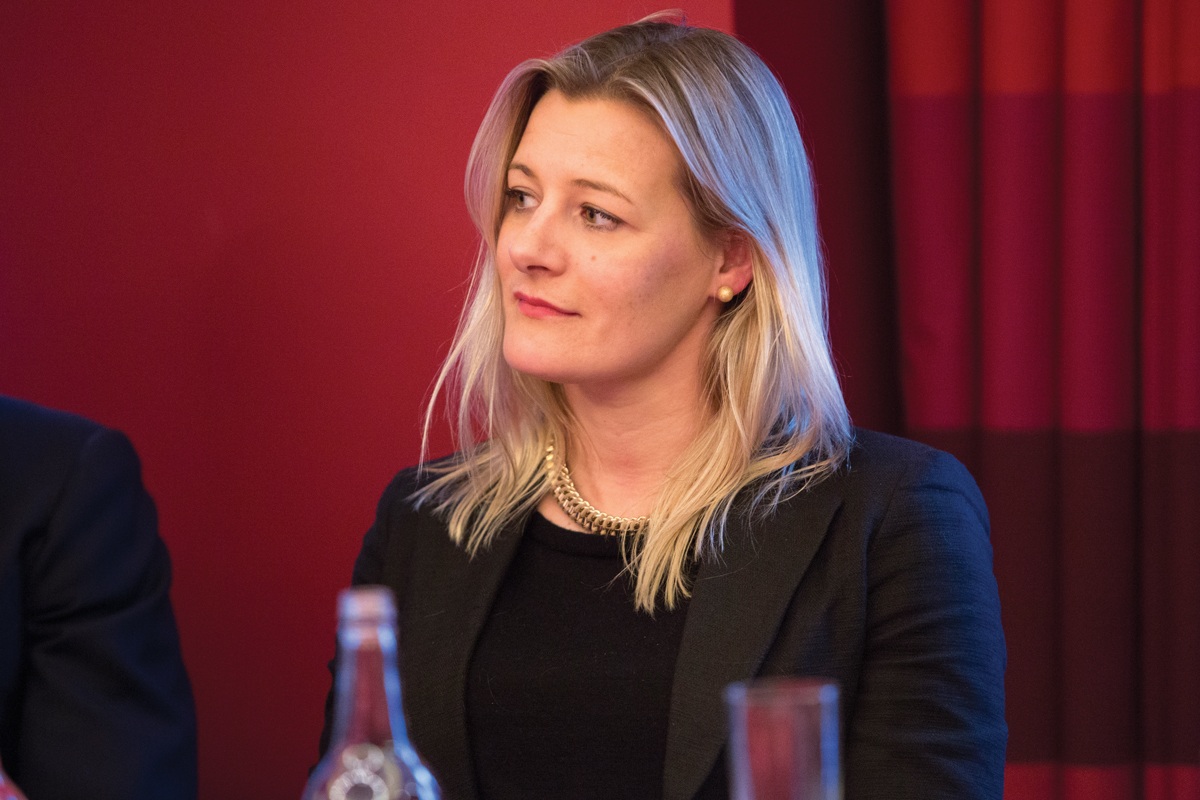 Maybe it was the fear of being kidnapped in South America that drove RSA group chief legal officer and company secretary Charlotte Heiss into the insurance business. Or maybe it was catching hypothermia while diving the wreck of bombed Greenpeace ship, Rainbow Warrior, in New Zealand. Or maybe it was drinking vodka with aluminium smelter workers in Siberia while trying to do due diligence on a deal.

Throughout her life Heiss has navigated many a challenging situation, stretching back to when a careers counsellor told her she should marry a lawyer rather than become one. So it is not surprising that she admits the insurance industry seemed unglamorous to her as a Linklaters associate when an in-house role first came up at RSA in 2010.

‘The clients I worked for at Linklaters included Glenmorangie, Greene King – these fast-moving consumer goods or luxury goods companies. But I was persuaded to come to the interview at RSA and quickly realised that the product – so long as it’s a tangible thing – is less relevant than: is it a good team? Is it well regarded? What’s the quality of work?’

She has not looked back since she joined, either – rapidly ascending from legal counsel to the group’s top lawyer in just six years. And all before turning 40. Heiss, who featured as a rising star in the Legal Business 2014 GC Powerlist, has experienced plenty along the way. She might not have even got into law if that counsellor had had their way: or maybe that is why she did.

‘I didn’t grow up with money and I went to quite a bad school, which made me want a professional career. My understanding of what that meant was limited to what I’d seen on TV, so in my mind I could be a doctor, a lawyer or a teacher: I wasn’t crazy about kids and I didn’t really like blood, so I figured I should be a lawyer.’

I told the careers counsellor: “I want to be a lawyer,” to which she said: “Oh dear, perhaps you’ll marry one?”

That decision was made when she was nine years old. The incident with the careers counsellor came a few years later, leaving her angry and determined. ‘She said to me: “What do you want to do when you grow up?” I replied: “I thought I’d like to go into the law”, and she said: “We’ve got some legal secretary courses we can put you on.” So I replied: “No, I want to be a lawyer,” to which she said: “Oh dear, perhaps you’ll marry one?”’

That exchange prompted a move to a different college and a successful application to Cambridge to read law. Heiss landed a training contract at Linklaters before graduating in 2000 – a time when she says firms were falling over themselves to entertain prospective employees at university. But the whole Oxbridge law experience was a culture shock: ‘I remember going to university and sitting there at the first formal dinner wearing a gown thinking that this is the most ludicrous experience. Grace was being read in Latin and I was thinking: “I don’t fit here, this is madness.” Then you look up and notice there are other people thinking this is bonkers as well and those people become your friends.’

Heiss had some time between law school and starting at Linklaters in 2002 so took out a loan and travelled: a theme of her early working life, too. South America, the US, Australia and New Zealand formed the tour.

She started in financial markets as a trainee before moving into corporate, where she speaks fondly of the buzz of deals and working with a team headed by former Linklaters veteran, and now Jardine Matheson general counsel, Jeremy Parr.

‘We worked really hard, but we had a really good time and we were all learning loads and worked on some fantastic stuff,’ she says. Highlight deals there included working on the Lloyds TSB placing and open offer for Halifax Bank of Scotland in 2008, as well as a $30bn joint venture between Russian aluminium giants Rusal, Sual and the alumina assets of Glencore.

On the latter transaction, Heiss recalls: ‘I had to do a due diligence trip to outer Siberia, which is not a location I would recommend, either for a holiday or a due diligence trip. I was the only woman on the DD team, the only lawyer, and it’s fair to say there were some fruity, quite difficult, situations to navigate. There was a lot of vodka and a lot of people to deal with who had only ever experienced life working in an aluminium smelter and drinking lots of vodka, so I had some near misses.’

Another deal for a French company doing a joint venture in South America was hairier still, though again something Heiss categorises as a learning experience rather than a negative. As she got off a plane in Colombia to complete the transaction, the client got a call.

They said: “We don’t want to alarm you, but there’s a kidnap risk.” I called the partner in London and said: “If I get kidnapped, what’s the policy on ransom?”

‘They said: “We don’t want to alarm you, but a third party has found out about the transaction and there’s a bit of a kidnap risk.” Then he said to me: “As the only woman on the deal team, you’re probably a slightly elevated risk.” So I called the partner back in London and said: “If I get kidnapped, what’s the policy on ransom?”

‘I had to ask the question. Even so, being prepared to travel – I was young and didn’t have my kids – and just being able to say yes to those more exotic M&A deals meant I travelled so much and when you’re travelling you get more responsibility in terms of the negotiating than you might otherwise.’ Secondments to UBS and National Grid followed, as well as a stint in Shanghai battling with four-hour long board meetings in Mandarin.

‘I wanted to know what was being done with the advice, and the only way you can get into a business and get to know a business is to come in-house.’

When she first joined RSA in 2010, the insurance giant was in acquisition mode, but then ‘accounting irregularities’ from senior executives in its Irish business caused £200m of losses. Stephen Hester replaced Simon Lee as chief executive in early 2014 and the group did a £773m rights issue, restructured its debt and sold more than 20 business in the next two years. A takeover bid by Zurich came and went and then in February 2016 longstanding group GC Derek Walsh left the business, with Heiss succeeding him.

‘It was really busy but also interesting work and a great profile for the team. I got to meet a lot of the board members and work with Stephen. My feet were starting to get itchy before [Walsh] left, but I had obviously been lucky enough to get the profile with Stephen and some of the board, and I was given the opportunity, so that’s how I’ve ended up where I am.’

Heiss abolished her previous role as head of group legal and brought the job under the umbrella of her chief legal officer and company secretary role. The insurance giant, which recorded £6.7bn in revenue for 2017 and employs 12,600 people, has just 25 lawyers in its in-house legal team.

Heiss says she runs a ‘federated’ model with just two lawyers in London and others spread between its businesses in Canada, Scandinavia, Ireland and the Middle East. The team has shrunk in tandem with the reorganisation of the business in recent years.

Highlight projects at RSA have included the ‘sexy’ M&A – such as the £834m disposal of UK legacy liabilities to the Enstar Group in 2017 – alongside more difficult nitty gritty tasks like GDPR and establishing a financial crime framework across the company. Brexit preparedness is also being led by Heiss’s team.

‘All of that’s much harder than doing a deal. That’s the tricky stuff and that’s the stuff, certainly in private practice, that I didn’t see my clients doing day in, day out.’

Her team operates on two main principles: being in the room and prioritising. ‘If you don’t know what’s going on then you can’t add value. But also, we’re lean and there’s no desire to be anything other than that, but it means we’ve got to focus and help the business prioritise what’s coming down the pipeline and plan with them.’

At a glance: Charlotte Heiss