The UK government and the leaders of the other 27 EU member states have subsequently approved a 585-page Withdrawal Agreement setting out the terms on which the UK will leave the EU, together with a 36-page non-legally binding Political Declaration on the proposed future arrangements between the UK and the EU. The Withdrawal Agreement contemplates a transition period – which largely maintains the status quo as between the UK and the EU – until the end of 2020.

In order to take effect the Withdrawal Agreement and Political Declaration still need to be approved by the UK parliament. The parliamentary vote was scheduled to take place on Tuesday, 11 December 2018 but was postponed until 15 January 2019 due to lack of parliamentary support for the proposed deal. It is unclear what will happen in the absence of approval – a general election, an extension or revocation of the Article 50 notice – but, absent anything else, the default remains that the UK will still exit the EU on 29 March 2019 without any arrangements in place governing the terms of its exit. This has been variously described as a ‘no-deal Brexit’ or ‘cliff-edge Brexit.’

It is generally accepted that a no-deal Brexit will have an immediate detrimental effect on the UK economy. The Bank of England predicts that the UK will fall into a recession, with a fall in GDP of up to 8%, an increase in unemployment of up to 7.5%, house price falls of up to 33% and currency devaluation of up to 25%.

Most private equity firms are well advanced in their preparations to continue fundraising and deal sourcing in the UK and EU following Brexit. Much has already been written on this topic.

Anecdotal evidence suggests that less work has been done to prepare portfolio companies for Brexit. The governor of the Bank of England warned that, as at the end of November 2018, less than half of the UK’s businesses had contingency plans in place for a no-deal Brexit.

What should private equity firms be doing now?

Given the predicted economic risk attendant upon a no-deal Brexit and that the scheduled exit date is less than three months from now, the remainder of this note focuses on preparations for a no-deal Brexit.

Step 1: conduct a Brexit audit of your portfolio

Do any of your portfolio companies have any nexus with the UK? Are one or more of their subsidiaries incorporated in the UK, or do they conduct business with the UK, or with suppliers or customers that are themselves reliant on the UK?

Contractual arrangements: will Brexit prevent a party from fulfilling its obligations under a contract with the business and/or allow a party to terminate the contract; will Brexit constitute a material adverse effect under the contract or a force majeure event? Does the contract contain provisions (eg a definition of ‘EU’ or ‘EU law’) that will no longer be operative or result in unintended consequences as a result of Brexit? How will a judgment under the contract be enforced in the EU (if obtained in the UK) or vice-versa after Brexit?

Trade and supply chains: what will the impact on the business be from (i) additional tariffs, duties or import VAT (especially between the UK and EU but also between the UK and certain other countries) and (ii) delays in goods deliveries (especially between the UK and EU)? What effect will Rules of Origin have on constituent parts used in the business (both in the EU and where those parts are used in products destined for countries outside the EU)? Will additional export licences be required following Brexit? Will new regulatory approvals or product certifications be required for the business from either the EU or the UK, where currently one licence or approval covers both?

Workforce: does the business employ EU nationals in the UK or vice-versa, and has their ongoing residency status been addressed? Will Brexit result in the need to relocate employees from the UK to the EU (or vice-versa) or a downsizing? Does the business need to change roles/responsibilities/ reporting lines in the UK or outside the UK as a result of Brexit (and has the impact of such transfers been assessed)?

Data processing: on Brexit the UK will become a third country for the purposes of transferring personal data outside of the EU under the GDPR – on what legal basis will the business thereafter rely for transfers of personal data?

Intellectual property: does the business rely on EU registered design or trade mark protection? How will those be enforced following Brexit? What impact will the absence of EU geoblocking restrictions have on the business after Brexit?

Tax: what will the impact be on interest, dividend and royalty payment flows within the business if it has an EU corporate group with a UK member? Should the business consider relocating to other jurisdictions who have amended their tax laws in anticipation of Brexit?

Are you contemplating a transaction with a UK nexus? If so, have you diligenced and understood the Brexit risk?

For active deals that have not yet closed:

Pricing: have you checked whether Brexit will impact the pricing of your transaction? For example:

If the transaction is subject to a post-closing purchase price adjustment, you should consider whether the occurrence of Brexit will result in a change to the actual net debt and/or working capital as compared with the respective estimates given at closing, and what impact that will have on the parties’ obligations under the sale and purchase agreement?

Financing: what impact will Brexit have on your transaction financing? For example:

In anticipation of an economic downturn, would financial covenants be tripped in your loan agreements? Should you consider refinancing given the current attractive market terms and erosion of covenant protection? Even if covenants cannot be eliminated altogether, can you negotiate higher headroom on the covenants and/or incorporate more generous addbacks?

If the target’s earnings before interest, taxes, depreciation and amortisation (EBIDTA) are spread across multiple jurisdictions, how will Brexit impact the structuring of the debt pushdown in each relevant jurisdiction and any subsequent cash repatriation for servicing of the debt?

Warranties/indemnities: have you checked whether Brexit will result in a breach of warranty / indemnity under your sale and purchase agreement? For example:

If closing of the transaction will take place after 29 March 2019 and warranties/indemnities must be repeated at closing, you should consider whether the seller will be able to repeat them on an unqualified basis and, if not, what impact that will have on the parties’ obligations under the sale and purchase agreement, including to close the transaction?

Closing conditions: have you checked the effect of Brexit on your conditions to closing? For example:

Does the transaction qualify for merger control in the EU and one of the parties to the transaction has a significant UK presence? If so, you should consider (i) whether a UK filing will be needed, and (ii) whether an EU filing is still needed since UK sales will no longer count towards EU jurisdictional thresholds.

If the transaction qualifies for review in the EU and the UK, you should consider whether the timing differences between the EU and UK merger control processes will impact the transaction timetable and the wording of time-sensitive provisions in the agreement (eg filing deadlines, longstop date).

If the transaction will trigger a filing in the EU and the UK, you should consider whether this is adequately reflected in the wording of merger control-specific provisions (eg co-operation obligations, potential divestments). 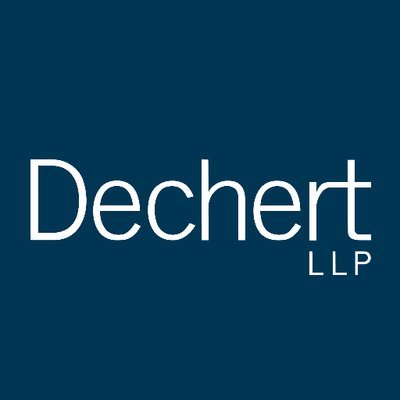