In Mexico, corporate governance best practices have been part of the business environment for the last 20 years. Since 1999, following the OECD Principles (which in turn used the recommendations of the Cadbury Report to varying degrees), the first voluntary Mexican Best Corporate Practices Code (CMPC), issued by the Mexican Business Co-ordinator Council was published. However, the compliance of CMPC is only mandatory for listed companies pursuant to the General Provisions Applicable to Issuers of the Securities Market.

Corporate governance matters’ regulation and operational rules regarding companies in general (other than those listed on the Stock Exchange and depending on their specific nature), are governed by: (i) the General Law of Business Companies (LGSM) and (ii) the Securities Market Law (LMV).

In recent years, Mexican multinational companies, non-profit organisations and private family-owned entities have made significant efforts to introduce strong focus on governance and reaching stability, although there is still a long way to go compared to the leading countries in the world.

Board conformation is a wide interest area for investors, due to its strong relationship to shareholder representation and the strategic role they play in the company. To become an agile and efficient board, shareholders have to consider the company’s size and maturity to define the right number of directors. On average, there are 12 directors on Mexican boards, compared to an average of 14 in Germany. However, some of Germany´s biggest companies only have seven directors on their boards, which shows that board composition can vary depending on the relevant company’s specific needs and principal-agent relationships.

Independent board members are known for assisting companies to avoid conflicts of interest and incentivise a better decision-making policy by contributing an external and a unbiased opinion. Even though the LMV requires a minimum of 25% independent directors in public companies, these corporations have almost 50% of independent directors in their boards. However, in countries such as Finland, Denmark and Germany, the percentage is approximately 80%.

Comparing these numbers with some of the most advanced European countries, directors’ average age in Mexico is close to that in countries such as Germany (58) or Finland (59).

One quarter of companies’ directors in Mexico are engineers, followed by 20% that are business administrators, of which 45% studied industry-specific programmes. Other common graduate and postgraduate degrees include accounting, economy, law and finance majors.

Board committees – structure and composition

According to Deloitte’s Best Corporate Governance Practices Study, involving a wide range of Mexican SMEs, 66% have an audit committee, 56% a finance committee and 44% a risk committee.

As mentioned above, Mexico has enacted (mainly for listed companies) operational rules that define important interventions and influences of the shareholders in a company’s decision-making through corporate governance, such as director elections, auditor selection, shareholders rights, and board structures. However, these important issues are not widely practised in non-regulated companies. In Mexico, shareholders vote on a fewer number of corporate issues compared with some other countries.

Mexico has worked through the years to become one of the strongest countries in America in corporate governance matters, starting with the first CMPC to the latest legal amendments in 2018. From a legal point of view, Mexico has developed a mandatory framework for publicly listed companies with requirements that contribute to a safer and more attractive market, with policies particularly focused on establishing and implementing several mechanisms to avoid liabilities from a civil, commercial, tax or criminal standpoint. Furthermore, the CMPC addresses with more detail the complementary elements of corporate governance, encourages investment and develops a more stable and trustworthy economy.

When analysing Mexico’s current position, we need to think creatively about incentives that may foster the inclusion of non-regulated companies into corporate governance, by showing that such controls and mechanisms will generate value to investors and shareholders in the long term. Mexico has a long way to go. However, there are some political changes that can shape the business and compliance environment in the country (mainly from a tax and regulatory perspective).

With a large number of family-owned businesses, Mexico can become a governance world leader in matters such as institutionalisation guidelines, better decision-making procedures, and an adequate wealth management and succession planning.

Finally, trendy topics such as gender equality, workers’ union representation, remediation of conflicts of interest, anti-discrimination, anti-money laundering, transparency, and governmental-independence rules, are becoming highly relevant for shaping the corporate governance structures in Mexico in the near future.

Deloitte Legal in The Legal 500 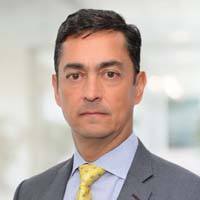 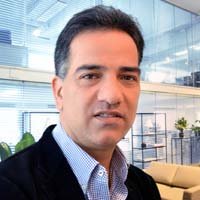 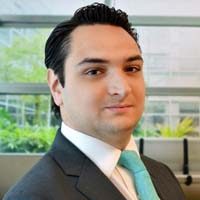